The government expects its subsidy burden to increase by a little over 13 per cent in the current financial year to Rs 338,949 crore over last year’s revised estimate.

The estimates are higher than the interim Budget subsidy of Rs 334,235 crore, though the government continues to underestimate petroleum subsidy numbers, indicating a rollover of dues that it pays to public sector oil marketing companies for selling LPG and kerosene below market rates.

The provision is same as what was provided in the February interim Budget presented by Union minister Piyush Goyal.

Fertiliser comes next at an estimated Rs 79,996 crore, which is higher than what was provided in the interim Budget.

Both food and fertiliser subsidies have been increasing over the years though the government is resorting to issuing bonds to the Food Corporation of India. In the case of fertiliser subsidy, there are ongoing arrears.

The amount would have been adequate for the current year had there been no rollover of subsidy from last year.

According to K Ravichandran, senior vice-president and group head-corporate ratings, Icra, the subsidy provided for FY20 is adequate but the backlog will continue to remain, necessitating high working capital borrowings for the PSU OMCs, as has been witnessed in FY19.

“So, the under provision of subsidy will be a marginal credit negative for the PSU OMCs. Any sharp fall in oil prices and rupee appreciation will give some relief to the OMCs,” he said.

One of the reasons petroleum subsidy has been going up is the increased LPG penetration. Under the Ujjwala scheme, BPL households are provided free LPG connections while all customers with annual household income of less than Rs 10 lakh get 12 subsidised cylinders.

For any refill above that the customer has to pay the market-linked price. 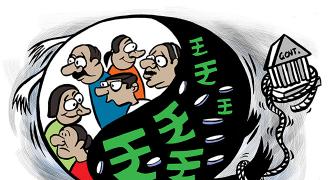 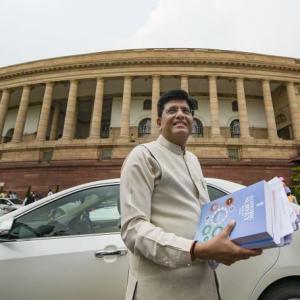