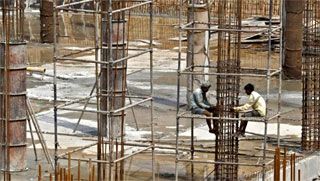 The Union Budget for 2015-16 might give a tax boost to the liberalised depository-receipt regime, real estate investment trusts (REITs) and Infrastructure Investment Trusts (InvITs). This would give a fillip to the revamped fund-raising avenues in the securities market. REITs, InvITs and depository receipts (DRs), notified last year, have found few takers because of lack of tax clarity.

According to people privy to the developments, the Budget, to be presented on February 28, could announce tax exemption for DRs issued on the back of securities other than ordinary shares.

REITs and InvITs are likely to see an exemption from the minimum alternate tax (MAT), too. 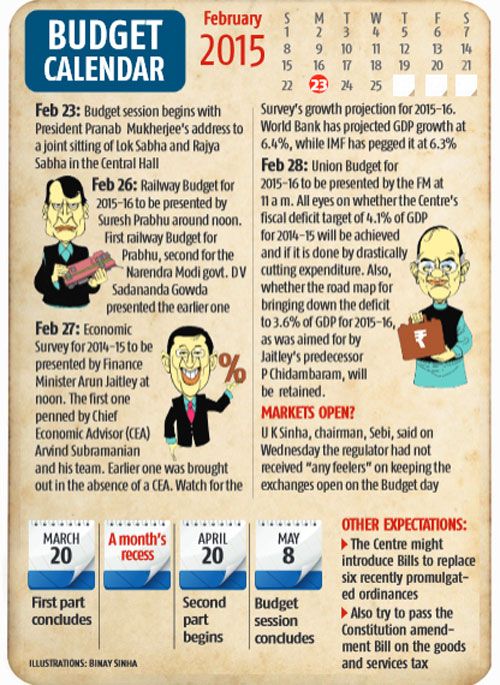 However, under the Income Tax Act at present DRs do not include the receipts issued on the back of securities other than ordinary shares.

"The provisions of the I-T Act need to be amended to include DRs issued on the back of other securities for tax benefit. This is likely to be provided for in the Union Budget," said a person close to the development.

The M S Sahoo committee, on whose recommendations the DR regime was notified, had said conversion of DRs into permissible securities and vice versa not be taxed in India.

Another recommendation was that tax treatment for tendering shares by shareholders of a listed company for issue of DRs be aligned with that of share sale on an exchange, which would mean exemption from long-term capital gains tax. This is also likely to be accepted by the Centre. Tax experts said there was a need for equitable tax treatment and clarity for the instruments to take off.

"For any commercial decision it is important that companies have a clarity that if the ambit of DR has been widened, does it extend to tax treatment as well. Because in the absence of this clarity any business decision to tap this alternative avenue for raising funds could also be driven by the taxation meted out to them," said Rajesh Simhan, head of international tax practice at Nishith Desai Associates.

Finance Minister Arun Jaitley, in his second Budget next month, is also likely to announce measures to make REITs and InvITs more tax-friendly. At present, there is a three-year lock-in period for investments in REITs if one wishes to be exempt from capital gains tax. This could be reduced to be on a par with listed securities. For listed securities, one can avail tax exemption from capital gains after a year.

Jaitley is also said to be considering completely exempting REITs and InvITs from MAT (applicable to profit-making companies that do not fall under the tax net due to exemptions).

"The idea behind granting a 'pass-through' status to REITs was not to levy MAT on those. It is a technical issue we are working to resolve," the person close to the development added.

The Securities and Exchange Board of India (Sebi) had cleared REIT and InvIT regulations in August last year, after the Centre announced the tax instrument would be given a 'pass-through' status. After notifying the norms, Sebi had raised the tax-related issues with the government and is currently talking to the finance ministry.