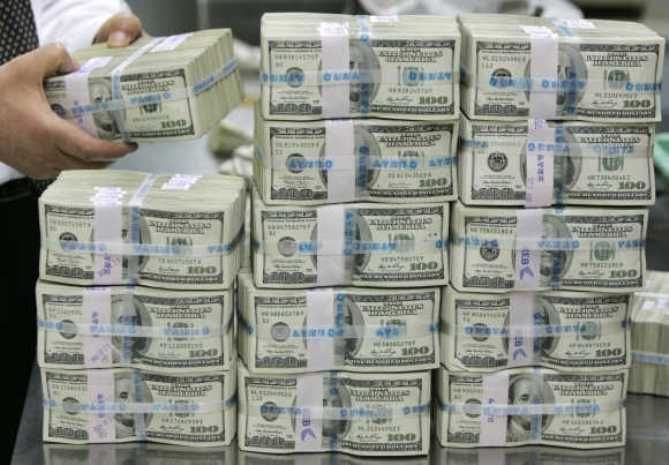 A ‘war-chest’ of foreign exchange reserves worth up to $1 trillion in the long run can help India bolster its geo-political influence in an increasingly inter-connected economic world, says the Economic Survey.

"If power used to flow from the barrel of a gun, in an increasingly inter-dependent economic world, hard and soft power derive from a war-chest of foreign exchange reserves.

“China's abundant reserves have highlighted this fact," said the survey for 2014-15 tabled in Parliament on Friday.

"China, in its own heterodox and multiple ways, is assuming the roles of both an International Monetary Fund and a World Bank as a result of its reserves," it added.

Chief Economic Advisor Arvind Subramanian in his maiden survey said a larger issue on the external front is geo-strategic.

Since acquisition of reserves ‘is not costless’, the survey said there is also a need to undertake a cost-benefit analysis.

Touching upon the link between foreign exchange reserves and geo-political influence, the report said that China has de-facto become one of the lenders of last resort to governments experiencing financial troubles.

According to the survey, reserves provide a cushion against shocks, creating economic and financial resilience.

"The question for India, as a rising economic and political power, is whether it too should consider a substantial addition to its reserves, preferably its own reserves acquired though running cumulative current account surpluses, possibly targeting a level of $750 billion -- $1 trillion over the long run," it said. 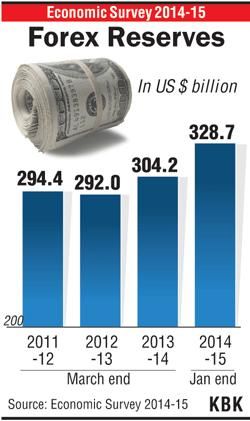 At the end of January this year, India's foreign exchange reserves stood at $328.7 billion.

"The acquisition of reserves is not costless because it requires a policy of mercantilism and consequential distortion of financial and exchange markets. But there is a cost-benefit analysis that needs to be undertaken," the survey said.