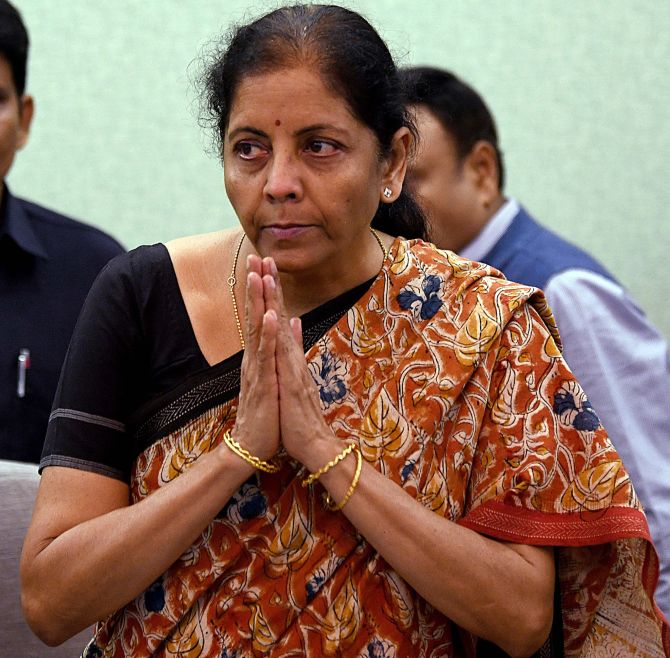 With tax revenue slowing in a sputtering economy, some states on Wednesday suggested Finance Minister Nirmala Sitharaman to go for fiscal expansion and relax the deficit target to 4 per cent of the GDP.

The finance minister in her July Budget reduced the fiscal deficit target to 3.3 per cent from an earlier 3.4 per cent for 2019-20.

Keeping in mind its fiscal deficit target, the government has stayed with the borrowing plan for the fiscal as announced in the budget despite a sharp cut in corporate tax rate that is expected to cost Rs 1.45 lakh crore.

"The biggest take home from Pre- Budget discussion of FMs is suggestion by Bihar and Kerala to raise the fiscal deficit limit to 4 per cent.

“It was agreed to large number of states. In current year real expenditure of states will decline- a crazy macro outcome in time of recession," Kerala Finance Minister Thomas Isaac said in a tweet after pre-budget meeting in New Delhi.

Some experts have already predicted that the fiscal deficit is expected to rise to 3.6-3.8 per cent of the GDP during the current fiscal due to weak revenue collections resulting from sluggish economic growth and government's sweeping corporate tax rate cut.

Many economists, including former RBI Governor Raghuram Rajan, have expressed fear of India getting into a slow growth high inflation or stagflation mode.

Rising food prices pushed retail inflation in November to an over three-year high of 5.54 per cent, while industrial sector output shrank for the third month in a row by 3.8 per cent in October, indicating deepening slowdown in the economy.

India's economic growth slowed to a 6-year low of 4.5 per cent in the July-September quarter.

With inflation rising, fears of stagflation -- a fall in aggregate demand accompanied by rising inflation -- have resurfaced.