The moves on basic income for farmers - Rs 6,000 per person in three installments per annum - and subsidised agricultural loans are likely to boost the rural economy through consumption in the near-term, but will have a fiscal cost, it noted. 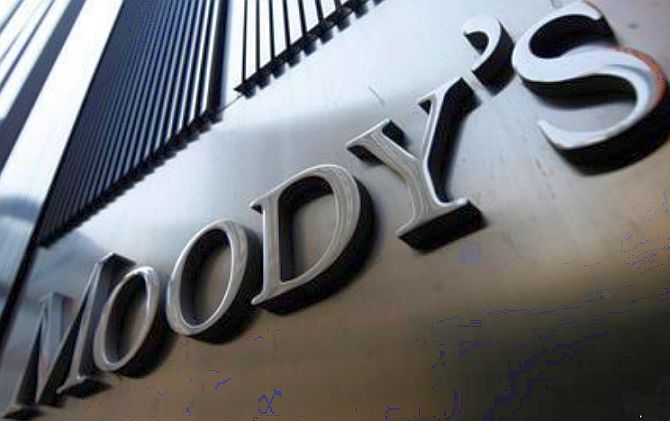 Terming the inability to meet fiscal deficit target for four consecutive years as a big "credit negative" for the sovereign, global rating agency Moody's on Friday doubted if the country will meet even the 3.4 per cent fiscal gap target for FY20.

The agency said in the interim budget there is an absence of new policies to boost revenues but has many measures leading to higher expenditure which though will increase consumption will also increase the fiscal burden.

The budget pegs fiscal deficit slipping by 10 bps to 3.4 per cent for the current year, courtesy an income support scheme for farmers and expects it to stay at the same level in FY20 as well.

"Ongoing slippage from the budgeted fiscal deficit targets over the past two years, and our expectation that government will face challenges meeting its target again in the year to March 2020 does not bode well for medium-term fiscal consolidation.

"We view this continued slippage as credit negative for the sovereign," the agency said in its quick note on the interim budget.

The debt burden is the "biggest credit challenge" and is not expected to diminish rapidly, it said, adding the low income levels lead to significant development spending needs and constrain the scope of tax base broadening.

Moody's -- the only one among the global agencies to upgrade the outlook on the sovereign rating -- however, said fiscal deficit numbers are as per its expectations.

Welcoming policies aimed at promoting expenditure efficiency through rationalisation of government schemes and better-targeted delivery, including through direct income transfer schemes, as "credit positive", it said it takes time to bear fruit.

The moves on basic income for farmers - Rs 6,000 per person in three installments per annum - and subsidised agricultural loans are likely to boost the rural economy through consumption in the near-term, but will have a fiscal cost, it noted.