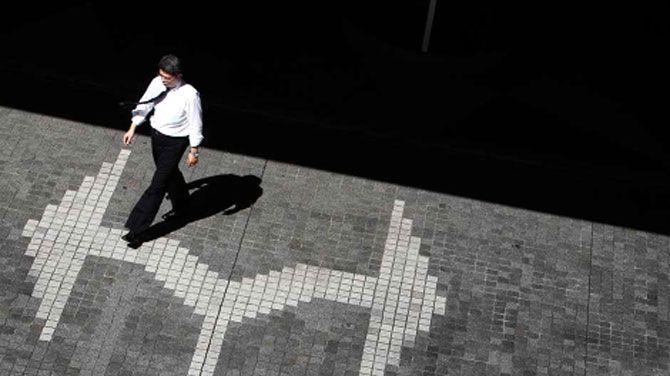 FY17 Budget is expected to include a roadmap on corporate tax reduction and exemption rationalisation. Finance Minister Arun Jaitley in his 2015 Budget speech announced the government's intention to rationalise exemptions and reduce the corporate tax rate to 25 per cent from 30 per cent in FY17-FY20.

The tax department published a draft proposal on this in November 2015. A concrete roadmap, with a defined timeline, will be announced in the February 29, 2016 budget speech. Such a reform is necessary as the current tax framework is complicated.

India is perceived to be a high tax levying country. The basic corporate tax rate is 30 per cent, but the government’s realised tax rates are much lower at 23 per cent (Figure1) because of a range of exemptions. These exemptions and incentives, besides complicating the tax structure, favour larger, profitable companies. The current structure has also led to multiple litigations, worth over Rs 5 trillion ($80bn) as of September 2014, resulting in high tax administration costs.

The likely impact on the fiscal deficit and investment

We will watch whether the roadmap addresses two issues. First, the government intends to make this exercise revenue-neutral for the fiscal deficit.

However, the fiscal constraints it faces are challenging, and we would need to see whether this objective is achieved over the medium term or annually (see On the Ground, 16 February 2016, ‘India – All eyes on the budget’). We estimate tax loss of Rs 50-60 bn in FY17 (starting April 2016) on a 1 per cent cut in the corporate tax rate.

Second, the government needs to strike a balance between simplifying the tax structure and phasing out exemptions, so as to have a minimal adverse impact on investment. If industry perceives the rationalisation of incentives/exemptions as another headwind to investment/exports, it could negatively affect sentiment in the near term.

Corporate tax rationalisation is a much needed reform

In today’s globalised economy, a country’s tax structure is an important factor in the ease of doing business with it.

(a) Inefficient allocation of resources between investments that are granted incentives and those that are not,

(b) A higher tax rate than needed if all firms were subject to the same tax regulations, and

While the cost of exemptions and incentives could be substantial, the economic benefits that accrue solely due to tax incentives are less clear and not easily quantifiable. Hence, the cost-effectiveness of tax incentives is often questioned. 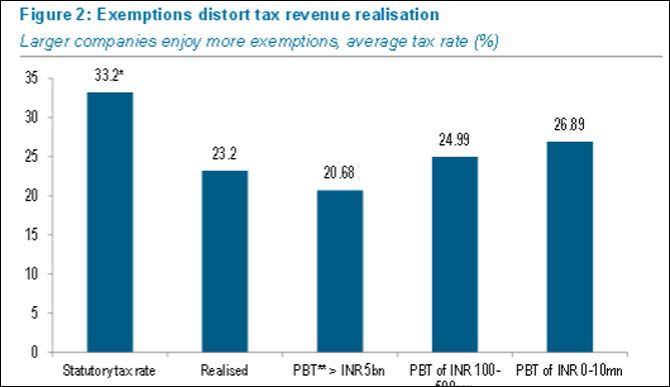 Burgeoning tax litigations are another concern

Complicated tax laws due to these various exemptions have resulted in a large number of litigations. More than Rs 5tn ($ 80bn) was locked in litigations at various stages as of the quarter ending September 2014, according to a report filed by the Central Board of Direct Taxes (CBDT) and the annual report of the Ministry of Finance.

About 35 per cent of this is currently with the judiciary; the rest is held under appeals to the Commissioner of Income Tax.