The Economic Survey states that the rationalisation and reprioritisation of subsidies through better targeting would play a vital role in fiscal consolidation and in targeting expenditure more towards inclusive development. 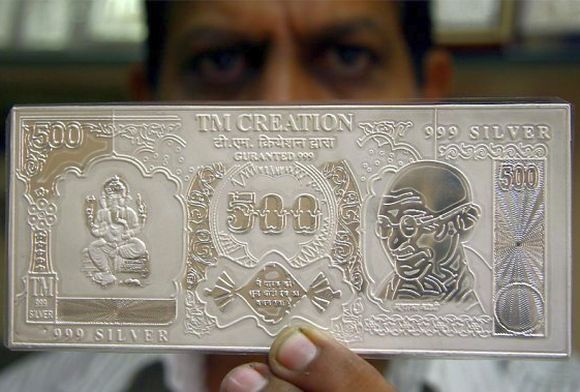 Image: Several major measures were initiated on both indirect and direct taxes in 2015-16. Photograph: Reuters

This assessment is based on pattern of revenue and expenditure in the first 9 months of the current financial year, inspite of the challenges posed by a lower than projected nominal GDP growth.

Significant increase in revenue receipts, led by buoyant indirect tax collection, higher level of capital expenditure on the plan side, lower level of subsidies and enhanced untied resources transferred to the states following the acceptance of recommendations of the 14th Finance Commission, are some of the salient developments of the fiscal performance in 2015-16 so far.

The performance of indirect taxes in the first 9 months indicates that the budget estimates are likely to be achieved and possibly exceeded, partly on account of measures taken by the government to enhance revenue by raising excise duty on petroleum product.

Besides, several major measures were initiated on both indirect and direct taxes in 2015-16.

On the issue of the subsidies, the Economic Survey states that the rationalisation and reprioritisation of subsidies through better targeting would play a vital role in fiscal consolidation and in targeting expenditure more towards inclusive development.

The total subsidy bill as a proportion of GDP is expected to be below 2% of GDP as per budget estimates for 2015-16. The 1.7% decline in majors subsidies was due to a near 44.7% decline in petroleum subsidy during April – December 2015 while other major subsidies- Food and Fertilizer-increased by 10.4% and 13.7% respectably during the period.

Quoting the data released by the Controller General of Accounts, the Economic Survey states that the fiscal deficit of the Union Government at end –December 2015, as percentage of Budget Estimate is lower than in the corresponding period of the last year.

The benign fiscal outcome so far in the year has been due to improved tax buoyancy and prudent expenditure management with assistance from the decline in oil price.

The other notable highlights of the current year have been increased tax devolution to the states, achieving the highest increase in capital expenditure in the last six year and decline in majors subsidies.

The robust growth in gross tax revenue in the first three quarter of the year was aided by the 34.8% growth in indirect taxes, with union excise duties growing by about 68%.

Direct Taxes – both on personal income and corporate income- grew by more than 10% during the period. Disinvestment receipts at end – December 2015, though higher than in the previous year, stood only at 18.5% of the BE.

Most of the 33.5% increase in capital expenditure was on the plan side. Revenue expenditure in April to December 2015 was only modestly higher by 9%.

The Economic Survey says that the robust GDP growth has kept the increasing debt of the Central Government at sustainable levels, relative to the size of the economy.

It says that the outstanding external debt which is 1.5% of GDP, is only small fraction of the total liability of the centre and is a declining proportion of GDP.

On the issue of fiscal performance of the general government (Centre plus states), the survey says that performance has been of fiscal consolidation and fiscal discipline.

Based on the first 8 months’ data of the current year, it is observed that the both the centre and the states have stuck to the plan of ensuring quality of expenditure and boosting public investment.

The survey says that the coming year is expected to be a challenging one from the fiscal point of view. The chances of India’s growth rate in 2016-17 increasing significantly beyond 2015-16 levels are not very high, due to likelihood of persistence of Global slowdown.

Further the implementation of the Pay Commission recommendations and the One Rank One Pay (OROP) scheme will put additional burden on expenditure.

Improving the quality of expenditure has been indicated as important for achieving sustained fiscal consolidation.