Indian chemical industry has an output of around USD 80 billion and ranks 12th in the world. The chemical industry which includes basic chemicals and its products, petrochemicals fertilizers, paints and varnishes gases soaps, perfumes and toiletries and pharmaceuticals is one of the most diversified of all industrial sectors covering thousands of commercial products.

It forms the backbone of the industrial and agriculture development of India and provides building blocks for downstream industries. It contributes about 3 per cent in the GDP of the country. 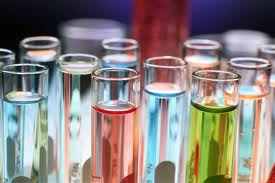 The chemicals and petrochemicals sector in India presently constitutes 14 per cent of the domestic industrial activity.

- Elimination of customs duty on Liquefied Natural Gas. Liquefied Natural Gas (LNG) is a major input both as energy source as well as feedstock for fertilizers and for petrochemicals. While duty on crude has been reduced to 0 per cent, LNG continues to attract 5 per cent duty. Due to its significant potential for value addition, duty on LNG needs to be brought down to zero level.

- Elimination of customs duty on basic petrochemical feedstock like Naphtha. At present duty on Naphtha is at 5 per cent. Duty on naphtha for production of fertilizer is already at zero level. Through a recent notification has also exempted import duty on naphtha for Haldia Petrochemicals. This needs to be made uniform for all users of naphtha for petrochemical production. Current duty on Naphtha has also resulted in duty inversion, particularly with respect to Singapore where due to FTA; duty on polymer is 2.8 per cent.

- Elimination of customs duty on basic petrochemical feedstock like Saturated cyclic Hydrocarbon Ethane, Propane and Butanes. These gases also attract basic custom duty of 5 per cent. Since these are also basic feedstock for petrochemicals, duty on these also need to be brought down to zero.

- Elimination of Customs duty on Aromatics Feedstock. Aromatic Feed Stock is used for production of Benzene, Ortho-xylene, Paraxylene and Toluene. Duty on this is 10 per cent whereas duty on main product made out of Aromatic Feedstock, Paraxylene is at zero level resulting in a major case of inverted duty.

- Elimination of Custom Duty on Crude C4's. Crude C4's is used for the manufacture of Butadiene and attracts 5

- Elimination of Custom Duty on EDC and VCM. EDC and VCM are required to produce PVC and attract 2 per cent duty. PVC produced from EDC and VCM attract 5 per cent tariff. This provides a small 3 per cent differential and effective duty protection.

- Reduction in import duty on Titanium Dioxide. Custom Duty on Rutile Grade Titanium Dioxide is 10 per cent. The product is widely used by paint industry and also for dyes and pigment sector. It is proposed that this may be brought down to 5 per cent to support the end-use segments.

- Elimination of Customs Duty on spares for Chlor-Alkali industry currently at 10 per cent.

- Elimination of Customs Duty and Clean Energy Cess on Coal for captive power generation and elimination of Custom duty on fuel oil. To help generate power at reasonable cost Customs Duty of 2.5 per cent and Clean Energy Cess of Rs 50/MT on coal should be eliminated. Similarly 5 per cent customs duty on fuel oil should be eliminated

- Expects tax-free imports of R&D equipments & consumables to the tune of 25 per cent of export earnings to be permitted.

At present, Indian Chemical Industry is facing constraints and stumbling blocks due to growing menace of dumping. Producers from Middle East (with feedstock cost advantage) and China aggressively are pursuing Indian markets due to very low tariff levels. 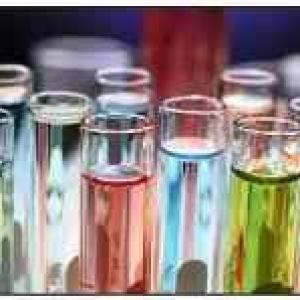