The government slashed the budgetary allocation for Bharatiya Nabhikiya Vidyutikaran Nigam (Bhavini), one of the two public sector undertakings (PSUs) for nuclear power, by 45 per cent to Rs 757 crore (Rs 7.57 billion) for the current financial year, ending March 31.

It has instead asked Nuclear Power Corporation of India Ltd (NPCIL), the other PSU, to channelise Rs 600 crore (Rs 6 billion) of equity for Bhavini's operation.

The two PSUs work under the aegis of the Department of Atomic Energy, with the aim of harnessing nuclear energy for commercial power generation.

While Bhavini, incorporated in 2003, is developing the country's first Fast Breeder Reactor (FBR), NPCIL is the sole generator of nuclear power in India, of 20,800 million units annually.

The huge reduction in the government's support for Bhavini has brought down the overall budgetary allocation for nuclear power schemes by 20 per cent to Rs 1,600 crore (Rs 16 billion) in the current financial year ending this month, according to the revised estimate of government expenditure in Union Budget 2011-12.

"The budget figures give the impression that the outlay for Bhavini has been cut. But that is not the case. Actually, NPCIL has been asked by the government to channelise a part of its equity for Bhavini this financial year, around Rs 600 crore," clarified a senior Bhavini executive.

"This would not be a problem, as NPCIL has a comfortable cash surplus. In fact, NPCIL has hardly drawn any funds from the government in the past five years." NPCIL currently holds 20 per cent equity in Bhavini.

According to the budget, NPCIL is likely to overshoot its internal resources generation target of Rs 2,891 crore (Rs 28.91 billion) for the current financial year by Rs 56 crore (Rs 560 million).

The official also informed that the 500-Mw FBR being erected at Kalpakkam near Chennai in Tamil Nadu would be fully commissioned by the end of 2012 or early 2013. "We have already received all the equipment for the breeder reactor. In fact, some parts of the system have already started working," he said.

Commissioning of the fully indigenous FBR would mark the beginning of the second phase of India's 'three-stage nuclear energy programme' and would become the second largest commercial FBR in the world after Russia's BN-600 reactor, operating since 1980.

The second stage involves using FBRs based on plutonium, which will be extracted from the spent fuel of the first stage. Finally, the country's vast thorium reserves will be used to generate electricity.

Bhavini has managed to achieve an overall 63 per cent of the physical progress required for the Rs 5,600 crore (Rs 56 billion) breeder reactor since 2003, when it was accorded administrative and financial sanction by the government.

The FBR would utilise 75 per cent of the natural uranium fed into it - as compared to the dismal 0.3 per cent utilisation of the radioactive fuel in the conventional PHWRs currently installed in India - making it "near-renewable". 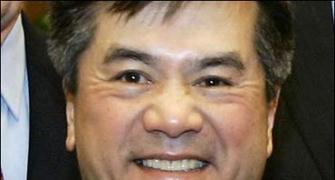 Income of Pakistan cricketers to be probed