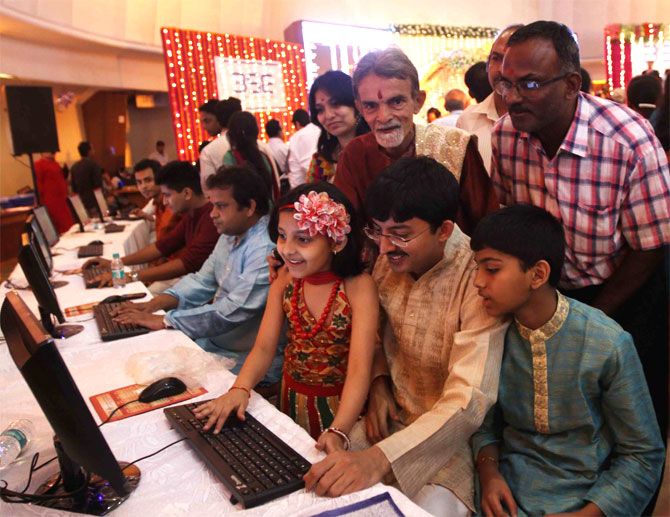 India had first entered the trillion-dollar club in June 2007, but moved out in September 2008 after a global meltdown. Once again, the Bombay Stock Exchange has re-entered the elite club. 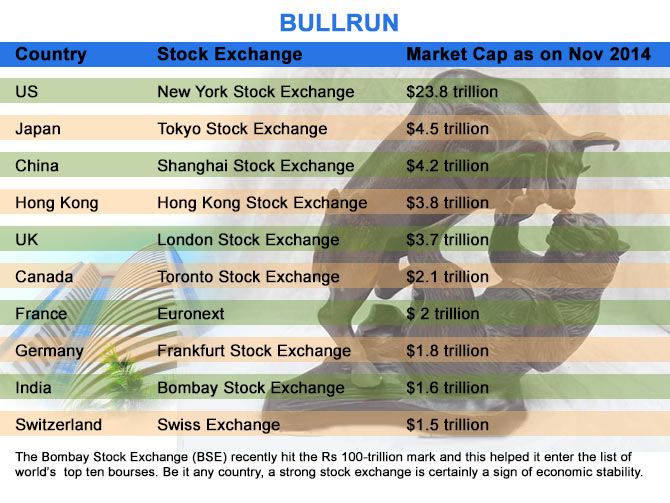 Global brokerages and economists seem to be very bullish about the performance of the Indian equity markets in medium-to-long term.

Most of the analysts have even revised Sensex’s growth target for 2015.

This can be seen against the backdrop of big gains the investors are making in the Indian stock market these days.

Investors certainly cheered the moment when the Bombay Stock Exchange crossed the Rs 100-trillion mark on November 17 this year.

On this day, the total market valuation of domestic listed companies soared to a record $1.6 trillion (at the closing rate of 61.73 USD-rupee pair) and on the same day, Sensex ended at a new closing high of 28,177.88.

Today, the BSE is at ninth position in the list of world’s top ten stock exchanges by market cap.

India had first entered the trillion-dollar club in June 2007, but moved out in September 2008 after economic crisis world over.

Meanwhile, Sensex had started scaling new heights two months before the Modi government came to power on May 16, this year.

From 22,000 levels, Sensex crossed the 25,000 mark after the Narendra Modi assumed charge as the prime minister of India.

Now, a stable government has raised hopes of a quick economic revival on the back of policy reforms.