The Securities Appellate Tribunal (SAT) has stayed a Sebi order which imposed a fine of Rs 1 crore on HDFC Bank for invoking securities pledged by stock broker BRH Wealth Kreators, till further orders. 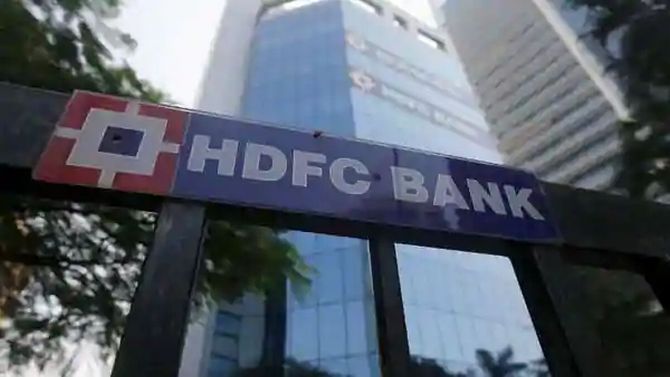 Sebi had imposed the fine and also directed the bank on January 21 to transfer Rs 158.68 crore along with 7 per cent interest per annum into an escrow account till the issue of settlement of clients' securities is reconciled.

"The fact that the circulars have been violated or not and whether the securities have been rightly invoked by the appellant requires consideration," the tribunal said in an order dated February 19 while giving three weeks time to Sebi to file a reply.

The tribunal in its order noted that HDFC Bank is one of the largest private sector bank and as per balance sheet it has assets of Rs 1,654,228 crore and therefore has sufficient financial strength and ability to furnish the amount as per the impugned order.

It is not a case where the bank will run away or will become insolvent, it added.

"We accordingly stay the effect and operation of the impugned order till further orders of the Tribunal subject to the condition that appellant will give an undertaking to SEBI that they will abide by the result of the appeal and the directions given therein within four weeks from the date of the disposal of the appeal.

"Such undertaking shall be given by a responsible officer of the appellant to be filed before SEBI within two weeks from today," the tribunal said.

It noted that "at some length prima facie we find that an ex parte restraint order dated October 7, 2019 does not operate against the appellant (HDFC Bank)".

In fact, the interim order notes that certain securities were pledged by BRH to the appellant but no restraint order was directed against the appellant restraining them from encashing the pledged securities.

It has been specifically asserted that the securities so pledged were that of BRH and were not of BRH clients and therefore there has been no violation of the circulars of Sebi which has been issued from time to time, the tribunal noted.

The proceedings of Sebi had arisen on account of non-conformity by HDFC Bank with the directions contained in the interim order issued by Sebi against BRH Wealth Kreators and other entities on October 7, 2019.

As such, the expression "assets" was extended to all properties of BRH, including securities, that were pledged by it against which funds were raised from HDFC Bank and other financial institutions, Sebi noted.

"I find the invocation of pledge of client securities available in the two demat accounts of BRH... by the noticee (HDFC Bank), was not in conformity with the directions contained in the interim order," Sebi Whole Time Member G Mahalingam said in an order passed on January 21.