State-owned BPCL has brought in a voluntary retirement scheme for its employees ahead of the government privatising the country's third biggest oil refiner and second-largest fuel retailer. A senior company official said the VRS has been brought to offer an exit option for any employee or officer who does not want to work under a private management.

"Some employees feel their role, position or place of posting may change once BPCL is privatised. So this scheme offers them an exit option," he said.

BPCL, where the government is selling its entire 52.98 per cent stake, has about 20,000 employees.

The official said 5 to 10 per cent of employees are expected to opt for VRS.

Expressions of Interest (EoI) for buying BPCL are due on July 31.

All employees who have completed 45 years of age will be eligible for the scheme, according to the VRS notice accessed by PTI.

It, however, excludes active sportspersons (employees recruited as sportsperson who are yet to be deployed in mainstream) and board level executives.

"Employees opting for VRS would be eligible to receive a compensation payment equivalent to two months' salary for each completed year of service or the monthly salary at the time of voluntary retirement multiplied by the balance months of service left before normal data of retirement on superannuation, whichever is less," it said.

Repatriation expenses, as payable in case of retirement, will also be paid. Employees who opt for voluntary retirement will be eligible for medical benefits under the Post Retirement Medical Benefit Scheme.

Also, they would be eligible for encashment of leaves including casual, earned and privilege leaves.

While those opting for VRS will neither be eligible for employment in the company's joint ventures nor be engaged as retainers/consultants/advisors, any persons facing disciplinary action will not be eligible for the scheme, the notice said.

BPCL has a market capitalisation of about Rs 97,247 crore and the government stake at current prices is worth over Rs 51,500 crore. The successful bidder will also have to make an open offer to other shareholders for acquiring another 26 per cent at the acquisition price.

While the Numaligarh refinery will be carved out of BPCL and sold to a PSU, the new buyer of the company will get 35.3 million tonnes of refining capacity. BPCL also owns about 16,309 petrol pumps and 6,113 LPG (liquefied petroleum gas) distributor agencies in the country. Besides, it has 51 LPG bottling plants.

The company distributes 22 per cent of petroleum products consumed in the country by volume as of March this year and has more than a fifth of the 256 aviation fuel stations in India. The government has appointed Deloitte Touche Tohmatsu India LLP as its transaction advisor for the strategic disinvestment process.

Public sector undertakings (PSUs) “are not eligible to participate” in the privatisation, the offer document said.

Any private company having a net worth of USD 10 billion is eligible for bidding and a consortium of not more than four firms will be allowed to bid, it said. 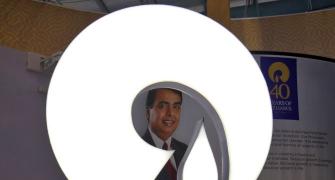