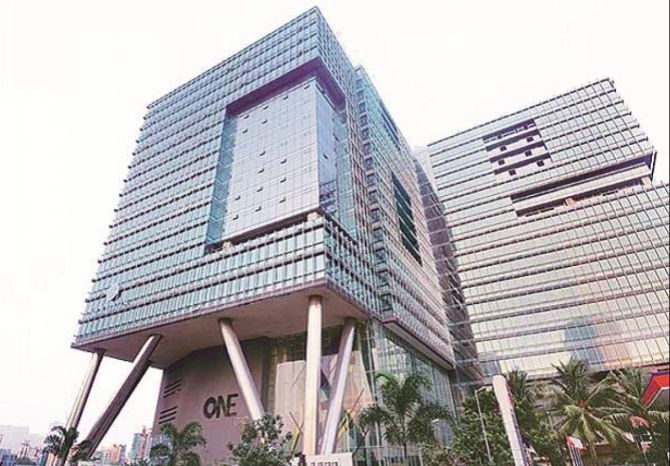 In the biggest office property deal in the country this year, US-based private equity fund manager Blackstone has bought about 650,000 square feet space in the One BKC building in Mumbai’s Bandra Kurla Complex for Rs 2,600 crore, said sources in the know.

Radius Developers, which owns the building, had mortgaged the property to Indiabulls Housing Finance, to which it owed about Rs 1,600 crore.

About Rs 540 crore will be paid to the Mumbai Metropolitan Region Development Authority (MMRDA) for the additional floor space index (FSI) rights bought by Radius, the sources said.

“All legal issues have been solved and the deal will be signed soon,” said a source.

Facebook, Bank of America, Amazon, and Brookfield are among the main tenants at the building.

According to the sources, the deal was taking time due to a dispute between the MMRDA and Radius over the payment of additional construction rights.

But the issue has been resolved now.

Blackstone has done several deals with Indiabulls in the recent past.

According to reports, Embassy may sell Indiabulls Real Estate’s office assets to the real estate investment trust (REIT) promoted by Embassy Office Parks, a joint venture between Embassy and Blackstone.

In March 2018, Indiabulls Real Estate entered into a deal with Blackstone to sell a 50 per cent stake in two properties in Mumbai - Indiabulls Finance Centre and One Indiabulls Centre - for Rs 4,750 crore.

In May last year, Blackstone bought the commercial property of Indiabulls in Chennai for Rs 900 crore.

Blackstone is also looking to buy the properties of Indiabulls Real Estate in the NCR.

Blackstone is also in talks with the Adani group to buy the latter’s 800,000 sq ft Inspire building in BKC.