News
Business
Movies
Sports
Cricket
Get Ahead
Money Tips
Shopping
Sign in  |  Create a Rediffmail account
Rediff.com  » Business » Banks have no liability for loss of valuables in lockers: RBI

Banks have no liability for loss of valuables in lockers: RBI 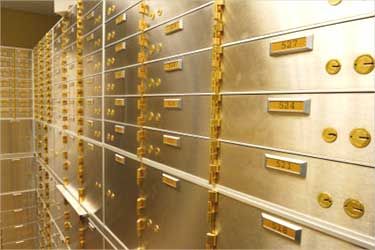 Do not expect any compensation for theft or burglary of valuables in safe deposit boxes of public sector banks as the locker hiring agreement absolves them of all liability.

This bitter truth was disclosed in an Right to Information response by the Reserve Bank of India and 19 Public Sector Unit banks.

Stung by the revelation, the lawyer who had sought information under the transparency law has now moved the Competition Commission of India alleging 'cartelisation' and 'anti-competitive practices' by the banks in respect of the locker service.

He has informed the CCI that the RTI response from the RBI has said it has not issued any specific direction in this regard or prescribed any parameters to assess the loss suffered by a customer.

Even under the RTI response, all public sectors banks have washed their hands of any responsibility.

According to the information availed by the lawyer, the unanimous reason given by the 19 banks, including Bank of India, Oriental Bank of Commerce, Punjab National Bank, UCO and Canara, among others, is that 'the relationship they have with customers with regard to lockers is that of lessee (landlord) and lessor (tenant)'.

The banks have contended that in such a relationship, the lessor is responsible for his or her valuables kept in the locker which is owned by the bank.

Some banks, in their locker hiring agreements, have made it clear that any item stored in the locker is at the customer's own risk and he or she may, in their own interest, insure the valuables.

The common feature of all locker hiring agreements states, 'As per safe deposit memorandum of hiring locker, the bank will not be responsible for any loss or damage of the contents kept in the safe deposit vault as a result of any act of war or civil disorder or theft or burglary and the contents will be kept by the hirer at his or her sole risk and responsibility.'

'While the bank will exercise all such normal precautions, it does not accept any liability or responsibility for any loss or damage whatsoever sustained to items deposited with it. Accordingly, hirers are advised in their own interest to insure any item of value deposited in a safe deposit locker in the bank,' they have said.

Aggrieved by the responses, the lawyer -- Kush Kalra -- raised questions before the CCI -- why not just keep the valuables at home after insuring them, instead of paying rent to the bank for a locker when it is not going to take any responsibility for the contents.

He alleged that all these banks, also including State Bank of India, Indian Overseas Bank, Syndicate Bank, Allahabad Bank and others, have formed a 'cartel' to indulge in such 'anti-competitive' practices.

He further alleged that the bank by forming an association or cartel are 'trying to limit the improvement of services which is directly affecting the competition in the market and interests of the consumer'.

The lawyer has sought a probe under the Competition Act into the allegation of cartelisation by the banks in respect of the locker service. 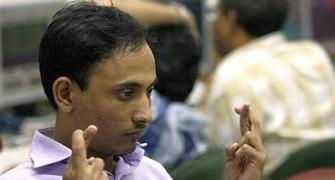