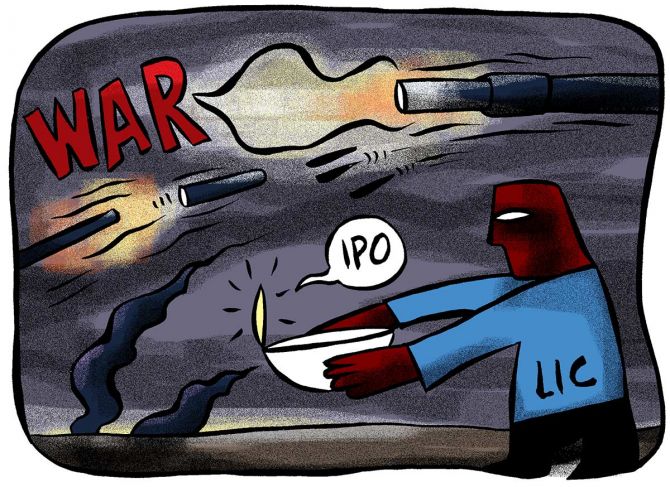 The turmoil in markets worldwide has put investment bankers in a dilemma over entering into discussions on the pricing of Life Insurance Corporation of India's initial public offering.

Investment bankers said this might not be a good time to gauge investor response, which is critical to determine the demand for the IPO and decide on the kind of valuations the investors will be comfortable with.

This is because most foreign investors will prioritise realigning existing portfolios over fresh investments amid the current geopolitical tensions between Russia and Ukraine.

Roadshows and subsequent discussions on an offering's attractiveness usually take about two to three months for most offerings but bankers are working on crunched timelines for the LIC IPO.

A longer wait to determine the right valuations and pricing risks pushing the IPO beyond March, something the government may not be too happy with, given that it aims to meet this fiscal year's divestment target from the IPO proceeds.

"We are trying to adhere to a tight deadline. But this may not be a good time to seek feedback on the issue given that investors may be more keen on making adjustments to their existing portfolios rather than evaluating fresh investment opportunities," said an investment banker involved in the share sale.

The volatile market conditions are expected to give investors more bargaining power on the pricing and valuations, which will be decided by bankers and the insurer post investor feedback. 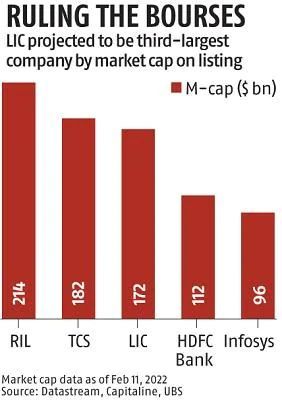 Domestic institutional investors, including mutual funds, are keeping their powder dry to invest in LIC's offering.

Industry officials believe some equity schemes may choose to hold back the fresh flows that they get in the days leading up to the IPO, which will then be deployed in the offering.

The interest of foreign investors, however, will be crucial in ensuring the success of the offering, said experts.

While LIC has bailed out public share sales of State-owned companies in the past, no other domestic investor comes close to its size and scale.

"LIC will not want to rely upon other domestic institutions for a last-minute rescue," said the second banker quoted above.

The roadshows for the IPO are expected to be completed next week.

So far, LIC has interacted with 125 investors and is hoping to connect with another 25-35 investors over the next few days.

Sebi is said to have given top priority to the LIC IPO and is closely working with DIPAM and the company to fast-track its clearance.

"Sebi's nod is expected by March 8. They have prioritised this offering over others, which is why the turnaround time is going to be much quicker," said the first banker quoted above.

At this scale, LIC would be the third-largest stock in India by market cap.