With the latest facelift, Chevrolet Cruze is a better package

The next generation Chevrolet Cruze will be launched in India this year or maybe in early 2018, but as a stop gap measure, Chevrolet has given the Cruze a minor cosmetic facelift and automobile website MotorBeam.com spends some time with this diesel rocket to find out more. The newest update to the Cruze consists significant changes at the front which makes the car look striking.

The prominent grille gets new detailing and is garnished with a lot of chrome now. The front bumper gets some sharp lines with integrated LED DRLs along with projector fog lamps which have a powerful illumination.

However, there are no changes to the headlights that could have got projectors too. 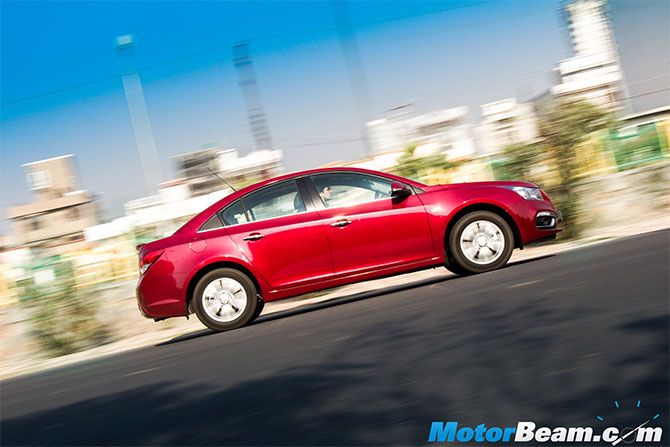 The styling on the side and rear remains the same except the boot lid spoiler. Chevrolet should have plonked in alloy wheels of a new design with this update as it would have made the package slightly better.

The interiors have a dynamic cool with dark colour tones. The dashboard comes with soft touch materials which feel premium. The centre console gets shiny accents finished in a silver shade. The Cruze now gets a 7-inch touchscreen infotainment system which sounds nice and even makes the centre console look complete. You also get steering-mounted audio and phone controls.

The Chevrolet Cruze is fondly known as a diesel rocket and the performance from the engine gave the car its initial success. There is some amount of turbo lag below 2000 RPM and once the turbo starts spooling, the power surge is strong and the car accelerates quickly.

The Cruze comes with a 2.0-litre DOHC engine mated to a 6-speed automatic and manual transmissions. The engine produces 166 PS of power and 360 Nm of torque making it one of the most powerful cars in its segment. The engine sounds noisy when on cold starts but the noise settles down once it reaches the optimum working temperature.

The low-end is just about average but the mid-range is extremely powerful and punchy while power starts tapering down towards the top-end. The automatic gearbox is also very smooth in its operations and gear shifts are done quickly. However, while downshifting it does have a lag of a couple of seconds. Talking about fuel efficiency, we managed to extract around 10-11 km/l from this sedan under regular driving conditions which isn't bad at all considering the weight and power of the car. 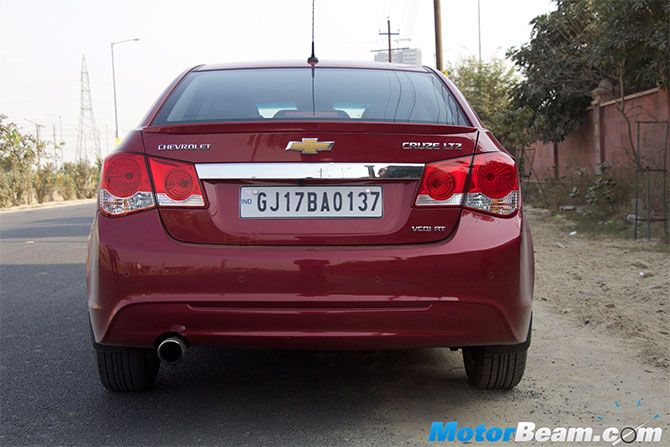 The steering is quite heavy at slow speeds but it provides very rich feedback since it is a hydraulic unit. However, it does have its downfalls during cornering where it doesn't feel very sharp or precise. But you still cannot deny the fact that the Cruze makes for a very fun to drive car.

The current generation Chevrolet Cruze has been in the market for a while now and it isn't fetching good numbers since competition is one level ahead and the general public is more into buying SUVs in this price range.

With this latest facelift, the Cruze is a better package than before and it feels fresh. However, we expect the next generation car to help GM India fetch some decent sales.