Toyota Motor Corp's Indian unit has temporarily closed its two plants where some workers had stopped production lines to protest a delay in salary hikes after 10 months of negotiations. 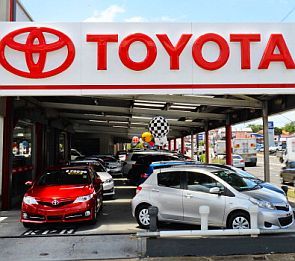 The factories near Bangalore are Toyota Motor's only vehicle plants in the world's sixth-biggest auto market, where the Japanese manufacturer generates just a sliver of global sales.

Their closure raises the spectre of labour unrest at Indian car plants in recent years, including a 2012 dispute at Suzuki Motor Corp unit Maruti Suzuki India Ltd. A riot left one person dead and over 100 injured, and resulted in a $250 million month-long production loss.

Toyota Kirloskar Motor (TKM), the world's biggest car maker's Indian unit, in a statement said some workers over the past 25 days had disrupted business as the management, labour union and local government negotiated wages.

The subsidiary closed the factories on Sunday - a non-production day - and did not state when it will reopen them.

TKM and the union will continue holding talks to resolve the issue, Sumino said.

Shares of Toyota Motor were down 0.1 per cent at 0531 GMT in Tokyo, in line with the benchmark Nikkei index .N225.

India accounted for just 1.6 per cent of Toyota Motor's global sales last year. At that time, the Japanese manufacturer held 4.5 per cent of the Indian market having made 174,000 vehicles and sold 147,000.

Subsidiary TKM has been building cars at one of the locked-out plants since 1997 including the Fortuner and Innova, and at the other since 2010 including Etios and Corolla Altis.

The lockout comes just a week after Toyota Motor gave Japanese workers their biggest pay increase in 21 years, and two months after the automaker said social unrest in Thailand could lead it to rethink investment.
Yoko Kubota in Tokyo
Source:

© Copyright 2021 Reuters Limited. All rights reserved. Republication or redistribution of Reuters content, including by framing or similar means, is expressly prohibited without the prior written consent of Reuters. Reuters shall not be liable for any errors or delays in the content, or for any actions taken in reliance thereon.
Related News: Toyota Kirloskar Motor, Toyota Motor Corp, Naoki Sumino, Maruti Suzuki India, Suzuki Motor Corp
SHARE THIS STORY
Print this article 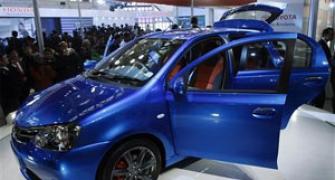 Toyota had the largest number of car recalls in 2013 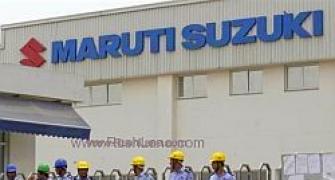 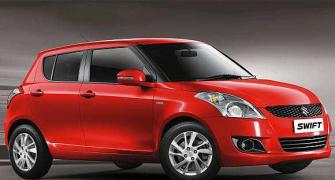 Car sales: The winners and losers in January