When the 2018 Maruti Swift was introduced in India, we at MotorBeam personally had very high hopes from it.

Not only because of its classier looking design but also because how well the older car rode and handled.

Now, after using the car as our daily driver for the past two months, the car has truly lived up to our expectations. 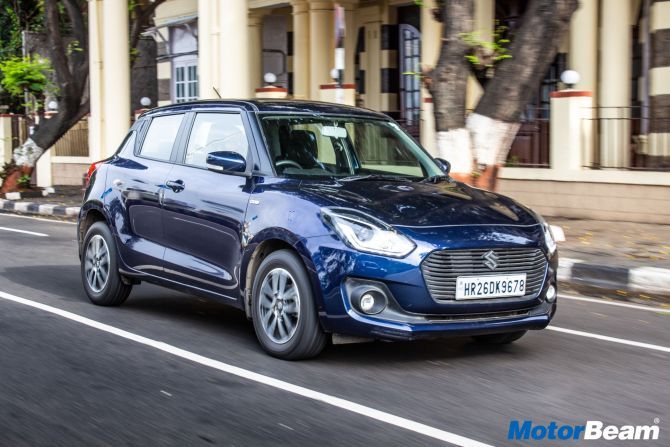 The Swift we have been driving is the ZDi+ variant which gets all the features you would want in a car at this price.

Although the 1248cc, DDiS engine inside the hood is the same as the older model, the lighter weight of the car helps in achieving better performance.

Like it has always been, the Swift is nippy, agile and doesn’t hitch a bit during sudden change of directions.

The driver’s seating position is excellent and provides a clear field of view of the road ahead.

Talking about the road ahead, the headlamps are bright enough in the dark and light up the road well.

However, during heavy rains, the light is unable to penetrate through the water droplets which might become a little unnerving.

And when it gets unnerving to drive, one should stop on the side and let the weather clear out. 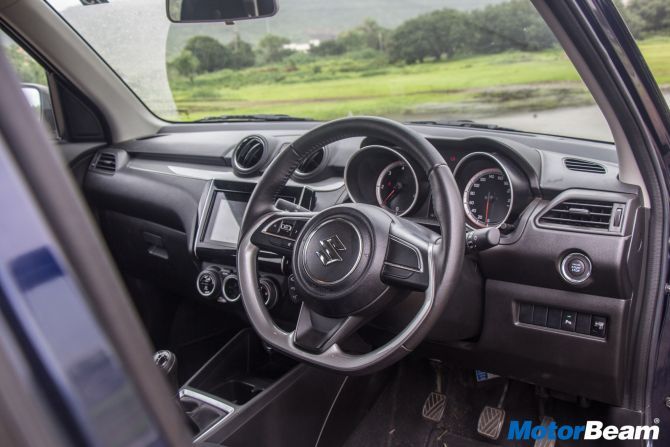 The wait won’t get to you as there’s a touchscreen infotainment system to keep you occupied.

Simply connect your phone and listen to some good music.

Or you can even have some fun using Android Auto or Apple CarPlay which allows you to give voice commands.

You can go ahead and even reply to your WhatsApp messages using it.

However, try to keep it short and simple as the system might start tripping on the Indian accent while reciting long messages.

We used the front seats most of the time and they are comfortable. 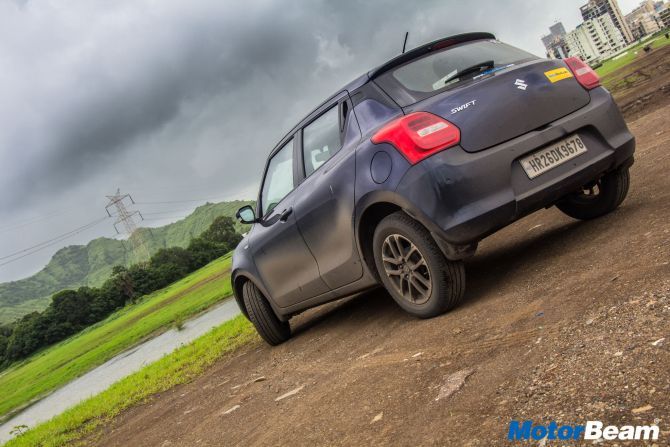 Long drives are pretty easy and there’s a good amount of under-thigh and lumbar support.

However, we cannot speak as highly about the rear seats.

Long people will feel a little cramped, and if the front seats are pushed back all the way then be ready to make those leg-straightening stops or even hear some tantrums.

And for someone who’s is getting into the rear seat for the first time, finding the handle of the rear door is another task.

The handles sit flush besides the rear window and not below it, it seems strange initially but you get used to it.

Practicality is however continued as the rear seats get a 60:40 split.

It is interesting to note that the car is shorter in length than the outgoing model but the wheelbase has increased which indicates a much better packaging. Long drives become more enjoyable if the engine is good on performance and light on the wallet.

Thankfully, the Swift’s diesel engine is both.

The engine produces 73.9 HP and 190 Nm of torque which is good enough for city driving and cruising speeds.

It’s obviously not a rocket and that is good because it doesn’t drink like it.

Over the two months, my car was constantly returning a mileage of 20 km/l on the highways and about 16-17 km/l in city driving.

The slick shifting gears make the drives all the more fun. 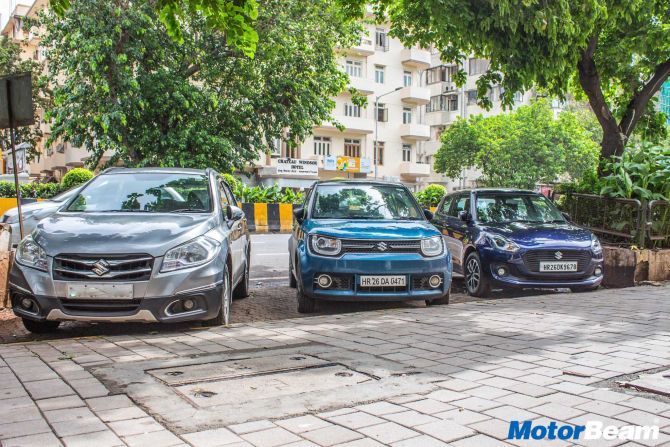 The body-roll is very well contained but if you are someone who drives hard, I recommend you to upgrade the tyres because they tend to squeal and loose grip on those twisties.

The brakes too are decent and just about get the job done.

One thing that has to be mentioned about the Swift is the air-conditioning of the car.

It is simply a chiller. Get into the car under a scorching sun, switch on the AC and soon you will forget that it is summer season outside.

The spare tyre (stepney) is a 14-inch steel wheel while the car rides on 15-inchers. This has not only been done to cut costs but also for your safety.

The manufacturers are increasingly doing this so that you are forced to put back the original tyre.

This will not only bring back the original look of the car but will more importantly keep the balance maintained.

Even though we clocked 3,000 kms on the odometer in these two months, we weren’t able to take it on interstate drives.

But a Goa trip is soon planned and we’ll be updating you with the nitty-gritties of the 2018 Swift.