Go for the Dzire if you are looking for easy maintenance and a better driving car. But if you want your compact sedan to make a statement, get the Ameo The latest car in the hugely popular sub 4-metre sedan category is the Volkswagen Ameo. It is a pretty competent machine as we found out in the first drive review. But the Maruti Suzuki Swift Dzire, which is the highest selling sedan in India, is also in the same segment. So how do these cars stand against each other? Let's compare the two cars in the nine most important aspects which any potential buyer would look for. 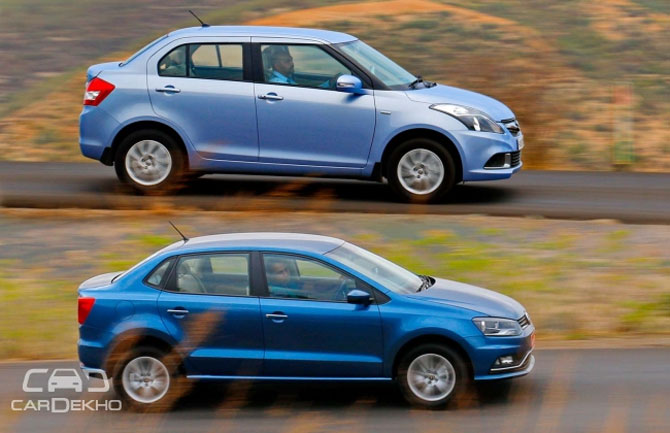 Both Dzire and Ameo, are totally different in their approaches. Both are based on their respective hatchbacks - Swift and Polo. If viewed from the front profile, an uninformed person could easily mistake them for their hatchback counterparts. 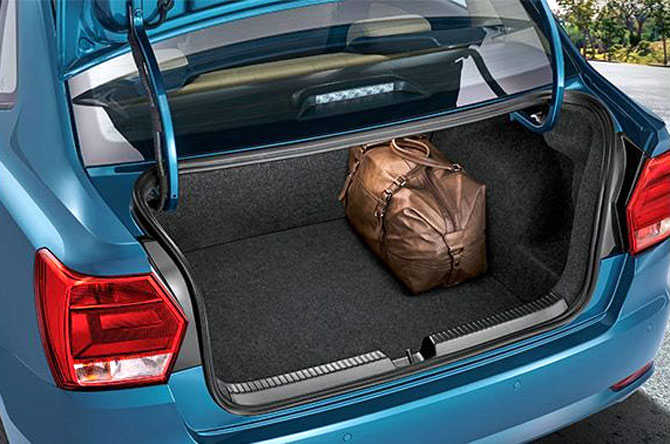 The boot looks photoshopped on both the cars, however, it's more digestible on the Ameo. The Dzire looks curvy and round while the Ameo has sharp cuts and a compact design. Overall, with its curves and bulging back, the Dzire appeals to a larger audience while Volkswagen has stuck to its ideology of making the car subtle and balanced. Both the cars get 15-inch multi-spoke alloy wheels, chrome accents on the grille and lower parts of the front bumper. Also, both these cars come with smoked headlamp clusters. The taillight of the Ameo is rather flat while the Dzire gets a nice contoured unit. Overall the Ameo certainly looks better than the Dzire. In fact it is one of the best looking cars in the segment.

It doesn't matter whether you drive the car or prefer being chauffeur driven, rear seat space is one of the most important aspects to look for while buying a compact sedan. The more the rear space, the better the passenger comfort. Apart from the Dzire and Ameo there are many other cars (like the Ford Figo Aspire and the Honda Amaze) in this segment which offer more rear seat space. 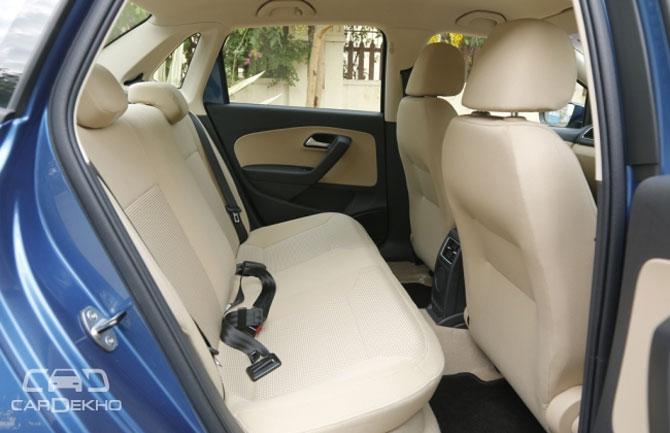 However, between these two, the Ameo outperforms the Dzire. The Ameo has more headroom and shoulder room than the Dzire and hence feels more spacious. The fact of the matter is that neither of these two cars can comfortably seat three large people side by side at the backseat.

However, the Ameo gets a rear AC vent option which is missing in the Dzire. For a country like India with extreme summer temperatures, you would want to have that option. 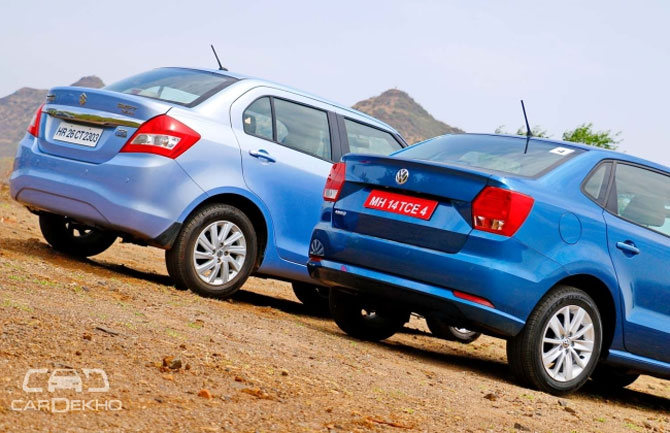 Most people prefer a compact sedan over a hatchback because of the boot. The Volkswagen Ameo gets a 330-litre boot while the Dzire gets 320 litres. The boot spaces of both the cars are not at the top of their class but provide ample room to store luggage. 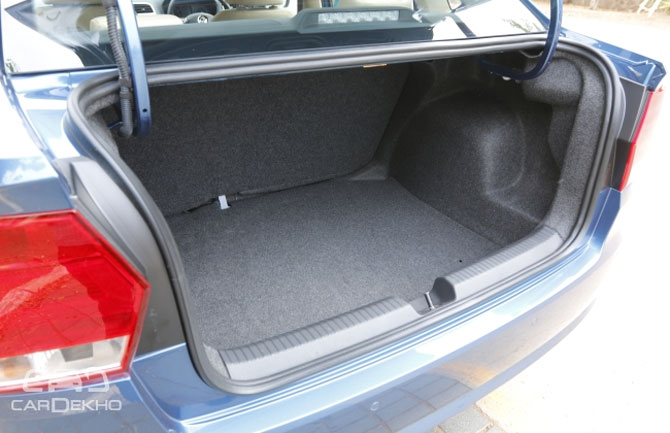 Previously, Indian car buyers were more concerned about the interior space and fuel economy of their cars, but now they have started looking for other creature comforts too. This is one of the biggest reasons why cars like the Renault Kwid have registered phenomenal success in India.

The Ameo outperforms the Dzire in terms of offering gizmos. Features like steering mounted controls, electronically adjustable and folding rear view mirrors and Bluetooth streaming and phone controls are common in both the cars. However, the Ameo offers a high-quality touch screen that has navigation and MirrorLink, which allows the user to pair an Android smartphone to the infotainment system.

Also, the Ameo gets features like cruise control and rain sensing wipers which are a segment first. 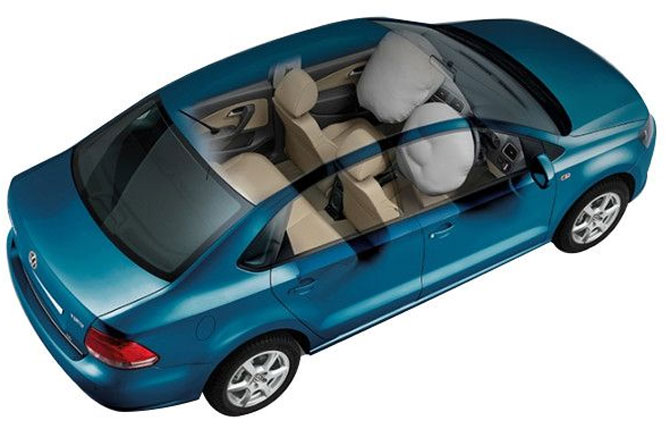 Talking about safety, the Ameo offers two airbags as standard across all variants and ABS on most of the variants while the Dzire only offers these features on higher variants. The Ameo also has a laser welded roof structure which increases the integrity of the body shell. As far as safety is concerned, you would be a lot safer inside the Ameo. 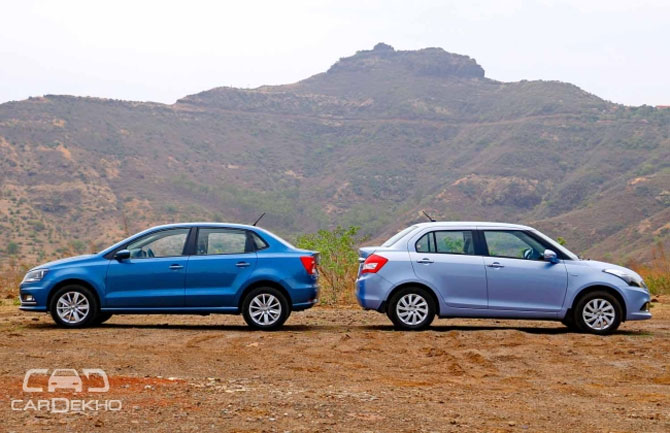 This is where the Dzire has the upper hand over the Ameo. Although both the cars get a 1.2-litre petrol engine, the one in the Dzire has four cylinders while the Ameo has to make do with just three. The Dzire's engine is peppier and better balanced to drive compared to the Ameo's.

Talking about fuel efficiency, the Dzire produces more power and torque but still manages to deliver better mileage than the Ameo. ARAI figures suggest that Dzire gives 20.85 kmpl while the Ameo gives 17.83 kmpl (petrol). In the real world, these figures will vary but the Dzire will still remain more fuel efficient among the two. People who buy a compact sedan don't often keep comfort and handling as their top priority. Ameo being from Volkswagen family is stiffer and has a better handling setup while compromising on ride comfort. The Ameo does offer some driver comfort but this aspect for the rear passengers is totally neglected.

The Dzire feels more comfortable for both the driver and the rear passenger compared to the Ameo. Also, the Dzire petrol better isolates road noise and gets a quieter engine too, which feels more rested. 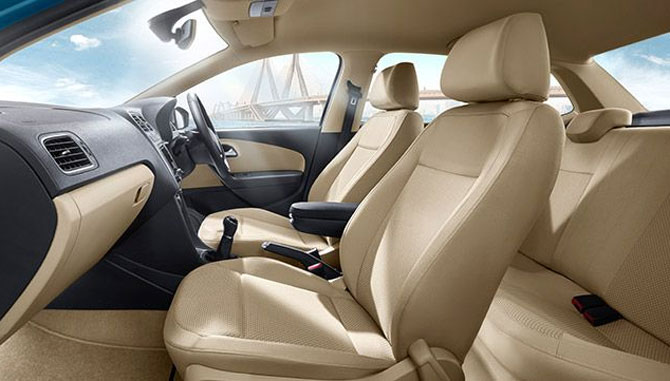 As mentioned above, the Ameo is more focused toward handling and it is quite evidently visible in the car. The Ameo's handling isn't exceptionally ahead of the Dzire’s, but it offers slightly more feedback. The Ameo is a bit sharper and the steering feels more direct. Overall the Dzire is much better in this category. 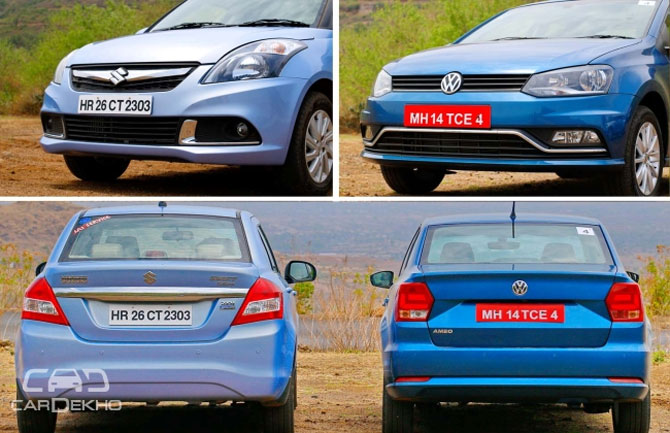 The newly launched Volkswagen Ameo outperforms the Dzire in five of the above mentioned nine categories. It has a lot to offer, with better build quality, a long list of gadgets, and sharper looks. But the Dzire is more comfortable for passengers and turns out to be the better car to drive.

So which one should you buy?

Well, go for the Dzire if you are looking for easy maintenance and a better driving car. But if you want your compact sedan to make a statement, get the Ameo. We have to wait to find out whether the upcoming Dzire, which is bound to launch next year, can outperform the Ameo in all segments.