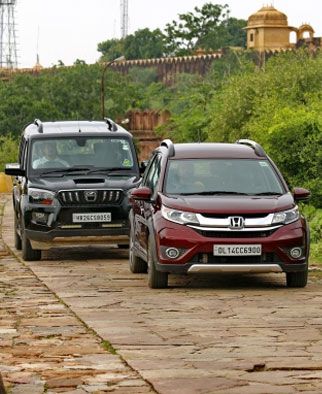 The urban, more sophisticated buyer will favour the BR-V over the Scorpio 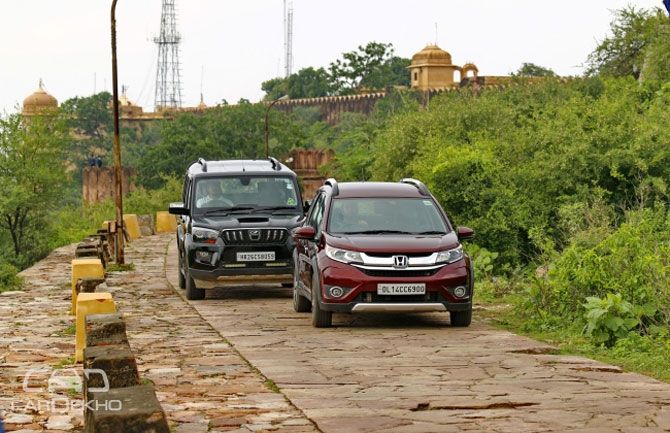 The SUV fever has clearly taken over the country. In contrast to most markets where the term 'SUV' refers to something that is big, brawny and can spin the world the other way around, our market has an unconventional definition.

Anything that has a high ground clearance and body cladding raises its hand when one calls for an SUV. However, add the 'seven-seater' requirement to the mix and the hands quickly disappear. 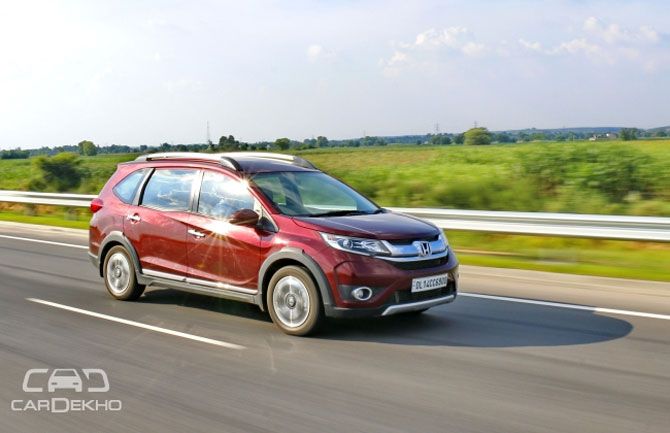 Enter the Honda BR-V. A seven-seater crossover on steroids that we think is a fantastic set of wheels for the big Indian family. But, is it a family SUV? We pit it against the most popular family SUV, the Mahindra Scorpio to find out! 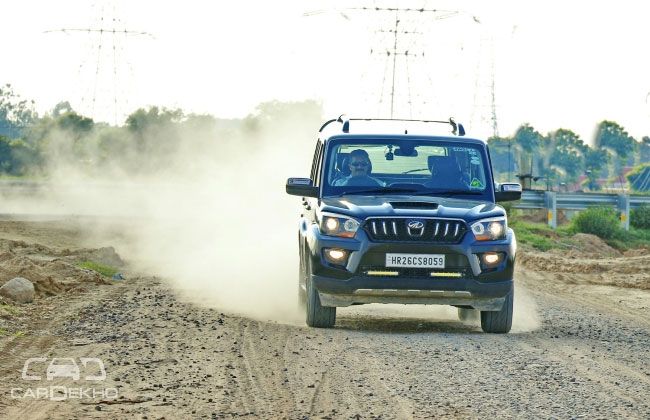 Design wise, the Scorpio will appeal to someone who likes a bit of muscle. The projector headlamps, the LED brow and the trademark Mahindra grille gives it a properly aggressive face.

Aesthetically, the side and the rear remain more or less unchanged with the updates being a revised tail lamp cluster and a set of new alloy wheels. 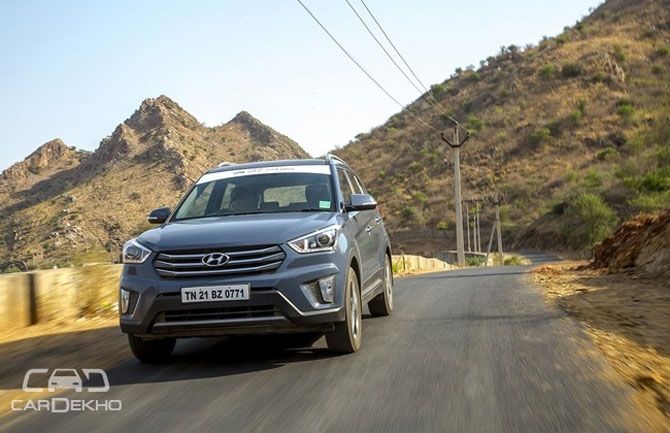 On the other hand, the BR-V looks like a people carrier despite the in-your-face front profile. The typically Honda design gets plenty of creases and a generous helping of chrome which clearly works well with the masses. However, it is the more docile looking of the two. 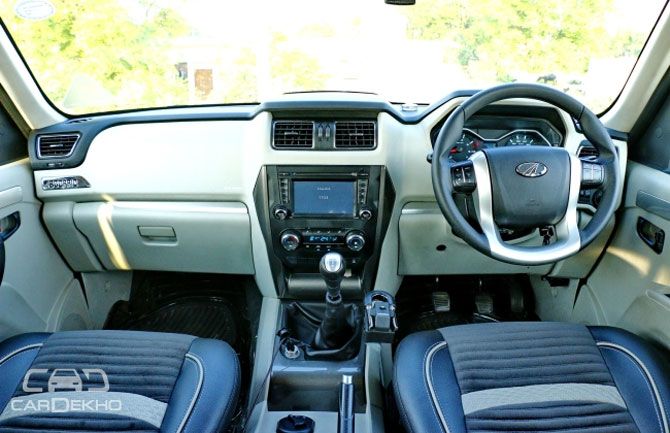 Hop inside the Scorpio and you will notice that the ergonomics are slightly off. For instance, the driver's door is a bit too short, the steering feels close to the chest and the footwell is slightly cramped. 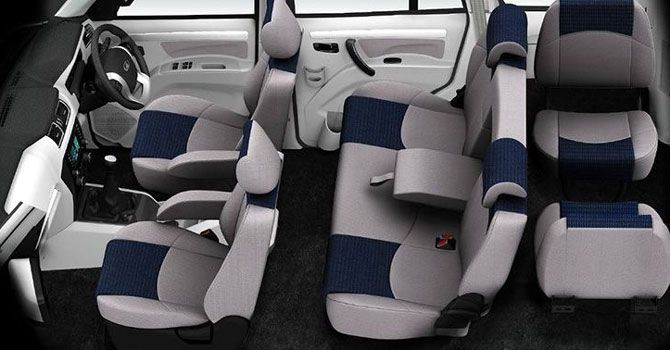 The rear is plagued by similar problems. There isn't enough shoulder room for three full-sized adults and the kneeroom isn't best either.

It does get a generous list of features that include a touchscreen infotainment system,  automatic climate control and rear parking camera and sensors. Same is the story at the rear.

Three people can’t sit abreast and kneeroom is on the lower side too. But what the Scorpio lacks in space, it makes up for in equipment and features. You get a touchscreen infotainment system with Bluetooth connectivity, reverse camera and rear parking sensors. 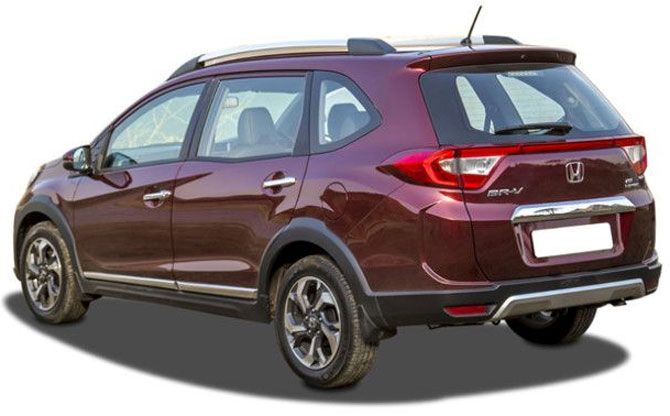 The BR-V, in comparison, gets neither the touchscreen nor the reverse parking sensors. In a vehicle that measures well above four metres in length, we thought this came across as a gross oversight on Honda's part.

That said, the cabin is spacious and is a nice place to be in, especially when compared to the Mahindra. Seats are cushiony, comfortable and generally well accommodating.

In fact, even the third row is far from uncomfortable, though third row legroom has been compromised slightly in the interest of additional legroom in the second row. You can seat three abreast in the second row, thanks to a virtually flat floor. 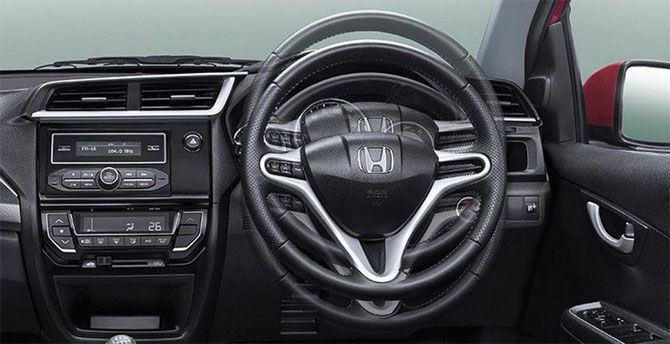 On the features front, you get keyless entry and a starter button along with electrically folding ORVMs, both of which the Scorpio does not. 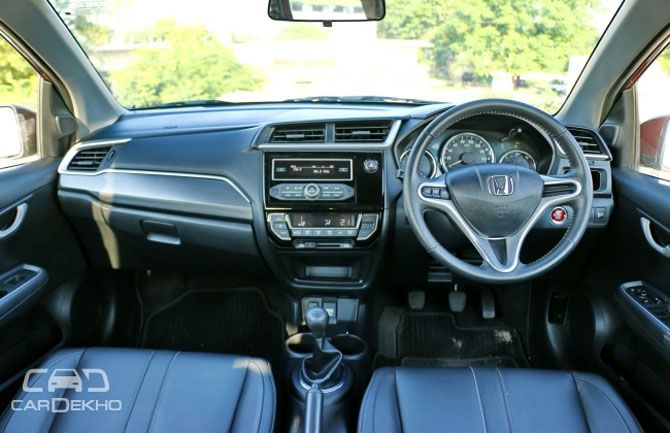 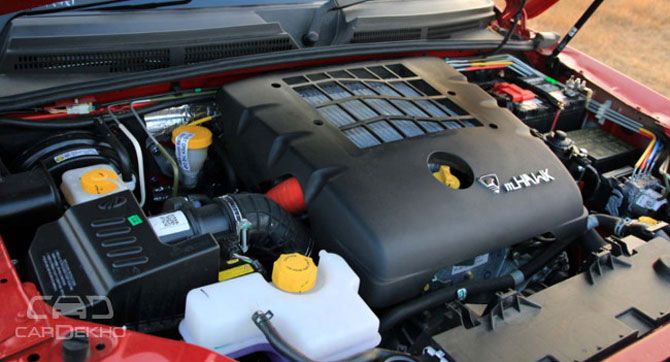 At the heart of the Mahindra Scorpio is a 2.2-litre mHAWK engine that develops 120PS of power and 280Nm of peak torque. Turn the key and the four-cylinder engine comes to life with a typical diesel clatter and settles into a somewhat smooth idle. 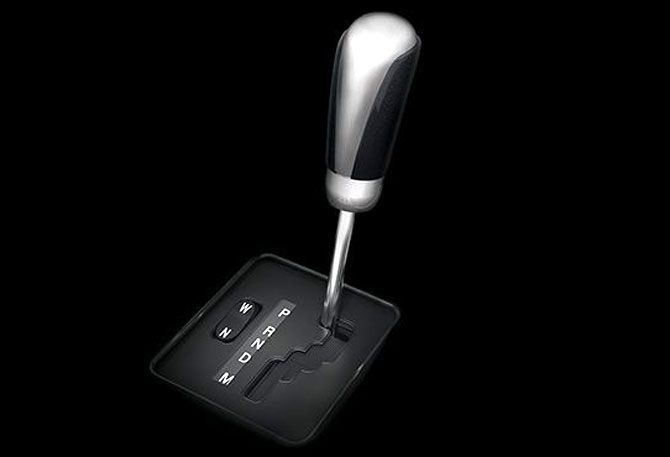 There's plenty of torque to play around with, but is sadly let down by the gearbox which seems to have no sense of urgency. Couple that with the long throws and the spongy feel, it simply does not let you exploit the engine properly. Moreover, the lack of the sixth gear causes the revs to be a tad too high while cruising at triple digit speeds. 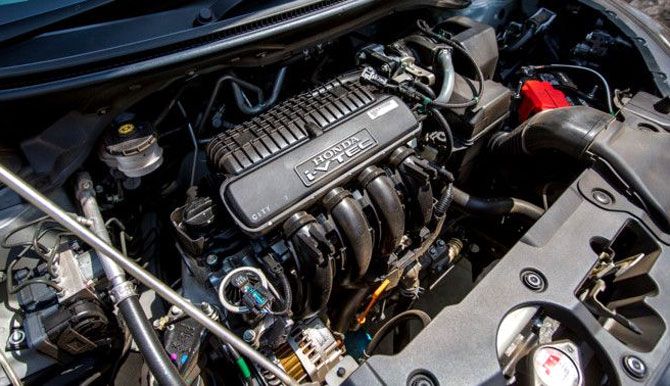 The Honda is powered by a familiar 1.5-litre iDTEC engine that also powers the popular Honda City. The 100PS of power and 200Nm of torque does not look like a lot on paper compared to the Scorpio's number, but the lower weight helps the BR-V redeem itself. 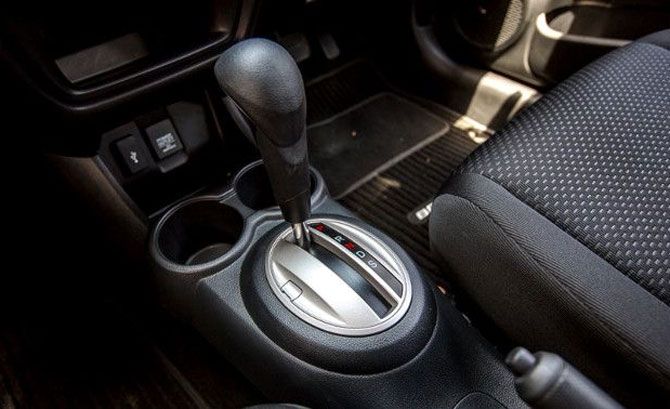 It also gets a six-speed gearbox that will make the car feel relaxed on a road trip, and, not to mention help the fuel efficiency as well. The short throws and the slick action eggs you on to push harder.

Power delivery is smooth and linear, unlike the Scorpio, where a sudden surge of torque welcomes you the moment you cross 1800rpm. This makes the BR-V a smooth and fast accelerating car and you barely feel the acceleration on the go. 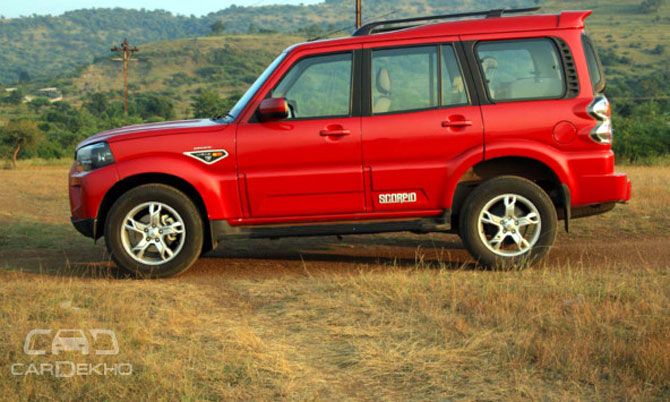 The Mahindra is based on a conventional ladder frame like a proper, old-school SUV and it shows. It will gobble up pretty much anything our roads will throw at it, thanks to the high ground clearance. Low-speed ride is decent too and it barely lets broken tarmac affect it.

However, hit a deep pothole and it will send a judder through the car. It is significantly better compared to its predecessor, but just isn't as plush as we would like.

Also, thanks to the soft set-up and the height, there is a fair bit of body roll in corners. The steering too is pretty heavy which will make city drives taxing on the hands. Around the bends, it tends to feel slightly numb too. 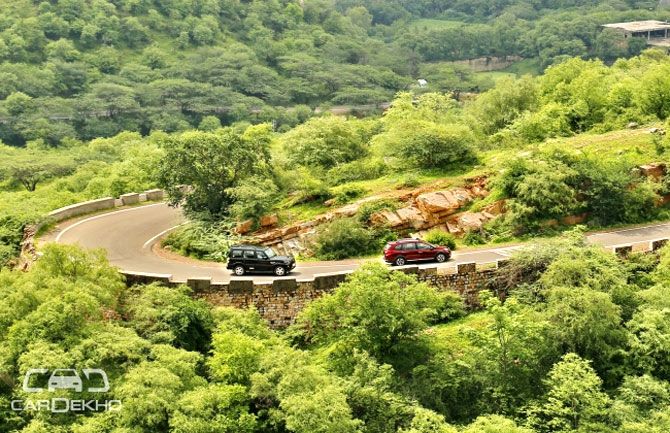 In contrast, the BR-V is one of the most comfortable cars to drive in its segment. The steering is light, gearshifts are light and the monocoque construction makes a huge difference in the way the car behaves on road.

The well-tuned suspension takes everything in its stride without upsetting the cabin too much. And unlike the Scorpio, the steering is precise and light at low speeds and just right at triple digits. It isn't meant to go corner carving, but, does surprisingly well if you push it to its limits.

Summing up, the BR-V makes a very strong case for itself as an everyday family car. It may not be as well-specced as most of its contemporaries, but it rides well, is fuel efficient and, most importantly is spacious and accommodating. 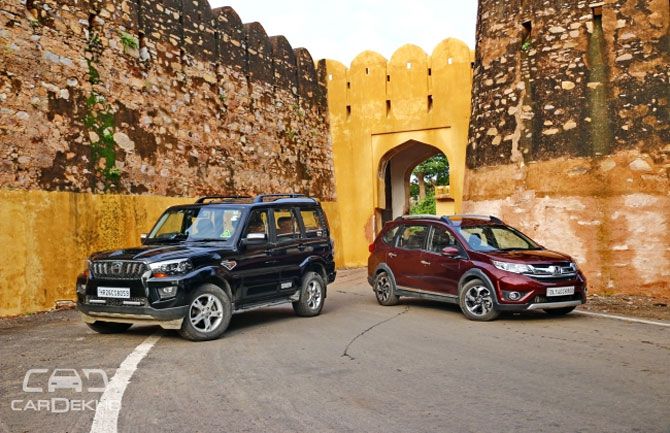 The Scorpio is loaded to the brim with features, but misses out in two crucial areas - comfort and ease of driving.  In our opinion, the urban, more sophisticated buyer then will favour the BR-V over the Scorpio, since the Honda is a better place for your family. And of course, it is a Honda, which is one of the most trusted names in the world. 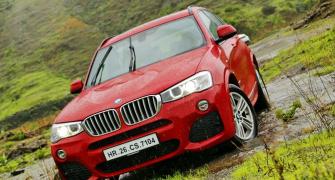 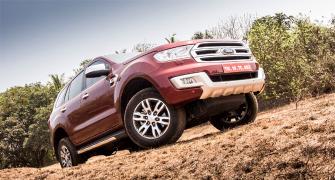 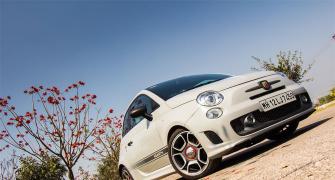 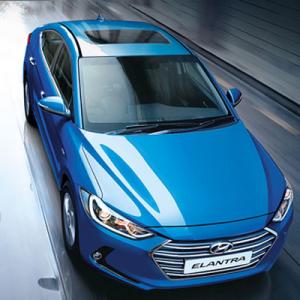 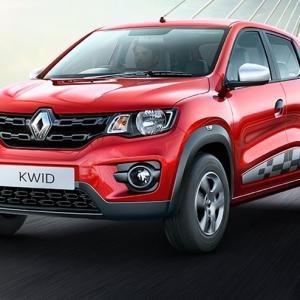