The elegant 330i M Sport is an improvement on BMW's best

Spend a weekend with the BMW 330i M Sport and it becomes apparent that plenty of fresh elements have been injected into the new 3 Series, says Pavan Lall. 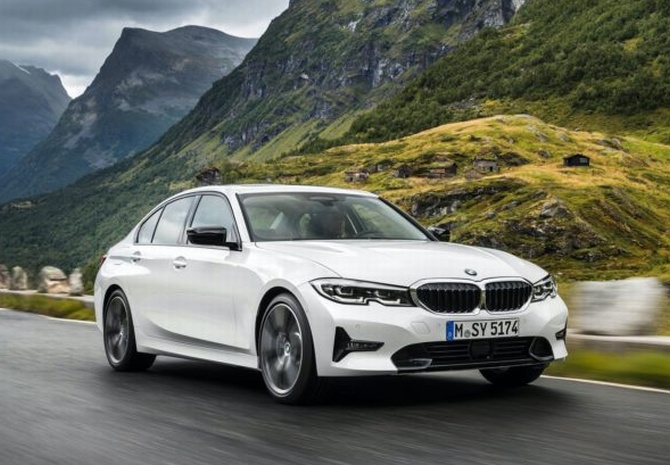 How do you improve the best car that you make? That's the challenge BMW had when it revamped its volume generator, the 3 Series, which it launched in India in August.

But spend a weekend with the BMW 330i M Sport and it becomes apparent that plenty of fresh elements have been injected into the new 3 Series.

For one, it's integrated with the aggressive new grill that's part of the new design language.

The other advanced design touches include LED lighting under the glove and along the front of the car's panels, and touch buttons instead of the traditional knobs and dials.

And then the suspension system with new lift-related dampers enables the car to perform the way only more expensive Bimmers earlier did.

Pulling into a side lane from a slushy street corner, I hit a pothole. The sedan swallowed the impact with no disruption to the car's balance and stability, cruising forward with a nimbleness that would shame a ballet dancer. 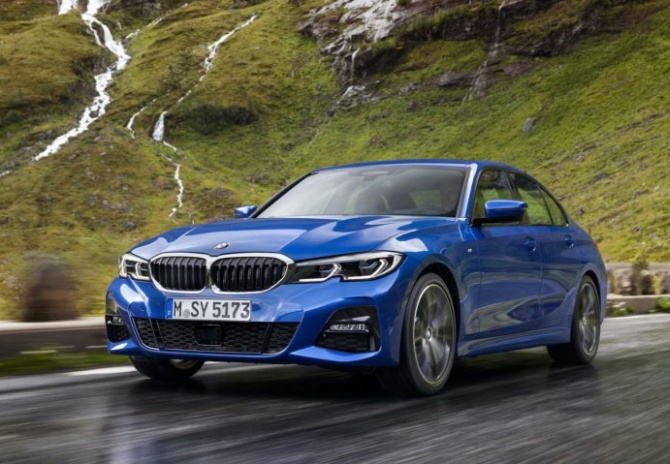 The 330i is one of the most expensive sedans in its category, costing more than a competitor in the same class would, be it the Mercedes-Benz C-Class, the Jaguar or the Audi A4.

This is why it comes with a 260 horsepower generating engine and the kind of ride comfort and refinement you'd typically expect in longer, larger saloons.

And while the new 3 Series too is larger and longer than its predecessor, that's not all that is different. It's also several kilogrammes lighter and yet more rigid, which means there's no compromise on sporty driving.

The front of the car's instrument cluster is equipped with nifty alloy composite panels that give the 330i a distinctively space-age feel.

The seats, as always, are kitted out in premium leather and are as comfortable as you'd expect them to be in a low-slung sports car. 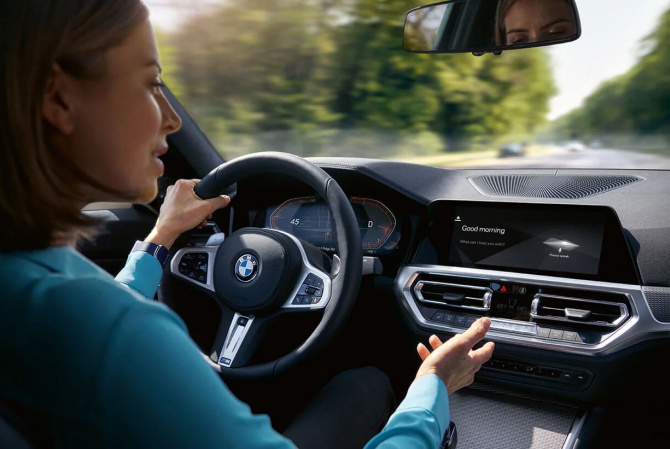 What makes the 3 Series so popular? Well, the fact that it's the closest you get to packaging a sports car in the skin of an everyday automobile.

And that it allows you to switch to different modes as and when required. I've driven almost every 3 Series over the last decade and this is possibly the best one yet.

The steering wheel offers terrific road feedback to the driver and the different drive modes give the car a wide range, allowing it to cruise around like a town saloon or transform into a growling metal monster raring to go.

The M in the car stands for "motorsport" and means that this vehicle is packaged to be sportier than its siblings.

The car features the blue and red "M" patterns on the badging, and on the insides and outsides of the vehicle, as also along with the 17- inch performance rims and the meaty steering wheel.

The big infotainment screen, and digital tachymeters are all top-notch, but the car's design might take a little getting used to. For one, its tail end is not as definitively BMW as one expects it to be, and without the badge it could be any other European sedan.

Two, the front grille, while large and aggressive, is totally blacked out and that too may fall in the acquired taste category.

Despite this, at a time when SUVs are getting most of the attention -- and market share -- it's encouraging to see the BMW push forth with what it clearly believes is its DNA: unbridled sporty driving.

Some things haven't changed and that's not necessarily bad. The back seat still belongs to a sporty sedan, and the front is where all the action is.

Every time a new 3 Series is launched, it sets a standard that seems impossible to beat. This one follows that pattern -- and might well be BMW's best so far.