Maruti Suzuki India (MSI) will keep consolidating its existing product line-up, including hatchbacks, while bolstering presence in the fast growing SUV segment to power its way back to 50 per cent market share in the domestic passenger vehicle market, as per a senior company official. 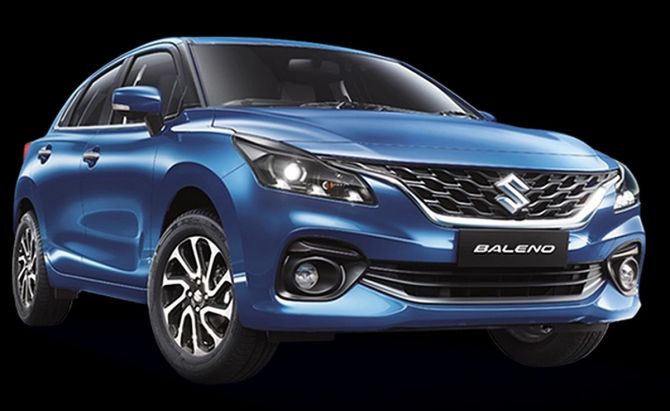 The country's largest carmaker, which has seen its market share drop to 43.38 per cent in FY22 from 47.7 per cent in FY21, aims to bring in multiple SUV products with focus on new technologies like hybrid powertrains in order to enhance fuel efficiency, making them comparable or better than diesel-powered models that are currently being sold in the market, especially by its Korean rivals.

With no intention of making a comeback in the diesel segment, MSI is also focusing on increasing its play in the CNG segment to bring in additional volumes.

In an interaction with PTI here, MSI senior executive director (marketing and sales) Shashank Srivastava noted that the company will pull out all stops to gain back the lost market share.

"It's a war cry..it is there in our organisation..it is like constructive paranoia...which means you cannot rest easy.. it doesn't take much time for the market dynamics to change, so we are always on our toes as how to improve efficiency, productivity etc," he noted when asked about the company's thinking on regaining the 50 per cent market share.

Srivastava said that in the non-SUV segment, the company's market share was at 67 per cent level, with leadership positions in both hatchback and MPV segments.

He acknowledged that lack of products in the fast growing SUV segment had impacted its overall market share.

Elaborating on the segment dynamics, Srivastava noted that while the company led the entry-level SUV segment with Brezza, it was only in the robustly growing mid-SUV segment where it lagged behind the competition with tepid response for S-Cross.

"So, overall our market share in the SUV vertical is just 12 per cent. This is where we are now making efforts to bolster our presence," Srivastava said.

He noted that while the company struggled with sub par performance in the segment, some of the competing companies were getting as much as 60 per cent of their sales from SUVs.

When asked if the lack of diesel powertrain option could also be a part of low offtake in the vertical, with competitors already offering their products with both petrol and diesel powertrains, Srivastava replied in the negative.

He pointed out that the share of diesel vehicles has come down drastically to about 18 per cent from the highs of 58 per cent a few years ago.

"In the hatchbacks it is less than 0.5 per cent, in sedans it is about 1.5 per cent, in MPVs it has come down to 20 per cent, so overall it is 18 per cent, which is coming from the mid-sized SUVs. In this segment we believe there is acceptance for diesel as it lacks a good petrol-powered vehicle," Srivastava said.

Citing the example of Brezza, he noted that in the entry-level SUV segment the share of diesel trims used to be in the range of 88 per cent which has now come down to about 20 per cent.

"We discontinued the diesel and brought Brezza with 1.5 litre petrol ..this suddenly changed the dynamics  and 88 per cent became 20 per cent..we believe this will happen in mid-SUV as well..," Srivastava stated.

He noted that in the hatchback segment it was a clear leader with a dominant market share of 70 per cent while in the MPV segment  also, it was way ahead with its market share growing from 35 per cent in 2019 to 61 per cent last fiscal.

When asked specifically about the entry-level hatchback segment, Srivastava noted that out of the total 16-17 hatchbacks in the industry, seven belonged to MSI.

He noted that the company would keep rejuvenating the products in the segment in future as well with it still being the largest volume generator for the auto major.

Srivastava also hinted that the company may bring in models, depending on the segment, with strong hybrid powertrains.

"It is possible. While I cannot comment on what we are actually doing, it is a very logical thing," he stated when asked if MSI products could see a transition from mild hybrid systems to strong hybrid technologies.

Srivastava said that affordability was a big issue and there was a cost involved with the strong hybrid technology.

"So we have to be very careful which direction we have to go," he noted.

Srivastava noted that transition from hybrid technology, which features both internal combustion engine and battery, to pure battery electric vehicles could be a better option for India which currently lacked charging infrastructure.

"There is a consensus in the industry that EVs will become mainstream going forward.

"However, there is no consensus when it is going to happen....analysts are saying that by 2030, 10-12 per cent of the sales will be EVs..you can't wait for it to become 100 per cent to take care of the environment..so what happens..one of course is to make engines more efficient and the other thing is to have hybrid which is cheaper to acquire than EVs..and that is the transition we are talking about..that could well be the road to electric," he stated.

Srivastava said the focus on hybrid technology could also help in reducing the cost of local production of several EV components.

"If you want to bring down the cost of EVs in India, you need to have localisation.

"There is some similarity in the components used in the strong hybrids as well as EVs.

"So if you have a larger volume, localisation can improve, " he said.

The problem with EVs right now is that the volumes are low with sales of just around 16,000 units last year, accounting for just 5 per cent of the overall passenger vehicle sales, Srivastava said while hoping for some push for the segment, like EVs, from policymakers.

MSI plans to launch multiple EVs, with the first one expected to hit the market in 2025.