Leading car makers Maruti Suzuki, Hyundai and Tata Motors reported robust sales growth in the domestic market in February as the demand for personal mobility amid COVID-19 pandemic continues to drive the market. 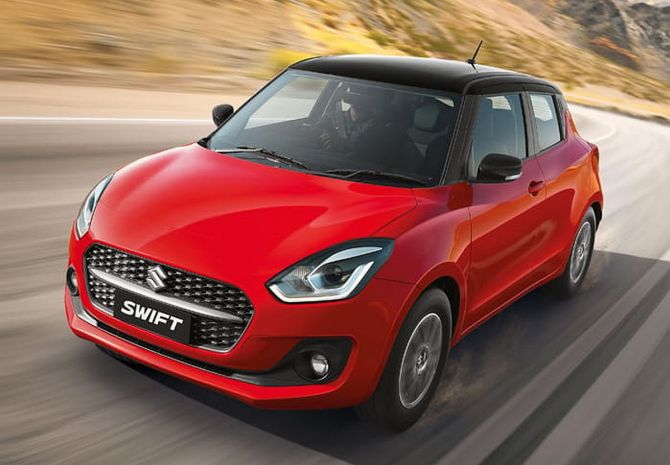 The company's sales during the month were driven by compact and utility vehicle segments.

Similarly, utility vehicle dispatches to dealers, including Vitara Brezza, S-Cross and Ertiga, rose 18.9 per cent to 26,884 units, as compared to 22,604 units in the year-ago month.

"Demand continues to remain buoyant for our range of SUVs and Pick-ups and we have a robust order pipeline.

"However, supply of semiconductors, as we all know, is a global issue and it is likely to continue for another 3 to 4 months," M&M chief executive officer Automotive Division Veejay Nakra said.

Going forward, the company will continue to monitor the situation and closely work with its suppliers to minimise this supply risk, he added.

Japanese automaker TKM posted a 36 per cent increase in domestic sales at 14,075 units in February.

The company had clocked domestic sales of 10,352 units in February last year.

"We started the year on a positive note and the trend continues as we close the second month of the year.

"Wholesales have been very encouraging and we are witnessing a high influx of customer orders month on month, thereby both significantly contributing to the growth story," TKM senior vice president Naveen Soni said.

Honda Cars India said its domestic wholesales in February rose by 28.3 per cent to 9,324 units as compared with 7,269 units in the corresponding month last year.

"The market demand continues to be good which is reflected in our positive growth in February sales," Honda Cars India senior vice president and director (marketing & sales) Rajesh Goel said.

However, the shortage of semiconductor related parts impacted the company on the supply front last month, which limited production volume and dispatches for certain models, he added.

"In the coming months, we will continue to make production adjustments in order to reduce its impact on our waiting customers," Goel said.

Nissan Motor India reported an over four-fold rise in wholesales at 4,244 units  last month over the same month last year, on the back of newly launched compact SUV Magnite and other existing vehicle models.

Similarly, MG Motor India said it has recorded its best-ever retail sales in February at 4,329 units.

The company's sales rose over three-folds last month to 4,329 units, as compared to 1,376 units in the same month a year ago.

In the two-wheeler segment, TVS Motor company reported 15 per cent increase in domestic sales at 195,145 units last month compared to 169,684 units in February 2020.