A new XUV, a new logo, and a big bang at the launch! Mahindra revealed its keenly-awaited XUV700 in Chennai on Saturday. 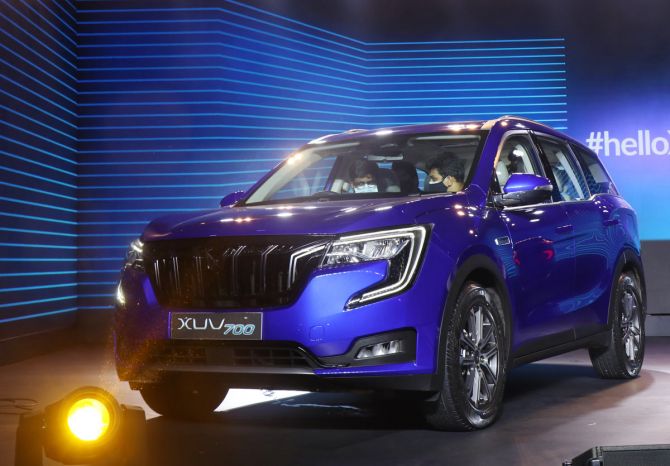 Boasting an unmissable presence, a tough yet sophisticated driving experience, a spirited performance, world-class safety and sci-fi-like technology, the XUV700 is set to take the SUV world by storm.

With several first and best in class features, and killer pricing, the SUV promises to steal the thunder from its peers.

On the outside, the new Mahindra logo adorns the completely new front grille of the XUV700, which is surrounded by the C-shaped LED DRLs. 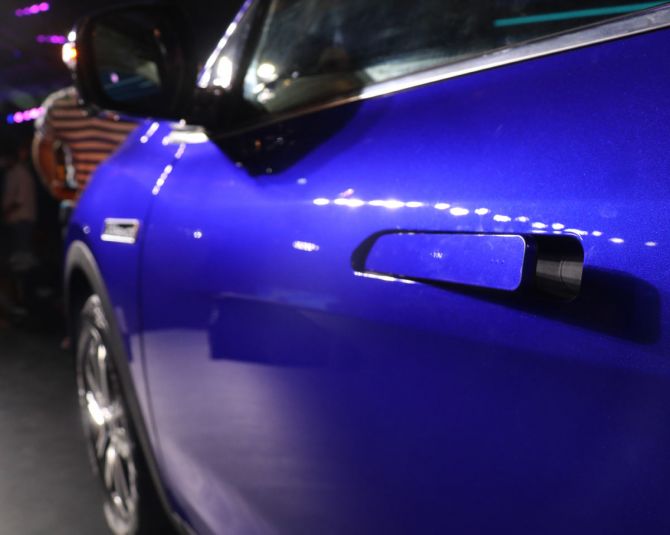 The first of its kind feature is the hidden door handles that will come in all the variants.

At the launch, Ramkripa Ananthan, ex-M&M chief designer who led the designs for the Mahindra TUV 300, XUV 500, KUV 100, TUV300 SUVs and also the Marazzo MPV, shared an instance where Anand Mahindra, chairman, Mahindra and Mahindra, was so impressed with the sculpted design of the XUV700 that he said this car should not have the conventional door handles... And this is what led to the hidden flush handles which come out as you go near the door.

The announced prices for four variants in the 5-seater manual transmission category are (prices are ex-showroom India):

The pricing for the rest of the variants will be announced soon, said Rajesh Jejurikar, Mahindra’s executive director for auto and farm sectors (on the right, in the picture below) at the launch in Mahindra's Research Valley near Chennai. Also in the picture below, on the left, is Dr Anish Shah, MD & CEO, M&M Ltd. 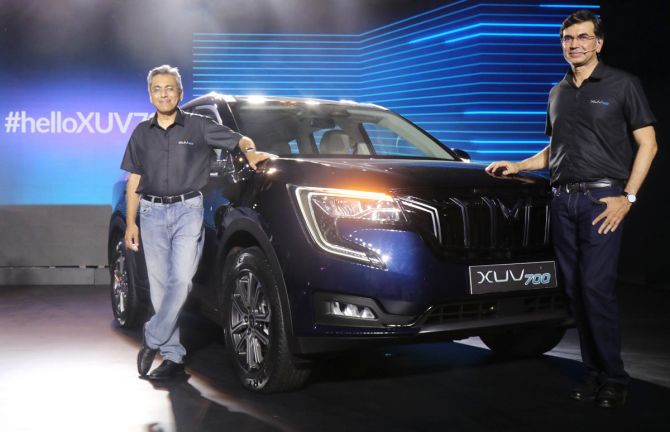 All the four variants mentioned above are the 5-seater versions of the XUV700.

The MX series, which is the base variant, will be followed by the AdrenoX 3, the AdrenoX 5 and the AdrenoX 7 variant of the XUV700.

The pricing of the top end AdrenoX Series, which is the ADRENOX 7, was not revealed. This vehicle will be packed to the brim with features like an advanced driver assistance system, driver drowsiness alert, smart clean zone, dual zone climate control, R18 diamond cut alloy, leatherette seats, leather steering and gear lever, 6-way power seat with memory, 7 airbags, in addition to all the features in the other variants. 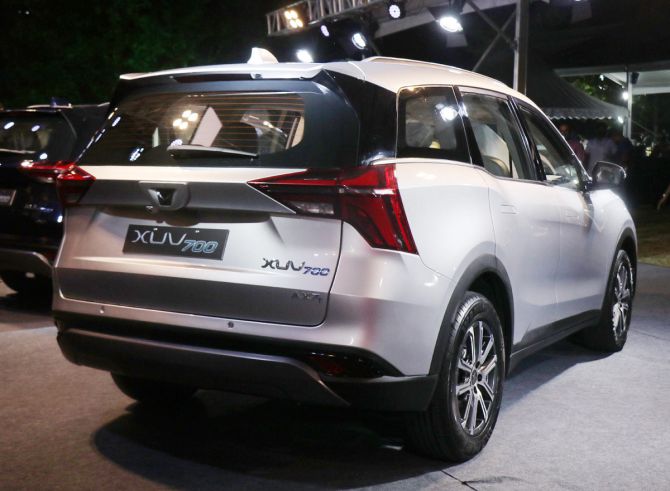 The XUV700 will be available in petrol as well as all-aluminium diesel engines with new generation 6-speed manual and automatic transmission options. The drive modes, which normally are City, Eco and Sport in other cars, are available here as Zip, Zap, Zoom and a custom mode that one can set to one's preference.

More about the actual drive of the XUV700 soon!