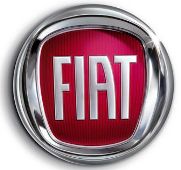 Fiat said on Wednesday it is evaluating options to introduce a new model in India through the completely built unit route and is also firming up plans for a small car that is likely to hit the market next year.

The company, which is present in India through a joint venture with Tata Motors, recently restructured its board in India by replacing two of its directors.

"There are different routes and opportunity to launch a model in India and the completely built unit route is one of them. Every route is open to us and we are still evaluating,"

He, however, declined to share further details such as the model and a possible timeline to launch the vehicle.

At present, the company is developing an India-specific small car at its R&D centre in Turin, Italy, with input from its operations in New Delhi.

"The small car is under development. We had announced earlier that our intention is to launch it in 2012. The exact timing and details will be shared when we will be ready with the product," Kapoor said.

During the Auto Expo in January last year, the company had said it would develop a small car specifically for the Indian market, with 80-85 per cent localisation of parts.

The small car would be produced at its plant in Ranjangaon, Maharashtra.

Kapoor had said the car could be similar or smaller than its existing hatchback, Palio.

Meanwhile, Fiat India has restructured its board with the replacement of two directors. The 10-member board has equal participation from both Fiat Group Automobiles SpA and Tata Motors Ltd.

As part of the rejig, Giovanni Bartoli and Harald Jakob Wester have moved back to Fiat Group headquarters

In their place, the company has appointed Gianni Coda and Alessandro G Baldi as the new directors in Fiat India Automobiles Ltd.

It has also appointed Ezio Barra and Giovanni Sella as the alternate directors for Coda and Baldi, respectively, in case of their unavailability.

Besides, Silvia V Blina has been appointed as the alternate director for Alfredo Altavilla. Stefan Ketter and Lorenzo Sistino are the other two directors on the board.

"This is a very routine restructuring of the board. There is nothing serious about it," Kapoor said.

A company spokesperson said this is the first time since the JV started its operations in 2007 that two directors have been replaced at the same time.

"Restructuring has been happening on a regular basis. So far, only one director has been changed in a single time," the official said.

The announcement comes less than a month after Tata Group chief Ratan Tata said the JV has not been as active as was planned and it needs to be critically examined to optimise its potential.

Tata had also said his good personal rapport with Fiat Group chief executive officer Sergio Marchionne has not been translated at the working level of the two firms.

With Fiat yet to make its mark in the Indian car market, Tata had said the Italian company needed to bring in more new models.

As part of a 50:50 joint venture agreement signed in 2007, the two companies had agreed to a joint distribution network and back-end support, besides co-manufacturing of products at the Ranjangaon facility near Pune.

The JV had announced a planned investment of around Rs 4,000 crore (Rs 40 billion) in a phased manner at the time of forming the partnership.