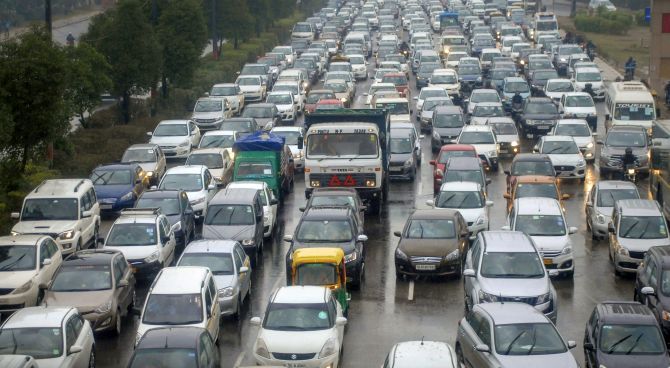 Automobile sales have encountered speedbreakers for the tenth month in a row, as overall new vehicle registration dropped by 5.4 per cent year-on-year this June.

Commercial vehicle sales were down 19.3 per cent, two-wheelers took a five per cent hot, while passenger vehicles (PVs) declined by 4.6 per cent in June 2019.

Ashish Harsharaj Kale, president, Federation of Automobile Dealers Associations (FADA), the apex automobile retail industry body, said that despite starting the month on a positive note, sales ended up declining due to continued liquidity tightness and a much-delayed monsoon.

He added that while inquiry levels were quite strong, conversion was affected on continued weak consumer sentiment due to which purchases were postponed across all segments.

With NBFCs and banks remaining cautious, normalcy in lending.which is needed to get the industry back on the growth path, still cannot be seen.

Major CV makers, such as Tata Motors and Ashok Leyland, have decided to halt production temporarily owing to weak demand and outlook for the industry.

With the current trend continuing for a few more weeks, PV inventory will, for the first time since the downturn, come down to healthy levels of around four weeks across many geographies and heading towards the FADA recommended and requested levels of 21 days or three weeks.

This will help dealers manage their viability and profitability better.

FADA is optimistic about the growth story of Indian Auto Sales for the next decade and beyond.

Kale said the current situation, though  worrisome, is temporary as fundamentals remain strong.

However, the near-term outlook of 4-6 months is expected to remain negative, says FADA.

This is mainly due to delayed monsoon in June, uneven spread in the first half of July and persistence of tight liquidity conditions.

Measures such as partial or temporary reduction of GST, scrappage policy and liquidity easing will bring the industry back on to growth trajectory, he added.