Is it all new? No it is a cosmetic upgrade in reality 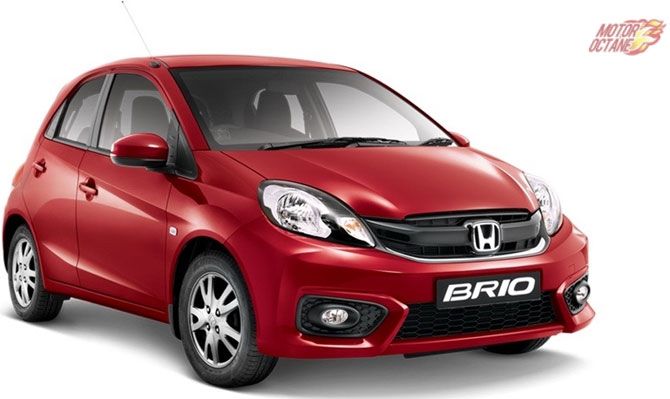 The all new Honda Brio 2016 has been launched. This is the hatchback’s updated version. The Japanese automaker is looking at making the Brio more premium than before.

The Brio was launched in 2011 and since then it has aged. Honda makes multiple changes to make it look premium. So, how good does it look? We share all new Honda Brio 2016 preview. Is it all new? No it is a cosmetic upgrade in reality.

There won’t be a major hike in the pricing, except for the automatic version, which has a new transmission. So, there could be a minor bump in the pricing. The Japanese automaker is looking at making this a highly affordable product that will be the preferred choice for many. 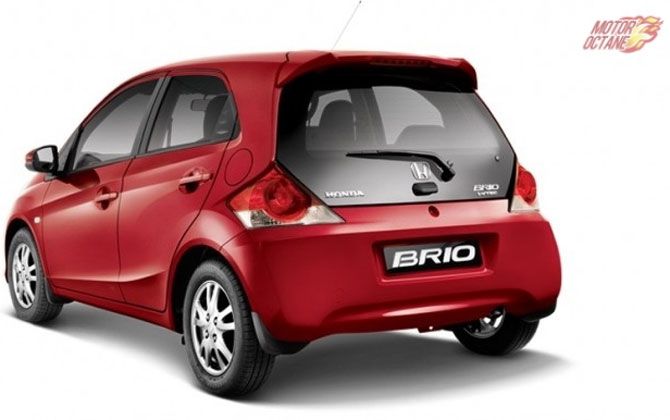 Out goes the thin chrome strip and now it is large and chunky. This makes the Brio look bigger and drifts it away from its trendy look.

This is the same front we have seen on the Honda Amaze 2016 as well. The headlamps too are similar on the Brio just like the Amaze.

In fact, in terms of styling there are very minor changes in total. The side remains unchanged. The rear gets revision in tail lamp styling. This is what makes the difference. The new Brio has stylish front end and it moves away from its jazzy look to appear more subtle. It is on the inside that the Brio gets some upgrades. Yes, there is the new instrument panel, which has been picked up from the Amaze.

This piano black interior makes it look classy and premium. Out goes the beige dash. There is a new instrument cluster too.

A new music system takes the centre stage. It even gets bluetooth connectivity, however there are no telephone controls on the steering wheel.

There won’t be a touchscreen on offer and even there won’t be controls for telephone on the steering wheel either. This time around it will even get climate control.

The Brio has compact dimensions, still it has spacious interiors. It is the rear that looks cramped. But in really it isn’t. There is sufficient knee room even for tall people. However, the head room is just fine. The boot is a bit too small.

The facelift will be launched by the end of this year. The Brio facelift will even sport the new CVT box, and the five-speed automatic will be discontinued.

For the Indian car market, there will be a 1.2-litre i-VTEC engine that will churn about 88bhp of power and 115Nm of peak torque.

There won’t be a diesel engine on offer. The new petrol CVT will mean better fuel efficiency and smoother power delivery when cruising in the city. The old automatic is the conventional style and the new CVT will improve drivability.