As slowdown pinches, CEOs of most pharma cos take pay cut

From Lupin's Nilesh Gupta to Sun's Dilip Shanghvi, most pharma CEOs either took a pay cut or a flat package in 2018-19.

As the pharmaceutical sector is going through a slow growth phase, be it in the US market or the Indian domestic market, chief executives (CEOs) of the top drug firms either have taken a pay cut or have taken home a flat package in 2018-19.

This is despite Sun Pharma registering 27 per cent year-on-year (YoY) growth in consolidated net profit for the year under review.

The company, which is a market leader in the domestic space (with an 8.2 per cent market share), saw its revenue from the Indian branded generic business decline by 8.5 per cent to Rs 7,348.3 crore.

Sun Pharma reasoned that the dip was due to one-time adjustment related to transitioning its distribution business to a wholly-owned subsdiary, excluding that the business would have grown by 5 per cent.

Analysts, however, see this as an indication of the overall slowdown in consumption in the domestic market where the market leader, too, has posted muted growth. In the January to March quarter, the domestic market saw a meagre 0.1 per cent growth in volumes.

Volumes have been in the slow lane for the past six months and the new financial year, too, is not showing signs of revival.

In fact, during April-June, the volume sales in the market are down by 0.8 per cent.

The US market also has seen pricing pressure in the generics segment. It has eased out in the recent quarters.

Companies, however, are taking a cautious approach when it comes to launching products in the US as a slow domestic market has taken away the comfort of sacrificing margins for volume growth in the US.

The CEOs’ salaries also have taken a brunt.

A quick analysis shows that while Shanghvi took a whopping 99 per cent pay cut, Lupin’s MD Nilesh Gupta took an 80 per cent year on year cut.

Lupin’s net profit for FY19 declined by 32 per cent and the remuneration of Gupta dropped by 80 per cent.

In FY18, he earned Rs 9.1 crore, of which Rs 2.08 crore was performance-linked incentives.

The company follows a market-linked remuneration policy and Gupta did not receive any incentive for FY19.

In fact, there was a reversal of Rs 1.3 crore excessive incentive provided in FY18 from Gupta’s salary.

This brought his FY19 remuneration down to Rs 1.8 crore.

Cipla saw a 5.3 per cent rise in net profit in FY19. Its fourth quarter numbers were strong, with the US business delivering a strong 41 per cent growth.

Cipla’s MD and global CEO Umang Vohra’s remuneration was down 20 per cent. His salary component remained more or less flat in FY19 at Rs 6.3 crore, so was the bonus (Rs 5.5 crore).

However, the stock options exercised during FY19 were less than what was exercised in FY18.

While Cadila Healthcare posted a 4 per cent rise in profits, Torrent’s net profit was down 35 per cent in 2018-19.

Dr Reddy’s Laboratories MD and co-chairman G V Prasad is perhaps the only exception among the sector CEOs who took a 60 per cent jump in his remuneration as his incentives (commission as percentage of profits) doubled in FY19.

Prasad got a commission of Rs 10 crore in FY19 as against Rs 5 crore in FY18 as DRL’s net profit grew 92 per cent during the year.

Annual reports for Aurobindo Pharma and Glenmark for the year 2018-19 were not yet available.’ 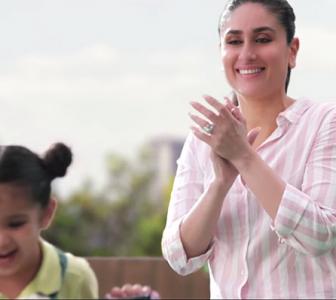 2 reasons why drug sales are in poor health