As inflation remains unchanged, will RBI cut rates in Oct?

With pricing power of producers unlikely to strengthen and commodities ex-crude oil likely to remain sluggish in the immediate term, the core-WPI inflation may remain sub-zero in the rest of this calendar year. Wholesale price based inflation was unchanged at 1.08 per cent in August, reinforcing the expectation of a rate cut by the RBI in the October policy review.

Although the RBI takes into account the consumer price index based inflation while deciding its monetary policy stance, the decline in core inflation has strengthened the case for a rate cut, said an expert.

According to the data released by the Ministry of Commerce & Industry on Monday, the increase in prices of certain food items was partially neutralised by static prices of manufactured goods during August 2019.

Inflation in food articles rose to 7.67 per cent during the month as against 6.15 per cent in July mainly on account of rise in prices of vegetables and protein-rich items.

Vegetable inflation went up at 13.07 per cent from 10.67 per cent in the previous month.

Inflation in protein-rich items like egg, meat and fish rose to 6.60 per cent last month from 3.16 per cent in July.

However, fuel and power basket continued to witness deflation at 4 per cent in August as against 3.64 per cent in July.

Inflation in manufactured products showed no inflation print at 0 per cent as against 0.34 per cent in July, showed the data released by the ministry.

"The weakness in the core WPI inflation in August 2019 was broad-based, with 15 of the sub-sectors recording a sequential easing in inflation and as many as nine of the categories recording a year-on-year disinflation," said Aditi Nayar, economist at ICRA.

With pricing power of producers unlikely to strengthen and commodities ex-crude oil likely to remain sluggish in the immediate term, the core-WPI inflation may remain sub-zero in the rest of this calendar year, she added.

"The disinflation in core-WPI in August 2019 has further reinforced our expectation of a rate cut in the October 2019 policy review.

“In our view, the assessed space for further accommodation should be front loaded," Nayar said.

The retail (CPI) inflation in August rose marginally to 3.21 per cent as against 3.15 per cent in the previous month mainly due to costlier food items, government data showed last week.

The Reserve Bank has cut key repo rate by 110 basis points during this year by effecting a total of four cuts so far.

The economy which recorded a six-year low growth of 5 per cent in the first quarter of the current fiscal may require some action by the RBI to boost consumer demand in the upcoming festive season. 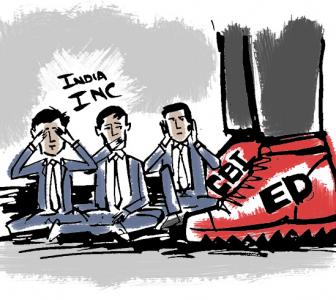