In 2010, ministry told its officers nominated on PSB boards to stay away from big-loan panels; central bank followed suit. 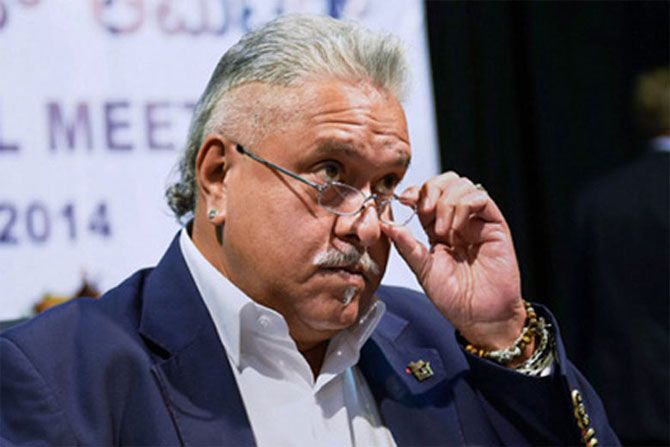 Image: Like Mallya's loan, which has turned non-performing, plenty of those loans given out from the period now sit on the books of the state as bad ones. Photograph: Reuters

It was an innocuous change of policy by the finance ministry in 2010 which allowed Vijay Mallya and several others to tap public sector banks for additional loans, riding on often weak credit appraisals.

The finance ministry that year told its officers who were nominated on the boards of public sector banks to stay away from the board sub-committees tasked with examining big-ticket loans.

The nominee directors were instead supposed to give their opinion on systemic and other macro issues concerning the banks.

A few months later, Vijay Mallya applied for a sizeable credit from the state-owned IDBI Bank and that was approved for about Rs 900 crore (Rs 9 billion).

As a top-level officer in the government at that time put it, "It was unfair to subject the officers from the various wings of the finance ministry to examine these big-ticket loan applications without having any expertise in appraisal for the same".

The former is supposed to represent the interests of the government as the largest shareholder in the bank and the latter is expected to be an eye for the regulator in the boardroom.

The decision to withdraw the officers from the inspection of individual credit decisions of the banks happened just before the banks in 2010 and 2011 began a massive credit drive for the infrastructure sector.

The drive was part of the stimulus package the government began to offer to the industrialists to revive investments in the economy.

While there is no way to figure out if Mallya's loan would have gone through otherwise, the absence of the two directors did take out an element of supervision from the boards. A recent CBI (Central Bureau of Investigation)-led investigation concluded that the loan for Mallya's now-grounded Kingfisher airline was partly used to retire other debts.

Another officer aware of the developments then said that before Mallya could get a lifeline from the IDBI Bank, he had made more than one trip to the banking division of the finance ministry.

But the division had refused to intervene on his behalf telling him to convince the boards of the respective banks instead. The officer conjectured that the finance ministry representative would have been aware of the position taken by the division because of which the board of IDBI Bank would have subjected the application from the beleaguered liquor and airline business man to more intense scrutiny.

Like Mallya's loan, which has turned non-performing, plenty of those loans given out from the period now sit on the books of the state as bad ones.

The latest estimate for these loans is about Rs 4,00,000 crore as on March 31, 2015. On Thursday, credit rating agency CRISIL downgraded its ratings on the debt instruments of eight public sector banks. IDBI Bank is one of them. It expects the weak assets to "balloon" to Rs 7,10,000 crore (Rs 7.10 trillion)  by March 2017.