As financial crisis deepens, tea estates are up for sale

The root of the problem, according to industry officials, is the sudden stoppage of lines of credit to tea plantation companies.

With limited funds available for daily operations, the financial crisis in the tea sector is deepening with several companies putting up their estates for sale.

This is despite tea prices improving marginally last year with projections of a good opening this year once auctions re-commence.

After McLeod Russel and two other tea majors - Warren Tea and Jay Shree Tea & Industries - announced sales of estates to pare debts and bring in financial prudence, Apeejay Tea also underwent an insolvency trial before NCLAT quashed the proceedings against the tea producer.

Assam Company, on the other hand, underwent a change of hands via the insolvency route.

The root of the problem, according to industry officials, is the sudden stoppage of lines of credit to tea plantation companies, which has severely impacted their cash flows.

“After banks pulled off their lines of credit, many plantation companies are struggling now.

"This has impacted the cash flow in the company and some of the plantations are not in a position to keep up with their financial commitments”, Razi Khan, director of sales and marketing at Appejay Tea, said.

Ratings agencies had downgraded the ratings for various tea companies, which sources said, had influenced the flow of credit to tea firms.

Apeejay Tea also suffered a similar fate with its long-term bank facilities being revised from A+ to A.

Various factors like consecutive losses by certain companies, repayment obligations, projections of lower income and overall group stress were factored in the ratings revisions apart from the overall stress in the tea sector which has been impacting the financial health of the tea firms.

A lack of funds has prevented companies from diversifying into other sectors like tourism and alternative crops, which could have hedged a part of the risk arising out of plantation losses.

“Tea prices haven't increased for the past five years. On the other hand, costs continue to increase and a majority of tea estates are now making losses.

"This has created a serious imbalance in the plantation business”, Vivek Goenka, executive director at Warren Tea, said.

Officials suggested that while costs have risen by around 15 -18 per cent over the past five years, prices have shot up by 5-7 per cent.

For the past three fiscal years, the company hasn’t been making any profits.

For McLeod, however, apart from prices, group affairs have been a drag on its balance sheet which led to mounting debts of around Rs. 1,700 crore.

Sources said that apart from the larger companies offering their tea estates for sale, numerous single-estate plantations are up for grabs in Assam and Dooars region in West Bengal.

“Those companies which are diversified and have retail brands are hedged from the plantation risks to an extent; but pure play plantation companies are at a huge risk”, Khan said.

McLeod, Warren Tea, as well as Assam Company, are pure plantation players, while companies like Goodricke, Apeejay, Jay Shree and others have been able to evade plantation risks with a retail presence.

The other cause of the problem is the dichotomy in the plantation trade where estates, with huge financial commitments, including wages and bonus, are competing with small tea growers, who otherwise have minimal financial obligations. 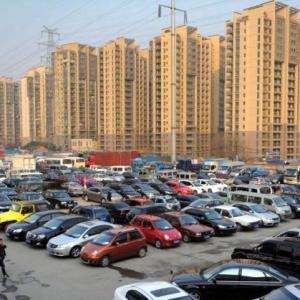