Asked about his fleet of luxury cars and other references to his lavish lifestyle as the counsel for the banks cross-examined him, the Reliance Communications chief dismissed them as "speculative" media stories. 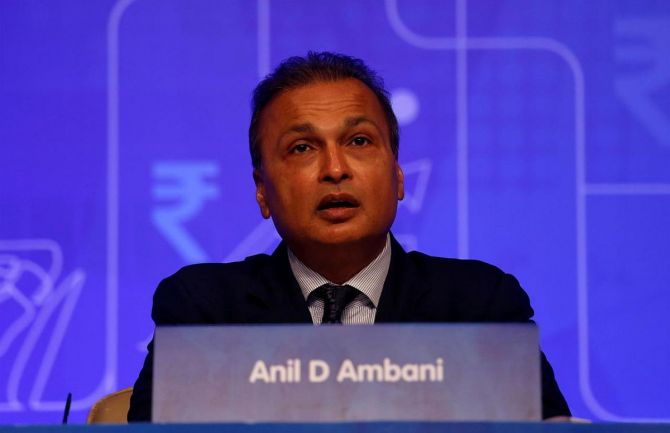 Reliance Group chairman Anil Ambani has told a UK court that suggestions of his lavish tastes are speculative because his lifestyle is "very disciplined" as he gave evidence in a dispute involving a loan agreement with three Chinese banks.

The 61-year-old former billionaire appeared via videolink from Mumbai before the high court on Friday for compulsory cross-examination in aid of an asset disclosure order obtained by the Industrial and Commercial Bank of China Ltd Mumbai Branch, China Development Bank and Exim Bank of China.

The order required Ambani to give full disclosure of all of his assets worldwide exceeding $100,000.

"My needs are not vast and my lifestyle is very disciplined," Ambani told the London court.

Asked about his fleet of luxury cars and other references to his lavish lifestyle as the counsel for the banks cross-examined him, the Reliance Communications chief dismissed them as "speculative" media stories.

"Mr Anil Ambani has always been a simple man of simple tastes, contrary to exaggerated perceptions of his flamboyance and lavish lifestyle," said a spokesperson for Anil Ambani.

"He is devoted to his family and company, an avid marathon runner, and deeply spiritual.

“He is also a lifelong vegetarian, teetotaller and non-smoker who would much rather watch a movie at home with his kids than go out.

“Reports that suggest otherwise are completely misleading," the spokesperson said.

The dispute revolves around an alleged breach of a personal guarantee on a company debt refinancing loan of around $925 million dating back to February 2012.

Ambani denies providing authority for any such guarantee, resulting in the high court action in the UK - the jurisdiction agreed upon as part of the terms of the loan agreement.

In May, the commercial division of the high court of England and Wales in London had ruled that the personal guarantee was binding on Ambani and directed him to pay early $717 million to the three Chinese banks.

"The banks will use the information from the cross-examination to pursue all available legal avenues to protect their rights and recover the outstanding loans owed to them,” the banks said in a statement this week.

At a hearing in the case earlier in the year, a UK judge had ruled that he did not accept Ambani's defence that his net worth was nearly zero or that his family would not step in to assist him when "push came to shove".