The airport sees 950-960 aircraft movements daily, and Saturday saw an additional 37 flights to Udaipur as celebrities, filmstars and politicians made a dash to the city for the pre-wedding celebrations. Mumbai airport is the busiest one with single runway operation. The previous best was 1,003 daily flights in June.

The airport sees 950-960 aircraft movements daily, and Saturday saw an additional 37 flights to Udaipur as celebrities, filmstars and politicians made a dash to the city for pre-wedding celebrations.

Udaipur itself saw 141 flights on Saturday, which is nearly five times the daily average.

Typically, The Maharana Pratap airport in the city handles 32 flights daily. Charter flights operated with Dassault Falcon or Bombardier aircraft do not require full runway length at Mumbai for take-off and can get airborne from runway intersection. Also, these planes have higher climb speeds which makes it easier for air traffic controllers to handle more departures from Mumbai in an hour.

Though Mumbai has two intersecting runways, only one of them is in operation at a time. The airport's main runway has a declared capacity of 46 movements per hour, and flight schedules and slots are approved on that basis.

Flight movements on a given day can be higher because of non-scheduled or charter movements and thus on an average the airport sees 46-48 movements per hour during its peak hours. On Saturday it saw 51 movements in one hour.

London's Gatwick airport, which has the tag of being the most efficient single-runway airport, handles around 55 movements per hour and, unlike Mumbai, does not have round-the-clock operations and is shut from midnight till 5 am. 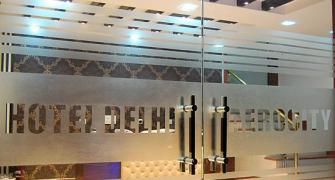 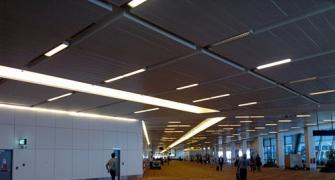