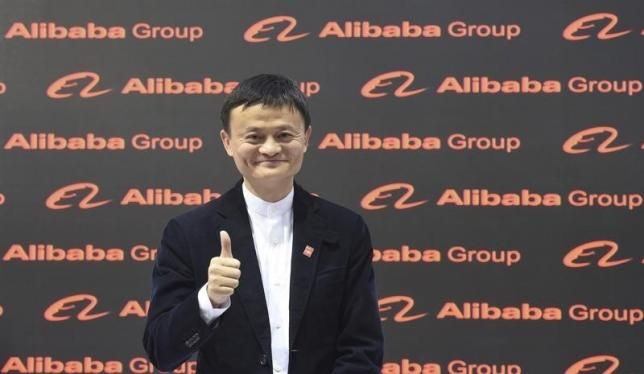 Just about a year ago, Chinese e-commerce major Alibaba - with its blockbuster $25-billion IPO in New York - was the dream story that every online retailer wanted to follow.

The 16-year-old marketplace player has sobered down since that global outing, posting disappointing earnings, both for revenue and profit.

In the backdrop of the yuan getting devalued and domestic growth suffering, Alibaba is now looking to spread out internationally to tap opportunities where they exist.

It has already started its India play, with the country figuring high in its pecking order.

He has met Prime Minister Narendra Modi on at least two occasions and discussed business potential in the online world.

While Ma and his team had stayed away from Indian e-commerce for this long, perhaps due to the restrictive foreign investment policy, Alibaba now appears to be aggressively investing in a market where online sales were pegged at over $5 billion at the end of 2014 and are expected to touch $17.5 billion by 2018.

According to data by digital research firm eMarketer, the Indian e-commerce market is one-eightieth of Chinese online sales of $426.26 billion.

Alibaba accounts for 80 per cent of the total e-commerce in China.

The prospects of e-commerce in India, which also prompted America's Amazon to set up a marketplace business in the country, is getting Alibaba active too.

It is still an indirect engagement for the Chinese major, which has made large announcements recently on expanding its business-to-business (B2B) operations in India.

But experts say that Alibaba's imprint on online B2C (business to consumer) operations in India will be seen and felt soon.

(Foreign direct investment is not permitted in e-commerce in India, but most players operate through foreign funding by being present in a marketplace format as opposed to being inventory-led. There are no FDI limits for marketplace.)

Alibaba did not respond to a query emailed by Business Standard on its India strategy, but a source close to the company recently told the newspaper that the group was looking to replicate in India what it had done in China.

Alibaba does not want to stop after investing in just one e-commerce company; it wants to be present across the ecosystem in India, he said.

Indeed, last week, leading Indian e-commerce player Snapdeal raised $500 million in a fresh round of funds from a clutch of investors led by Alibaba, Foxconn and Softbank.

While Foxconn confirmed it invested $200 million, sources hinted that another $200 million came from Alibaba.

While talks have been on for Snapdeal's first fund-raising in 2015, reports indicated that the investment got delayed over valuation issues.

The deal was struck at an estimated valuation of Snapdeal at $5 billion, with a prominent investor, eBay, selling a large part of its stake in the company.

Well before the Snapdeal investment, Alibaba Group, through its financial arm-Ant Financial - had picked up 25 per cent in One97 Communications, which owns and operates Paytm, a mobile wallet company and now also an e-commerce player.

Sources believe that Alibaba could directly invest in Paytm soon, taking up the Chinese group's stake to 40 per cent.

Alibaba could invest up to $600 million in Paytm. Neither Alibaba nor Paytm has confirmed this.

Vijay Shekhar Sharma, founder and CEO of Paytm, says that the Alibaba ecosystem would have an impact on the Indian e-commerce sphere by way of advanced technology, a much greater range of products as well as larger catalogues for consumers.

But he insists, "We want to be the Paytm of India, not the Alibaba of India". Alibaba is a marketplace model, while Paytm has an asset-light format led by payments system and mobile phones, he points out.

On further investments coming from Alibaba, Sharma says, "We have money in the bank and are well capitalised. We don't need to raise money this year."

He adds that "Paytm, along with Alibaba as its partner, will solve India's problems," referring to easier access to products across the country.

That said, Alibaba's brand value and association are hard to miss. Paytm, a company that entered e-commerce last year, is being valued at around Rs 15,000 crore or Rs 150 billion, a source says.

Alibaba is not coming alone into India's e-commerce space. Japan's Softbank, a leading and among the oldest shareholders in Alibaba, is investing big time in Indian e-commerce and startups.

Last year, Softbank invested $627 million in Snapdeal. In 2014, Softbank was the largest investor in the online startup world at over $1 billion.

Other companies in which Softbank invested include Ola, Housing.com, ScoopWhoop and, more recently, a $20-billlion solar project along with Bharti Enterprises and Foxconn.

Arvind Singhal, founder of retail consultancy Technopak, describes Alibaba as a pioneer in e-commerce, the influence of which goes much beyond the merchandise.

The company can offer expertise in many dimensions, including B2B, logistics and financial services, he says.

China and India are similar in that both do not have a strong organised retail network Singhal points out. Alibaba showed how mobile wallets could bypass the need for cards.

"That learning is very important for India and could be a role model for everyone from Flipkart to Snapdeal," he says.

To be sure, Snapdeal has for long called itself the Taobao of India.

Taobao is an online shopping site operated by Alibaba Group. Myntra, the fashion site acquired by Flipkart recently, referred to Alibaba's mega sales - Single's Day - as the biggest success story and is trying to emulate it.

Facing a slowdown at home and competition from others like JD.com, Alibaba has recently made a large investment in Suning Commerce Group, a major electronics retailer in China, to help connect online consumers with brick and mortar stores.

In China, the Alibaba Group runs multiple companies and affiliated entities in e-commerce and allied segments.

Facing a slowdown at home and competition from others like JD.com, Alibaba has made investments to expand even in the brick and mortar space.

The company recently made a large investment in Suning Commerce Group, a major electronics retailer in China, to help connect online consumers with brick and mortar stores.

That perhaps is another area where Alibaba could collaborate in India to gain access to offline retail.

The group is also tying up with apparel brands across the world - another window of opportunity for Indian companies to tap into.

Ma and the other co-founders had finalised the name "Alibaba" after much research on its acceptability.

India was among the countries where people were asked the meaning of the word. "Open sesame" was the quick reply all across, and that's what Alibaba would look for in Indian e-commerce too.