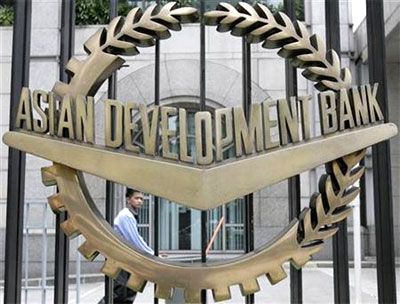 Asian Development Bank proposes to increase lending to India by almost 50 per cent to $12 billion by 2018, ADB President Takehiko Nakao said on Tuesday.

He was talking to reporters in New Delhi after meeting Finance Minister Arun Jaitley and Urban Development Minister Venkaiah Naidu.

ADB’s annual lending capacity, he added, is expected to increase to as much as $20 billion a year from the current level of $13 billion based on the merger of its Asian Development Fund lending operations with its Ordinary Capital Resources balance sheet.

Answering question on India's growth prospects, Nakao said the country's growth rate is expected to exceed that of China in this year.

ADB is expected to revise its growth projections for the current fiscal in July, Nakao said.

"The strong growth outlook is backed by good macroeconomic indicators such as a decline in inflation and the current account deficit, and reforms to further open up certain sectors for foreign direct investment and reduce fuel subsidies. Efforts to expedite clearances for key infrastructure projects will also sustain growth momentum."

Answering questions on the interest rates, Nakao made a case for further rate cut by the Reserve Bank saying it should be linked to the inflation numbers.

"7.25 per cent (policy repo rate) is still not excessively low...if inflation rate is lower of course interest rate can come down" he said, adding that he did not want to "predict monetary policy of India".

RBI has cut benchmark interest rate by a total of 0.75 per cent in three tranches since January. As regards the wholesale inflation, it has been in the negative territory for the past seven months.

India's track record in repayment of loans, Nakao said, was very clean and ADB would be looking forward to increasing its exposure in infrastructure, skill development and urban services among others.

"So there are huge financing requirements. India has lot of potential," he said, adding "India is a good place to increase our lending".

Replying questions on whether the competition would increase after setting up of BRICS Bank, he said the ADB too is working with Asian Infrastructure Investment Bank (AIIB) to meet the funding requirement for in the region.

"There are many areas of cooperation and we will be co-financing the projects in infrastructure," he said, adding that efforts are also being made at the ADB to speed up the process for approval of loans for projects.

In addition to making ADB more competitive, he said the multi-lateral agency also proposes to speed up the reforms within the organisation. ADB has also decided to delegate requisite authority to its India office to take decisions with regard to funding of projects.

In discussions with the Finance Minister, Nakao expressed strong support for reforms in the labour market as well as the proposed new Goods and Services Tax (GST).

"The government’s proactive role in pushing key reforms will lead to an improved business climate...strong commitment in the budget on raising public investment by 25 per cent in critical infrastructure sectors such as roads, railways, and urban development will further crowd in much-needed private investment," he added.

To scale up private sector participation in the skills regarding smart cities, he said, ADB will target cities in seven states where it has operations in the urban sector.

ADB will also support improvement of Indian Railways through investment projects in areas such as railway electrification, factories to produce locomotives and coaches, and modernising workshops, he added.

Recent ADB projects in Rajasthan include a $500 million loan to support urban development, a $176 million loan to expand metro rail in Jaipur, and a $300 million multi-tranche financing facility for solar energy transmission.