'We stayed away from corporate loans, focus is back on retail'

'We have aspirations to grow at around 20%.'

'Digital transactions have more than doubled on a daily average after demonetisation.' 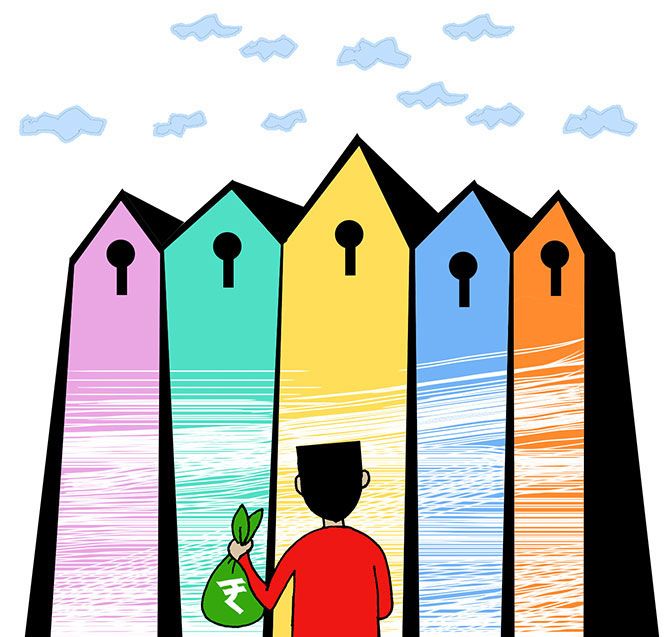 Thrissur-based South Indian Bank has announced its third-quarter results, with a growth of 9.6 per cent in net profit at Rs 111 crore (Rs 1.11 billion) during the quarter ended December 31 as compared to the corresponding quarter previous year.

During the latest quarter, the Bank has seen demonetisation helping its current and savings account growth and digital transactions.

How do you see the quarterly results? Was the bottom line in line with your expectations?

We have done reasonably well, operating profit on a year-on-year (y-o-y) basis is up 43 per cent. Profit after tax is also good at 9.6 per cent. A lot of it was because of the treasury. Treasury and forex together is almost 142 per cent y-o-y growth. In other income also we have done well. Almost 51.8 per cent increase was there y-o-y in other areas of fee income. 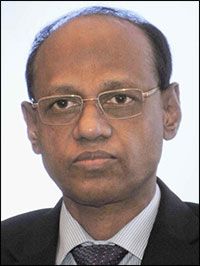 What is the impact of demonetisation during the quarter?

Digital transactions have more than doubled on a daily average after demonetisation.

The average daily card transaction numbers before demonetisation, between April and November, was 17,184 per day.

Of all digital transactions including mobile, internet and card transactions put together, the average daily transaction number was 33,841 before demonetisation.

After demonetisation, this has grown to 78,478 transactions per day.

Our non-performing asset (NPA) levels are remaining the same more or less the same.

The branch network was under pressure during November and December, and there were some difficulties in some transactions. Loan growth would have been a little better if this pressure is not there.

You are coming up with a rights issue. Could you share some details?

The board has given all approvals for the ratio, which is 1:3 and the price at Rs 14, including Rs 13 premium. On that basis, the amount will be Rs 630 crore (Rs 6.3 billion). It is all for our business growth. We have aspirations to grow at around 20 per cent going forward. This capital is needed for the business. Further decisions on the issue are yet to be taken by the board.

How much will this rights issue help you to achieve this goal?

We already have a tier-II programme of Rs 500 crore (Rs 5 billion). We will also have a reasonable amount of retained profit. Last year we had Rs 210 crore (Rs 2.1 billion). We will also be having a reasonable amount of retail earning during this year also. Our capital to risky asset ratio is already 11.05 per cent and it is not as if we have a capital constraint.

What is your expectation for the current and next financial years?

We have grown only 11.4 per cent this quarter on a y-o-y basis. It may be more realistic to expect 14-15 per cent growth for the next quarter. Going forward, our ambition is to grow 20 per cent annually. The orientation for retail business growth is very much among the staff.

We are working on greater efficiency on loan disbursement. We have 840 branches and around 45 extension counters. Our expansion plan is to have 50 extension counters as we are focused more on such counters, which could be converted into a branch if there is potential.

Which are the focus segments?

In the first 80 years the bank had its focus on retail and nothing else. In four years -- 2010 to 2013 -- we did a significant amount of large corporate business.

That has not served well for the bank when we look back, it has created pressure and elevated NPAs. In the past two and a half years we have stayed away from very large corporate loans and focus is clearly back on retail.