One incident should not be used to generalise the health of all cooperative banks, says RBI governor Shaktikanta Das. 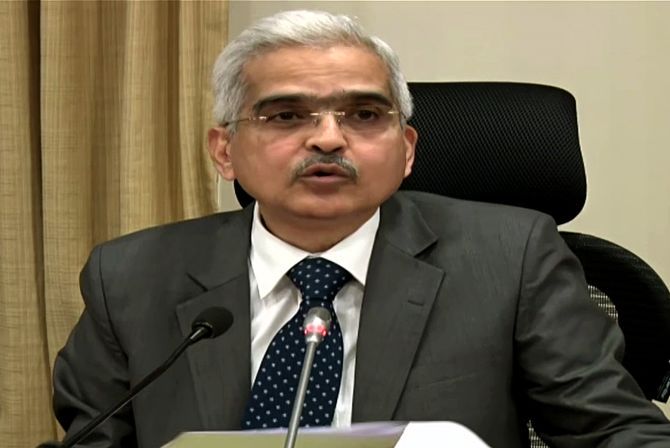 Did the MPC deliberate on the impact of the corporate tax rate cut on fiscal deficit?

The government has several sources of revenue. So, whatever shortfall is expected because of the announcement of the corporate tax rate cuts, it has the option of making it up through other sources.

Will the RBI pursue open market operations (OMO) only to ensure liquidity in the system or also force further transmission of rates, given the market’s worries of higher yields on fiscal deficit fears?

The RBI has several instruments to infuse liquidity in its toolkit, including OMOs. We will conduct OMOs to deal with the liquidity situation either to infuse or suck out liquidity, and in any case, the RBI doesn’t manage yields. Yields are market driven.

What was the reason for not taking a 40 bps cut and when will transmission align?

We have given a forward guidance that the accommodative stance will continue. We have cut the policy rate by 135 bps since February. We have to see the impact of all these policy rate cuts and the impact of the fiscal measures that the government has taken over the last few months and then of course the corporate tax rate cut to see how these will impact the real economy. The MPC, therefore, took the call at this point of time to cut 25 bps.

How does one ensure that the rate cuts trickle down to the end-borrower?

We have introduced monetary benchmarks. We monitor them constantly, regularly, on a monthly basis internally to keep a check on transmission.

There are reports that the government is now asking for a Rs 30,000-crore interim dividend. Can you please clarify?

I have also seen it in the media. I am not aware of any such demand from the government for interim payment.

Did you discuss the ongoing crisis in non-bank financial companies (NBFCs) and the PMC Bank issue?

Cooperative banks, NBFCs or banks are not within the purview of the MPC. Therefore, MPC does not discuss these issues.

But since you have raised the issue, let me say that the Indian banking sector remains sound and stable and there is no reason for any unnecessary panic. In fact, sometimes unnecessary rumours can create panic. So, I would like to appeal to the members of the public and all depositors not to believe in such rumours.

In this particular case, as soon as the RBI came to know about it, we acted very swiftly and promptly. We have appointed an administrator, advisory committee, have reviewed the liquidity condition, enhanced withdrawal limits and a complaint has been filed with the economic offences wing (EOW).

One incident should not be used to generalise the health of all cooperative banks.

PMC Bank was hiding non-performing assets for the last eight years. Why was the RBI unable to spot it?

The RBI will not allow any cooperative bank to collapse. Cooperative banks develop their problems because of various other factors.

The discussion with the government on the amendment of regulations of cooperative banks is an ongoing process; we are in discussions.

Will the RBI prefer that cooperative banks be completely regulated by the central bank?

The structure of cooperative banks is that they are not shareholders, they are members. That is a big difference and there are legal issues also involved.

Every such incident is an experience. So, based on this experience we will obviously give a fresh look at the regulatory framework which is in existence. And if any changes are required, we will take them up with the government.

What is the probability that one of the top 50 NBFCs that you are monitoring defaults in the next few quarters?

It is our endeavour to ensure that we do not encounter failure of another large systematically important NBFC. With that objective, we are monitoring the situation. And wherever required, we are calling the management of those NBFCs, having a dialogue with them and finding out how to resolve issues.

In the last few years we have seen issues at Punjab National Bank (PNB), IL&FS and this year PMC Bank. Is the RBI doing anything to fix the supervisory inspection mechanism? Is there any accountability fixed at the regulatory level?

We have already announced a department and are building a new cadre for supervision. The department has been formed, and it is work in progress. As far as fixing responsibility is concerned, all aspects of the scam have been looked into. I would not be able to go into further details at this point.

Is there an asset-quality risk coming out of loan fairs?

The government letter, which has been issued to banks, makes a specific mention that banks are required to follow prudent lending principles. So far as the RBI is concerned, in all our interactions with the chiefs of public sector and private sector banks, we do emphasise the need for prudent lending.