'This year's Budget didn't give into populist measures everyone was expecting after demonetisation, so I think that was a positive step.'
'Hopefully the Budget will continue in the way it has been.' 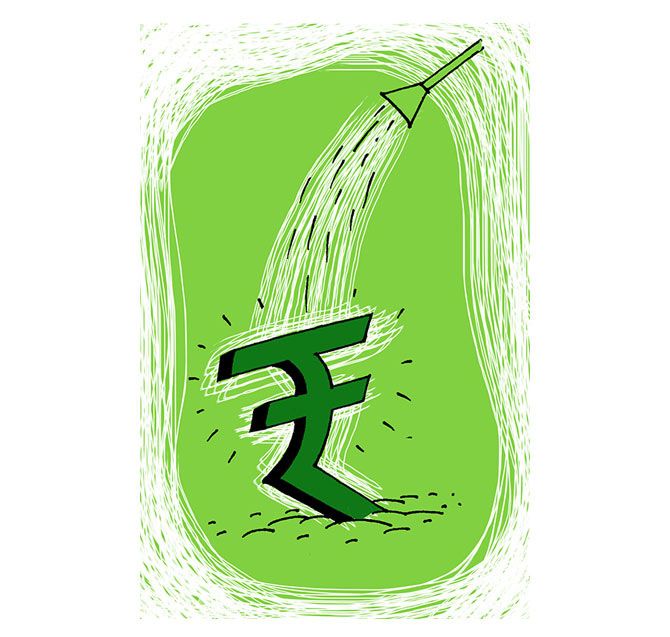 "You will see a lot of development happening in real estate over the next one year or so," Dr Ghosh tells Rediff.com's Vaihayasi Pande Daniel in the third part of the multi-part interview, "because the real estate sector and the construction sector, at the end of the day, are the most employment intensive sectors."

A dynamic real estate market is a sign of a dynamic economy. At the moment that market is very slow in Mumbai for sure and all over the country. How does one explain the stock market doing well, but not real estate?

The market is doing well, because after demonetisation a lot of money has come from the informal sector to the formal sector.

Possibly mutual funds have put that money into the stock market, buying shares.

Therefore, this market rally is currently due to the money which was unleashed into the banking system, post demonetisation.

You need to appreciate that the real estate sector has been going through turbulent times for the last couple of years.

There had been a lot of these builders (who have not delivered). For example, I bought a flat in 2010 that has not been delivered to me. It (the real estate market) has been going through a consistent downturn for the last six to seven years.

Hopefully with the new insolvency and bankruptcy code (the National Company Law Tribunal, NCLT, proceedings) coming into the question there will be some resolution of some of the builders that I could hear of in the press. And that will add a positive momentum.

Also remember that RERA has come also into effect from July 2017 so all new launches now have to be RERA certified in that particular state. So this will actually lead to the slowing of the launches.

But I believe that this will be again a temporary phenomenon. The government has been very mindful. It has been pushing the affordable housing segment in the last couple of months.

If you take my word for it, you will see a lot of development happening in that segment over the next one year or so, because the real estate sector and the construction sector, at the end of the day, are the most employment intensive sectors.

I don't expect any upset (change) with real estate prices for the next year or so.

What will start bringing them up?

Maybe that will take a year or so. But there is going to definitely be a pick up in the housing and loan market particularly the affordable housing segment.

It is still a buyers' market?

It is still a buyers' market. Now is the time for everybody to go and buy in the market...

And also the fact that now the economy is getting formalised so the unaccounted money component for the real estate sector has been completely cleaned up.

That is also one of the reasons why you are seeing that the buying interest is on the lower side.

At the end of the day that's a good thing for all of us.

So it is not about waiting for the elections. It is just about the system stabilising?

The system stabilising at a level with which it could sustain itself meaningfully for the next couple of years, or even the next decade. 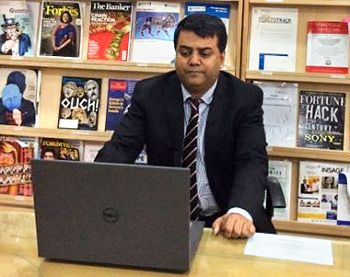 So what you are saying -- I am looking at the bigger picture -- between the RBI and this present government, matters are in reasonably safe hands? Between the two?

And you are confident?

And the finance minister? One reads conflicting things in the newspapers so one doesn't know.

If I look purely at the data part, I find that most of the data is actually much more reasonable than what is given, even though, of course, there are some things (that could do better) like the asset quality of the banks (the NPA issue), but I still have a feeling that there are a lot of positives happening in the Indian economy as of now.

What about the manner in which GST has been implemented? In hindsight one can say things can be done this way or that way.
Without the benefit of hindsight what can you say?

As I said to you, GST implementation (is) such a (large) structural transformation -- you are replacing so many taxes, across 29 states and 7 Union territories. Obviously there are going to be some problems.

Now the issue is how quickly we can solve the problems through the GST Council (Goods and Services Tax Council ) and get the system stabilised, within a reasonably short period of time. That should be the objective of the government.

Through social media everybody has a view. Everybody is an armchair economist. So many views are floating around. One is not sure what to believe. These can also affect the perception of India economically.

There are always stories that India will never succeed. At the end of the day one should not be swayed by opinions and one should be able to judge whatever story on its merit rather than being like an armchair economist...

So what you are saying is that there is a little bit of hysteria...

Of course, I don't blame anyone. That's the job of everybody. But at the end of the day you have to be insulated from all this hysteria and take an informed decision on what is going on.

But I think the Budget has gone off quite well in the last couple of years.

This year's Budget didn't give into populist measures everyone was expecting after demonetisation, so I think that was a positive step.

Hopefully the Budget will continue in the way it has been.