'For years, the RBI has been warning banks on probable frauds in bank guarantees and advised them to exercise due care.'
'PSB staffers feel their jobs are secured, hence there is no need to be vigilant and exercise financial prudence.' 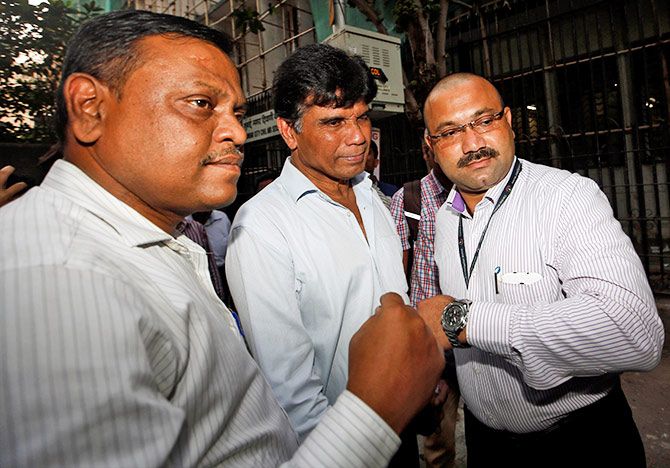 The Rs 12,717 crore (Rs 127.17 billion) fraud allegedly committed by Nirav Modi and his uncle Mehul Chinubhai Choksi is one of the biggest scams the country has seen since the nationalisation of banks in 1969.

Dr Sunil Gupta, former director of the Punjab National Bank and Dena Bank, believes privatisation of public sector banks is the only answer to stop such frauds. 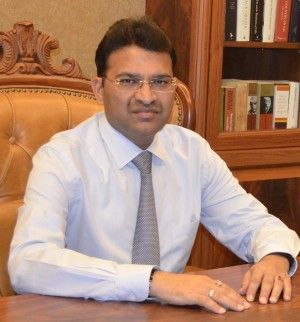 "There is no other option. Any banking company is a commercial venture that must make profits to survive," Dr Gupta, left, tells Rediff.com's Shobha Warrier.

As a former director of the Punjab National Bank, how shocking was the news of a scam of this magnitude?

It was shocking not just for me, but for any ordinary Indian who places trust in our banking system.

For every policy maker as well -- whether finance ministry or RBI -- this came as an unpleasant surprise at a time when we are already reeling under the pressure of high non-performing assets.

As far as my part is concerned, this was an operational lapse and being an independent director who could only access reports that were presented at board meetings, I can only feel bad that this fraud continued for so long without being detected.

However, the major chunk occurred in the past 1 or 2 years.

I agree that the diamond industry is difficult unlike gold where only purity and weight can determine the price.

In diamonds, the price lies in the eyes of the beholder and there is generally no global standard for determining the price of precious gems.

But one should never forget that the gems and jewellery sector is one of the most important in exports and contributes significantly to our foreign exchange reserves.

The sector has its valid credit needs and where can they go for this if not banks?

Only because someone procured fraud loans, the entire industry cannot be held liable.

Frauds are only easy to commit when banks are not vigilant enough and their staffers are complicit.

A junior officer allegedly issued the letters of undertaking based on which various banks gave crores of rupees as loan to Nirav Modi. Is it really possible?

Yes, and this is what has happened.

But also is the fact that his doings should not have gone undetected in audits, internal as well as external.

The SWIFT (Society for Worldwide Interbank Financial Telecommunication) system was not linked automatically with the CBS (core banking system) and the power to issue letters of undertaking was vested with this officer.

Other banks relied on these LoUs and gave credit by crediting PNB's Nostro account.

Here as well, the official handling Nostro accounts either knowingly let the transactions go through or failed in his duty to note such large amounts and raise flags.

After accepting the LoU, the foreign branch wrote a letter acknowledging and confirming that on the basis of the letter, they were giving credit.
And this kind of confirmation letter goes to the top official of the branch and not to any junior officer.
How come the fraud was not noticed then? Was it negligence or corruption?

I would say let the investigating agencies finish their job. They are best suited to come up with who all are complicit in the act.

The acknowledgement letter sent by the foreign branch may not have even landed at the desk of the top official and who knows in how many cases was this letter issued and in how many it wasn't.

Let us not make any assumptions and wait for the investigating agencies, the Central Bureau of Investigation and Enforcement Directorate, report.

The question everyone asks is Since the Nostro account is a very sensitive account and supposed to be under the watch of the foreign exchange branch, the head office of the bank and even the RBI. Then, how come nobody noticed the fraud?

I have spoken on this matter at many fora. PNB's Nostro account was handled at its head office in New Delhi.

As per the general practice, Nostro accounts are reconciled and their report is presented to top officials on a routine basis.

The official handling the Nostro account should also double check with the LoU issuing branch about the transaction so that any likely fraud can be nipped in the bud.

Again, I would say wait for the investigating agencies to determine if the official/s at the PNB head office had any role to play or were they guilty of not performing their duty carefully.

Not only Punjab National Bank, but other banks also gave loans to Nirav Modi. Are the banks not supposed to look into all the business transaction of his accounts? Why do you think they didn't do it?

The banking industry is also a commercial venture where one has to make profits from transactions to survive in competition.

Yes, ideally other banks must have gone an extra mile to verify if the LoUs issued were authorised, but since an LoU is a bank guarantee by other bank for repayment of loan, they thought of making any possible profit from the transaction.

As far as other (working capital) loans are concerned, yes, I have heard that the security against which they were issued was very less commensurate to the amount sanctioned.

Of course, this is a serious lapse on behalf of all banks who must have exercised financial prudence and due diligence while sanctioning loans.

Banks are audited internally and externally. How is it that nobody noticed a scam of this magnitude?

No one can currently say without any doubt that the scam remained unnoticed in all audits.

Whether internal or external by statutory auditors or by the RBI, all the audit reports must be examined by the investigating agencies on whether they were completely silent on such huge transactions or the higher management paid no attention to warnings and reservations by the auditors.

Another fact is that in PSBs, internal audits are a mere formality and external auditors generally avoid mentioning any flags as they fear the clout of top management (the appointing authority).

As far as RBI audits are concerned, the regulator must check why the delinking of SWIFT and CBS was never flagged and why the Nostro account credits went unnoticed.

Do you feel the RBI failed in its job and should take moral responsibility?

Who am I to say this? I am not a politician. I too am from the field of finance and understand the limitations of various institutions.

Why should the RBI be held solely liable? Was the corrupt official at the Mumbai branch their staffer? No.

But yes, as a regulator of financial institutions, the RBI must have assured that proper checks were in place. Like SWIFT and CBS are linked.

But you know, PSBs rarely take note of directives from the RBI.

For years, the RBI has been warning banks on probable frauds in bank guarantees and has advised them to exercise due care.

The issue is that PSB staffers feel their jobs are secured, hence there is no need to be vigilant and exercise financial prudence.

Tstrong>There is talk about privatising public sector banks to stop such scams. Is privatising PSBs the answer?

Yes, yes and yes. There is no other option. And I have rationales for this.

Any banking company is a commercial venture that must make profits to survive.

Look at private banks like Yes Bank and Kotak Mahindra. They have come up with great solutions only because staffers there have incentives to take good and financially prudent decisions.

PSB staffers -- if not all of them, then most of them -- lack a sense of responsibility owing to the job security they have and due to the clout of their trade unions.

Only when the government stake is bought by someone else will these banks start functioning as enterprises that seek profit and growth to stay relevant.

I won't say which bank to privatise first and to whom sell the government stake, but I would say that the current government is capable of taking this decision.

While privatisation can't be done in a day or a month, the government can meanwhile bring the concept of bad bank, PARA (Public Sector Asset Rehabilitation Agency), to life.

This bank should take over the bad loans of PSBs which are incapable (since they lack the requisite expertise) in the loan recovery process.

Armed with personnel specialised in loan recovery, bad banks can reduce the stress of NPAs.

After all these mega scams has the public lost trust in public sector banks?

It is a mixed feeling. First, the reports about bail-in provision where public deposits in banks could be used to revive failing institutions made the public anxious although that bill did not go through.

Then from the past three years, non-performing assets have surged in an unprecedented manner and now reports of a fraud to the tune of $2 billion.

The general public, by and large, has a feeling that banks are backed by the government hence they are not likely to fail.

Had it been otherwise and the public doubted PSBs, depositors of PNB would have withdrawn their money. But this isn't the case.

Let me also assure people that the Indian government, led by any political party, would never let any PSB fail.

Yes, people want to see robust financial institutions that post profits at the year-end and do not have high NPAs.

For this, the government must mull privatisation at the earliest.