'Government is in denial mode on the economy'

'The economy may not improve unless you admit there are some problems.'

Former chief economic advisor Arvind Subramanian's submission that India's GDP growth rates was over-estimated by 2.5% during 2011-2017 has put the spotlight on the economic data released by the Government of India.

Was India growing at a lower growth rate less than the 7% claimed by the government?

What kind of growth can we expect in the coming years?

Why is it that many economists are worried about the stance taken by the government?

"Unfortunately, the government is unwilling to admit there is anything wrong with the official numbers... When I talked to people in the Mumbai financial world, many of them say they don't trust the GDP numbers put out by the government," Dr R Nagaraj, below, a professor at the Indira Gandhi Institute of Development Research, tells Rediff.com's Shobha Warrier.

After Arvind Subramanian wrote a paper on India's growth, people are debating what India's real GDP numbers are. Do you feel it is in a way good that the issue is back in the news?

As a person who has started the debate in 2015, I think this is good. The government brushed aside the criticisms many of us had. But the GDP number, 4.5% which Arvind Subramanian had come out with, made many out there sit up and notice. After all, there is a number somebody has put forward.

So, to that extent, the paper by Arvind Subramanian has been useful to bring back the attention on the GDP numbers.

Do you feel this will make the authorities look at the Indian economy from a different perspective, and devise plans and take decisions accordingly whether they accept the figures or not?

My impression is the government will not officially accept it. But the decision-makers at various levels in their own way may accept the view, but what they do with it is left to them.

As far as I know, many of the private sector decision-makers have practically stopped using these GDP numbers.

When I talked to people in the Mumbai financial world, many of them say they don't trust the GDP numbers put out by the government. They have their own devices to gauge the economy.

Yes, both domestic and foreign investors.

I think the private decision-makers continue to use alternate numbers, and they may use Arvind Subramanian's number to check their own numbers. To an extent, it serves the purpose as private players are already not using the official numbers.

You were in disagreement with the CSO (Central Statistics Office) data based on the new methodology. Do you feel it overestimated the GDP numbers from 2011-2012 onwards?

Yes. In fact, I was probably the first person to raise this issue that there seemed to be an overestimation of GDP because of the change to the new methodology and the use of MCA21 database. This I did in my first paper in 2015 but I did not come up with an alternative number. I was able to show that there could be possible limitations in the methodology and that could have given rise to the over-estimation.

What do you feel is wrong with the new methodology?

Usually growth rates have to be roughly similar in the old and the new series but in this revision, there is a substantial difference. Like, for instance, in the manufacturing sector for the year 2013-14, the number changed from -0.7% to +5.5%. This kind of dramatic shift of growth rate in specific sectors usually does not happen. This gave rise to suspicion.

When I looked at it, I found that many of this could have been because of the use of MCA21 (A ministry of company affairs initiative to provide anytime/anywhere services to businesses) database, and the new methodology used to estimate GDP.

The MCA database has a lot of shortcomings which we have highlighted. It is a large unverified database.

And this is something CSO has admitted in their response to me. So, I say if this is the level of the problem, then the database is full of loopholes.

We are not sure what estimates they are getting. That's why I said, please make the data available to the public so that we can verify the veracity of the official numbers. 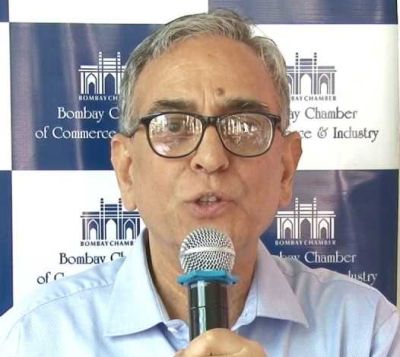 And they are not willing to make the data public?

Yes, they are not willing to make it public.

Their answer has been, we have used the SNA (System of National Accounts) 2008 which is a better template, and we have used a larger database and modern methods, therefore our estimates are perfect.

My point has been, just because it is larger, it does not make it a better database. They refuse to admit that there could be problems in the database.

Their claim is that their estimates are better. My question is, is it a better estimate or an over-estimate?

But they say the entire world is using the new methodology and not the old one which India was using till now.

I did not say we should not have a revised methodology. We should have the revised new methodology. And India has always revised our methodology periodically.

Revision was right, but the question is, how did you do the revision?

In the revision process, if you have introduced a database which is not verified, if you have used a methodology which is suspect and not made public in adequate details, then there could be some problems.

So, my plea right from the beginning has been, please make the information available so that we can verify the official claims. This they have denied.

This is not how a discussion can go on in a democracy. There must be more openness to engage with the critics, and make information available to all.

Only then, the government data will be trusted by people. This is how it happens in all mature democracies.

If not, the disbelief or distrust which the users of data have, will continue.

Why is it that they are reluctant to make the data public?

You have to ask them!

The prime minister's economic advisory council in its reply to Arvind Subramaniam said 'the methodology is in line with a transparent and well managed economy'...

Where is the transparency when the data is not available for scholars to verify the veracity of the estimates?

Why don't they tell us what multipliers they have used?

This is what we have been pleading for the last four years but they only asserted that their data was superior.

They have not divulged any information. And that is the root of all problems.

The eaconomic advisory council has disagreement on the 17 indicators Dr Subramanian has used. It says he looked at only industry while 80% of India's GDP constitutes agriculture and services...

I must say I have not read Subramanian's paper in detail, but I feel that is not a right criticism.

What he is looking at is variables that are correlated to GDP as whole, not particular sectors of it.

But when those co-related variables do not match with the GDP growth rate, you start suspecting the number.

When you claim the economy is growing at 7% to 8%, the credit growth is only 2% to 3%. Then you start wondering where the growth is coming from.

Similarly, if the claim is that industry is growing at 7% to 8%, when the capacity utilisation has been declining everywhere, you start wondering where the growth is coming from.

This is the kind of reasoning behind the variables Arvind Subramanian has used. This is done all around the world to cross check the official numbers.

One may quarrel with Arvind Subramanian on the specific variables, the fact is, he has broadly used the variables which move with the GDP for an alternative assessment of the economic performance.

The overall methodology used by him is fine, but details can be questioned or debated about.

One may disagree with the specific number he has come out with, but the fact remains that there is an overestimation of the GDP, and this is felt by a large number of people.

But the government does not even consider our argument. They say their numbers are perfect whereas the entire user community -- from government officials to private agencies -- say it seems over estimated.

Till now, everybody was baffled at the jobless growth we have had. Even when the economy was growing at 7% to 8%, there were no jobs...

Yes, it was ridiculous to believe that there was no employment growth when the economy was said to be growing at 7% to 8%.

Now we know that the output growth itself seems to been much lower.

Both poor output growth and poor employment growth seem to be moving broadly in the same direction. I think both are consistent.

Why is it that the numbers are very important?

GDP numbers are the most widely used economic indicators in the modern economy. So, reasonably accurate numbers are necessary.

We cannot go by a broad hunch while making policies.

There will be a move forward only if the government makes the admission that is a problem with the official GDP growth numbers.

Unfortunately, the government is unwilling to admit there is anything wrong with the official numbers.

They have dismissed every possible criticism which has come from all quarters.

The government is in denial mode. And that is the problem.

Do you feel if they are in denial mode, the decisions and policies also would be made accordingly and it will affect the Indian economy?

Exactly. It is like, a patient is unwell, but the faulty thermometer shows he is well. So, you don't give the right cure for the patient, and his health deteriorates.

That is our fear. All of us are worried about the situation.

The economy may not improve unless you admit there are some problems.