Banks and ARCs: Time to break the cosy relationship

Banks feel happy shifting their toxic assets from loan books to investment books while the ARCs enjoy the management fees with a smile, observes Tamal Bandyopadhyay. 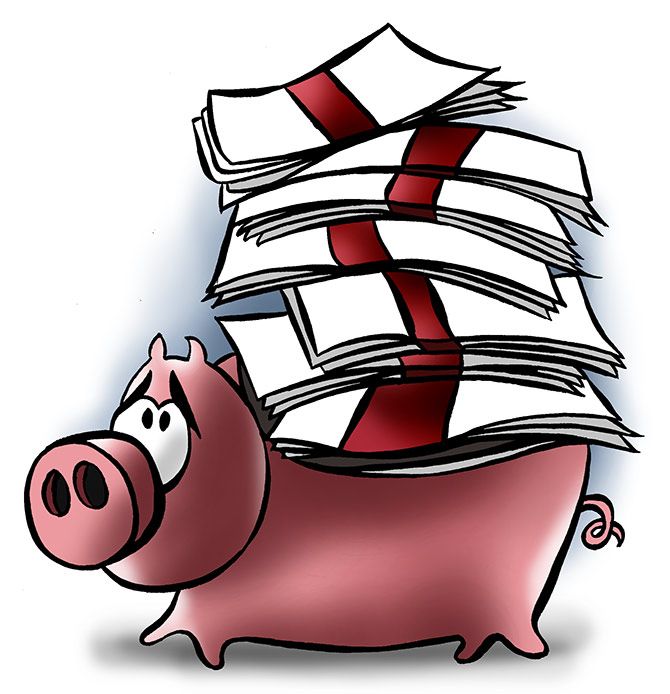 The Reserve Bank of India panel, undertaking 'a comprehensive review' of the working of the asset reconstruction companies (ARCs), has invited views and suggestions from market participants and other stakeholders.

I don't belong to either group, but let me make a few observations.

The ARCs are in the business of buying bad loans from banks and financial institutions and making money by recovering them.

Generally, they acquire the bad financial assets using a trust structure; they do not own the assets but manage them.

Their origin is a 1991 report on financial sector reforms by a panel chaired by former RBI governor M Narasimham after the central bank issued its first set of norms to classify bad loans.

After the Board for Industrial and Financial Reconstruction achieved little success in tackling industrial sickness, debt recovery tribunals were established for speedy recovery but they, too, could not speed up the process.

We went for ARCs as a panacea for all ills.

How have they fared in the past 18 years since the first such entity was set up by three banks?

There are 28 ARCs, but they haven't done much, neither for the banks nor themselves.

In the financial year 2020, 26.5 per cent of banking industry's bad loans were with the ARCs, lower than the chunk with insolvency courts that came into being in 2016.

The recovery rate for ARCs is 28.7 per cent. Again, lower than insolvency courts' 41.5 per cent.

The Securitisation and Reconstruction of Financial Assets and Enforcement of Security Interest Act, 2002, cleared the decks for setting up the ARCs when the gross bad loans of the banking system were 10.4 per cent, sliding from 19.5 per cent in 1995.

They dropped to 2.2 per cent in 2008 before rising all the way to 11.2 per cent in 2018, but the assets under the management of the ARCs haven't shown any correlation with the industry's bad loan trend.

Barring a brief spurt in 2014, when gross bad loans were 3.8 per cent, the ARCs are hardly active.

Why? Neither the ARCs nor the banks have taken the business of resolving the bad assets seriously.

In the initial days at least, the focus was on just 'managing' them.

The banks have been selling bad loans and receiving securities receipts, or SRs, in return.

Under norms, ARCs must offer at least 15 per cent cash while buying the bad loans; the rest can come in the form of SRs.

The ARCs themselves must subscribe to 15 per cent of SRs, increased in August 2014 from the earlier limit of 5 per cent.

This is fine, but no one bothers much about the redemption of the SRs.

The banks have generally been shifting the toxic assets from their loan books to the investment books (in the form of SRs), while the ARCs are happy enjoying the management fees. It's a cosy relationship.There have been instances where sponsor banks were "parking' the bad assets at the ARCs and the defaulters were buying back the assets from the ARCs at a price negotiated for the transaction!

Such 'back-to-back' arrangements may not be rampant, but they do happen.

Why aren't the SRs redeemed? Are there genuine reasons behind this or are acquisitions of assets at an inflated price being driven by consideration for management fees?

Why would the ARCs bother about resolution? They have five years for that, which can be extended to eight years.

After this, it gets written off both by the seller bank and the ARC.

If you ask the ARCs why they are not aggressively buying assets, they may blame the RBI norms that have tripled the minimum investment to 15 per cent in SRs.

They will also say that the value of underlying security often doesn't justify the seller banks' price expectations.

Their fees are linked to the net asset value (NAV) of the loans and not the outstanding value of the SRs.

Six months after buying bad loans, the ARCs must get the SRs rated.

Based on the rating -- which takes into account the progress in recovery -- the NAV is calculated.

The SR investors (including the ARCs) book losses when the NAV drops.

What are my suggestions?

Finally, one question: Why can't we have a sunset clause for the ARCs, which is a global norm?