'These banks are all owned by the same promoter, and the promoter is broke.

'That promoter also has great leverage over regulatory processes, and a poor track record in looking after the interests of minority investors,' says Devangshu Datta. 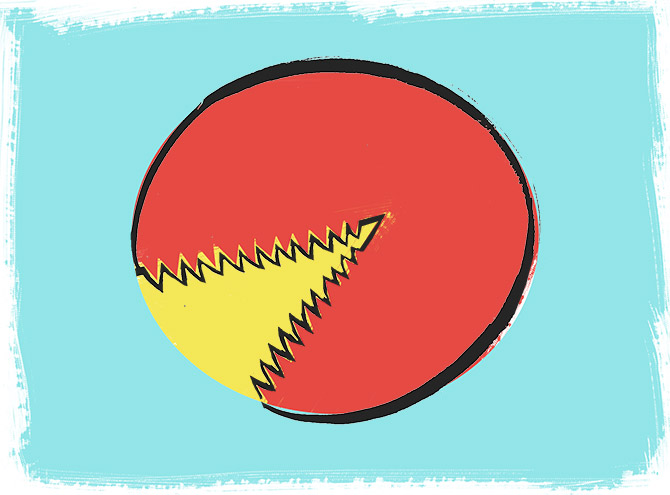 While falling inflation has many beneficial effects, indebted corporates may run into debt traps if it comes down sharply.

Profits are calculated on nominal revenues.

Interest is levied on the nominal value of loans.

This is one reason -- not the only one, by any means -- why non-performing assets have risen, as inflation has reduced.

If the nominal GDP growth rate dips below the rate of interest paid on government debt, it is a struggle to service debt.

India could be running into this problem.

India’s public debt is about 70 per cent of GDP. Inflation rates have been low for a while. Nominal and real GDP growth has dropped.

The central government owed about Rs 88 trillion by June 2019. This is about 46 per cent of GDP.

The averaged yield on that debt is about 8.3 per cent.

The states collectively owe another 25 per cent at higher averaged yields.

Consumer Price Inflation was 3 per cent, year-on-year in July 2019. Wholesale inflation was 1.08 per cent.

Government debt is hard to service in circumstances where the yield was higher than nominal GDP growth.

The government can try many things to ease this situation.

Ideally it will push up real GDP growth rates.

It can also try to raise the ratio of government revenue to GDP.

It can try to reduce yields on government debt via refinancing at lower rates.

It can also try to push up inflation to raise nominal GDP growth rates.

None of these policies is easy to implement.

Reflation -- deliberately inducing inflation -- would cause hardship for citizens.

But the overhang of vast borrowings at higher yields remains.

A lot of government debt consists treasury bills that trade at market prices.

Redemption involves buying off the market and would not reduce the cost of the debt.

If the government can’t comfortably refinance or service debt, it will lack the resources to undertake counter-cyclical measures to push up real GDP growth.

In the worst case, if nominal growth slows further, it will spiral down into a debt trap.

There are indications, such as the Reserve Bank of India’s (RBI’s) transfer of reserves, that the government is trying to raise revenues any which way it can.

One of its sources of non-tax revenue is divestment.

Another is spectrum auctions but that has also run into trouble.

One such method uses cross-holdings.

For example, a promoter may set up many companies. Each company uses the initial capital invested to buy stakes in the other companies.

The money returns to the promoter and the companies end up owning each other.

Those companies can then also borrow without the loans being reflected as benefiting the promoter.

The model of “divestment” in the ONCG–HPCL deal, or the PFC-REC merger, is similar to this strategy.

In both cases, a PSU bought the government stakes in another PSU.

Post-transaction, the government had money, and it continued to hold the same stake in the “divested” PSUs.

Meanwhile, minority investors in those companies suffered as reserves dropped, and debt rose.

What’s more, borrowings by these companies, including borrowings to fund these transactions, are not accounted as government debt.

Apart from cross-holdings, institutions such as LIC have also picked up stakes in public offerings by PSUs.

This leads to household savings being transferred to the government, while effective government control remains.

These methods have been used many times, quite cynically, by successive governments.

The proposed PSU bank mergers are worrying, given that history.

These are supposedly going to be share-swap deals.

These banks are all owned by the same promoter, and the promoter is broke.

That promoter also has great leverage over regulatory processes, and a poor track record in looking after the interests of minority investors.