Why govt should not withhold permission to GM crops

'The ill-advised policy of denying such useful and sought-after seeds to the farmers under pressure from the detractors of the GM technology needs to be revisited,' says Surinder Sud. 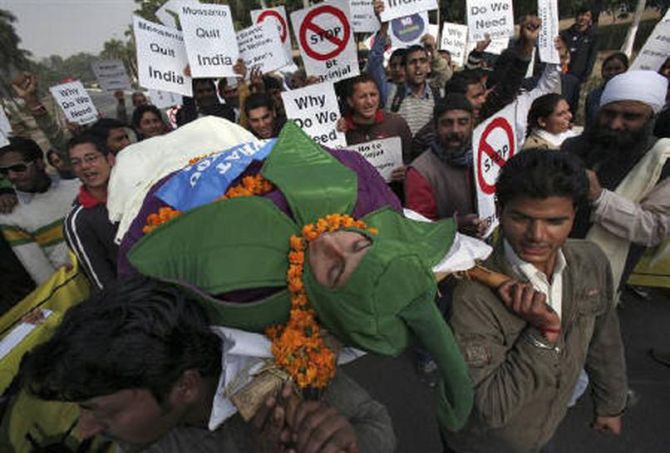 If there were any doubts about the genetically modified (GM) genes having already infiltrated into the food chain and environment, these should be dispelled with the recent discovery of widespread cultivation of unapproved GM seeds of crops such as brinjal and mustard, apart from cotton.

In fact, in all probability, this might have happened before the advent of the first gene-manipulated crop, Bt-cotton, carrying the alien toxic gene derived from Bacillus thuringiensis (Bt) bacteria.

The use of pest-killer Bt genes in agriculture, actually, began far ahead of the development of the genetically-engineered crops.

Farmers have been using Bacillus thuringiensis as microbial pest control agent for decades all over the world.

It has been a regular practice even in organic farming.

This aside, being common soil-dwelling bacteria, Bt tends to be ingested by animals and human beings, even if inadvertently.

Many imported food products, especially the processed foods, are also believed to contain GM ingredients without declaring it.

Thus, the proverbial genie -- as the Bt seeds are sought to be projected by the anti-GM activists -- is already out of the lamp.

If it had to do any harm to health, environment or biodiversity, it would have done so by now.

But there is hardly any convincing, peer-reviewed, evidence to suggest this. 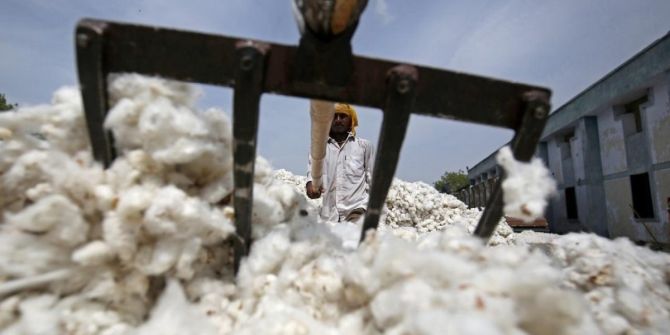 IMAGE: Farmers’ body Shetkari Sanghatana is opposed to a ban on genetically modified crops as they claim these are beneficial for farmers. Photograph: Amit Dave/Reuters

Continuation of the bar on the approval of new GM seeds is, therefore, pointless.

The farmers’ support for the GM seeds -- and hence for the genetic engineering technology -- is evident from the ongoing “civil disobedience” movement marked by planting of unauthorised GM crops in deliberate defiance of law.

The emergence of a supply chain of unsanctioned gene-altered seeds, which cannot happen in the absence of demand, is another proof of extensive farming of gene-tweaked crops.

Pro-GM farmers believe that such seeds are necessary to boost productivity, reduce costs and improve viability of agriculture.

Starting from Akola in Maharashtra, where the farmers chose to plant the unauthorised herbicide-tolerant Bt-cotton (HTBT-cotton), the farmers’ stir has spread to other states and more gene-altered crops like brinjal and mustard as well.

Punitive steps, such as filing of criminal cases against the cultivators and seed sellers, uprooting of standing crops and seizure of suspected seeds, have not deterred the participating farmers who prefer to call their agitation as “Satyagraha”, a term coined by Mahatma Gandhi for non-violent protest.

The government recently conceded in the Lok Sabha that the unapproved HTBT-cotton was being grown in states like Maharashtra, Gujarat and Andhra Pradesh.

The field inspection and scientific evaluation committee of the agriculture ministry reckoned the area under the illegal HTBT-cotton at around 15 per cent of the total cotton acreage in 2017-18.

Regular supply channels for the GM seeds of cotton and other crops are now known to exist in states such as Haryana, Punjab, Maharashtra, Gujarat, Andhra Pradesh, Telangana and West Bengal.

Thus, the ill-advised policy of denying such useful and sought-after seeds to the farmers under pressure from the detractors of the GM technology needs to be revisited. 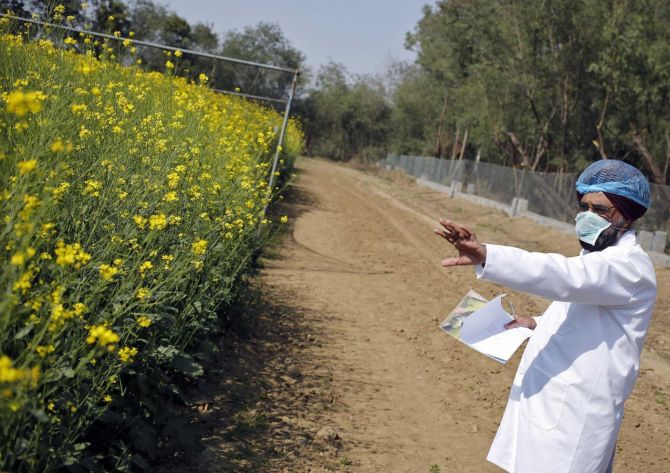 Though the governments of the states facing the GM Satyagraha have dropped hints about not acting harshly against the agitating farmers, merely a soft stance would not suffice.

A firm decision needs to be taken on the overall GM policy.

The lingering uncertainty about it has adversely hit the research on the problem-solving biotechnology and has led to the withdrawal of foreign investment from biotech companies.

Instead of falling for the misleading propaganda of the small, but vociferous, anti-GM lobby, the government should listen to the sane counsel of scientists, scientific institutions and science academies.

Once the safety aspects of the GM products are ascertained through requisite testing under controlled conditions and in open fields, there seems no reason for withholding permission for their commercialisation.

The government needs to appreciate the potential gains from the gene editing technology and start approving GM products on a case by case basis after examining their safety and suitability.