News
Business
Movies
Sports
Cricket
Get Ahead
Money Tips
Shopping
Sign in  |  Create a Rediffmail account
Rediff.com  » Business » IT job losses: Companies ready, but what about the government?

'While Indian IT has known what is coming and has a strategy ready to combat it, the same can't be said about the country and the government.'
'Restructuring of Indian IT will have a powerful impact on jobs for the middle class. And reskilling across the board has a strong chance of a social downside.'
Subir Roy's insight. IMAGE: Not all Indian IT and services firms have been equally affected by the current headwinds. TCS, the largest player in the Indian industry, is going about its business as if it is residing in a different planet. Photograph: Danish Siddiqui/Reuters.

The media is full of reports of the spectre of thousands of job cuts looming before the Indian software and services industry, dramatically altering the perception of the industry till now as a global winner. It is critical to understand the forces at play and see them in the correct historical perspective so that right supportive policies can help the industry tide over the present challenges.

The Indian software and services industry has historically displayed a cyclical pattern as new challenges have emerged and been overcome by evolving strategies.

The year 2009-10 was a challenge for the industry as it grappled with the great recession triggered by the global financial crisis of 2008.

Almost a decade earlier, as the tech and telecom bubbles burst, seriously undermining customer investment in new technology, and 9/11 cast its spell on the global business sentiment, Indian software and services vendors had to overcome headwinds.

So, this is an industry which has periodically encountered and overcome adversity.

The industry, which last year (financial 2016) employed 3.7 million people, had in a study of its own (Nasscom Perspective 2025) identified the task of rolling out a massive programme to "train and reskill 4-5 million people". So, it knew that it had to reskill in under a decade more than its entire current workforce.

Hence, the industry has not been caught unawares by the technological challenges before it, though the victory of Donald Trump, and hence his new visa policy may not have been foreseen.

It is also important to note that all Indian IT and services firms have not been equally affected by the current headwinds.

Quite dramatically, Tata Consultancy Services (TCS), the largest player in the Indian industry, is going about its business as if it is residing in a different planet. It has indicated no plans for letting staff go, in whichever way you like to couch the idea.

What is more, it just joined the Bihar government in inaugurating a 1,000-seat centre in Patna which will create 3,000 jobs.

Also, among all large IT and services firms operationally anchored in India, TCS is the most geographically diversified (54 per cent of revenue comes from North America), including extensive operations in India.

Conversely, the worst affected and currently the largest issuer of pink slips is Cognizant, which gets 75 per cent of its revenue from North America.

Two simple principles emerge from this, which are staple for business school students -- spread your business geographically as extensively as possible and be ready to do all kinds of work.

Any Indian who has recently got his passport issued or renewed by a Passport Sewa Kendra, almost entirely run by TCS, will vouch for the transformative role that the firm has played, making one corner of Indian's legendary bureaucracy incredibly customer friendly. After applying online, I recently walked out of a Sewa Kendra in well under two hours with a slip of paper saying my passport had been renewed and it was delivered to my home in under a week.

I doubt if TCS makes much money out of this part of its work, but look at the domain knowledge that it has acquired in transforming the customer facing parts of the Indian bureaucracy. Now juxtapose this with the declared aim of the government to take India digital.

Look at the business opportunity that exists as the Unified Payments System makes it possible for a barely literate Indian who was earlier scared to go near a bank or use a credit card to switch to digital payments by, among other things, his identity being established biometrically.

Also note the way in which the truly small shop owner will soon be able to get working capital one week at a time, based on the cash flow that he is able to establish through customers paying him digitally.

Further note the opportunity that a rapidly digitising poor country offers to innovative start-ups to develop applications from the humungous amount of data that a billion plus population generates.

How does Indian IT reinvent itself to counter the challenges posed by automation, artificial intelligence, cloud to offer a winning proposition in a rapidly digitising world?

The Nasscom study referred to earlier outlines a path.

While Indian IT has known what is coming and has a strategy ready to combat it, the same cannot be said about the country as a whole and the government.

The restructuring of Indian IT will have a powerful impact on jobs for the middle class. IT will no longer be the great job giver. And reskilling across the board has a strong chance of a social downside.

Look at the team leader in an IT firm with 10-15 years of service who has gone off technology and into management. For him, with a family and EMI for an apartment to take care of, learning a new technology to hold on to his job will be a daunting task. 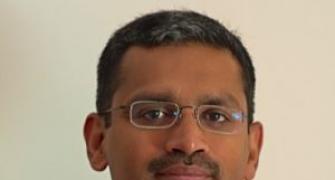 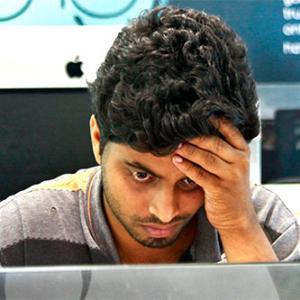