News
Business
Movies
Sports
Cricket
Get Ahead
Money Tips
Shopping
Sign in  |  Create a Rediffmail account
Rediff.com  » Business » Did the world dodge a bullet in the crash of 2008?

The crisis was not that much of a problem; the response -- the over-reaction, the sovereign debt build-up and the lasting anger -- is the problem, says Mihir S Sharma. 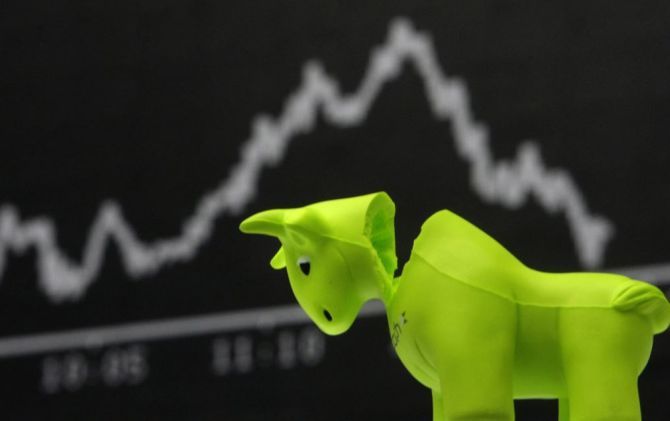 By this time 10 years ago, it was already clear that finance -- or at least Wall Street and the City of London -- was dangerously over-extended.

To those in the business, it was no longer a question of “if”, but “when”.

The wise began to unload their most worrying bets; the foolhardy wondered if they would make money in the fall.

As the movie Margin Call -- easily the best thing written or filmed about the crisis -- explains, only the person who gets out first survives.

That September, as Lehman Brothers fell and AIG looked set to follow, I was actually quite optimistic.

If AIG too went under, I felt, the systemic shock was so great that deep reform to finance was inevitable.

But the US federal government swung into action, AIG was saved, and although the crisis did of course hit -- with a money market freeze, a credit crunch and so on -- the worst was avoided.

In the decade that followed, I think many people assumed that the world just about dodged a bullet. But, in retrospect, I wonder: Did we?

Growth has returned to many economies, finally. But at a cost.

The slowdown was lengthier than necessary in many countries.

In some places, such as India, the fiscal stimulus was too heavy and allowed to go on for too long -- the profligacy of the government in 2008-09 contributed considerably to its struggles when conditions turned even more adverse in 2012-13.

In other places, such as the United Kingdom, austerity may have been too harsh -- or, at least, cut down on the wrong things, such as local government spending.

The inability of governments to raise enough resources to provide stability through fiscal policy led to central banks taking on the role of saviour through extraordinary monetary policy.

The book has not been closed on this mechanism. But critics are at any rate correct that it had severe distributional implications that have not been thought through properly.

Owners of capital were rewarded at the cost of other factors of production.

In India, the problematic stimulus led to a last binge of borrowing to keep unviable projects afloat.

This has contributed not just to what Arvind Subramanian has called “stigmatised capital”, in the sense that government support of capital is now suspect, but also to the ongoing banking crisis.

Companies that should have cleaned up following the crisis expected the government to fix matters for them.

Sectors grew fat on lower indirect taxes and now complain about the goods and services tax instead of demanding competitiveness-enhancing reform.

In those countries where austerity left deep marks, we see the resurgence of problematic notions of economic organisation.

Economic populists of the left and right sound more reasonable to voters than they did a decade ago.

As for the United States, the combination of bank bailouts and Fed policy left many with a deep suspicion of the power and influence of Wall Street.

Donald Trump’s anti-globalisation rhetoric needs to be seen in this context.

Many would declare the US’s prompt action to save its financial system -- and for that matter, systemically important companies like the car majors in Detroit -- a success.

The Federal government, we are told, did not lose money on the operation. But I do not think this judgment will hold over time.

The notion that governments are a backstop for bad corporate and financial decisions has unfortunately taken root.

This is dangerous in any market economy -- but particularly in those, such as the United States, which are driven by risk-taking in the private sector and with relatively light regulation.

The crisis was not that much of a problem; the response -- the over-reaction, the sovereign debt build-up and the lasting anger -- is the problem.

We continue to live in an age of over-reaction to the financial crisis.

Consider, for example, the constraints on international banking imposed by the Basel norms that took root in the aftermath of the financial crisis -- Basel-III -- and their subsequent modification and finalisation last December, in what some are calling ‘Basel-IV’.

Sharp increases to the capital requirements and caps on exposure for banks, as well as a ban on maturity transformation of funding, have led to a constriction in lending.

Basel’s philosophy of control and restraint may not hurt banks, and may have some benefits in terms of systemic strength.

But the costs are disproportionate and not properly accounted for.

In the words of Gonzalo Gasos of the European Banking Federation: “The cost (of Basel-III) is allocated asymmetrically between businesses. Certain portfolios that are critical for the economy like trade finance, SME lending and long-term project finance, are hit by every regulation: capital, leverage, and especially, funding.”

Meanwhile, finance itself has not reformed to the degree that it should have.

It may take less risk, but is not noticeably better incentivised than it was in the past. It has grown fat and lazy on extraordinary monetary policy. Central bank watchers have replaced skilful intermediaries.

We have been thrown on our own resources. Governments cannot raise enough revenue to both build infrastructure and meet social goals like the Sustainable Development Goals.

When they turn to the debt markets to borrow, they distort the markets so greatly that corporate bonds struggle to compete -- and thus companies, frozen out of bank lending, cannot even go to the bond market for succour.

The most lasting consequence of the crisis may well be the persistence of the infrastructure deficit in the Global South, with horrific consequences for long-term growth.

The low-cost, low-quality infrastructure that will be built will have damaging effects on well-being and might lead to us losing the fight against climate change.

Many asked for boring finance in the years after the crisis, and used government power to enforce it.

They got what they wanted, to an extent -- finance did not suffer as it should have, and now no longer takes the risks it should.

As a consequence, the world may be worse off than if we had allowed events in 2008 take their course. 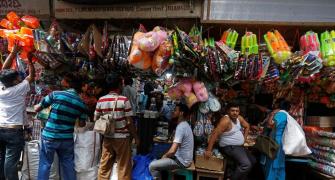 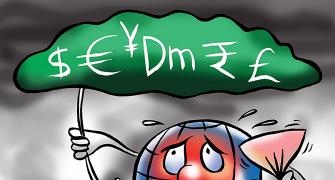