The timing is ripe for the creation of multiple special situations realty focused vehicles/funds that can act as catalysts to provide the much-needed boost of liquidity and impetus to the sector, says Shekaar Subramanian. 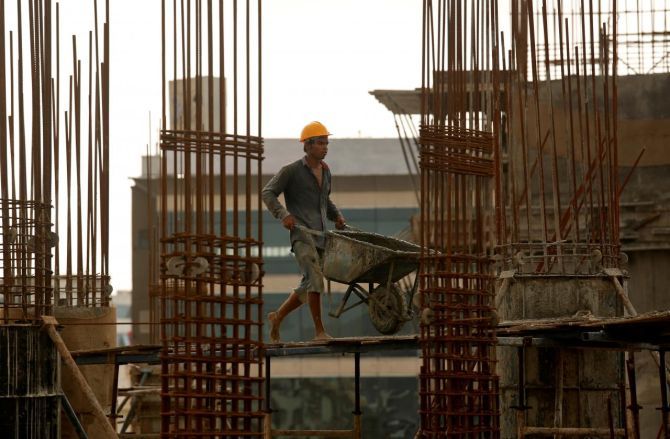 Mike Tyson, the world-acclaimed boxer, once famously exclaimed: "Everybody has a plan until they get punched in the face."

The real estate industry is no different.

The property sector was pounded by the triple tsunamis of demonetisation, the Real Estate Regulation Act, and goods and services tax, which left the industry in a much weaker position, given the toxic highs it witnessed during the earlier years.

Before Covid-19, the sector was grappling with multiple headwinds of customer reluctance, inventory overhang and half-baked projects across the country.

The sector was reeling from a mountain of unsold inventories, flagging sales, tepid demand, and demoralised investors, not to mention weak balance sheets of various developers, many of whom have simply disappeared.

The collapse of IL&FS and DHFL further compounded the woes of the sector.

A quick rewind of the events would shed light on the fact that till about a year ago, the developers were functioning on the backbone of high-rolling octane-fuelled debt financing, which was the mainstay of many large non-banking financial companies (NBFCs), which simply kept the monies coming in for refinancing one project after the other.

Alas, with the collapse of a few large NBFCs, the music had to come to a halt.

The fuel called liquidity suddenly became an extremely precious commodity and as a result many NBFCs started to scramble for funds and desperately endeavoured to set their own houses in order lest they too meet with a similar fate like many of their own borrowers.

It's no secret that many of the financial institutions had made the cardinal sin of borrowing short and lending long, especially on illiquid realty assets, many of which didn't even take off and as a result several of the once high-flying thematic NBFC/HFCs and renewable energy-focused wholesale NBFCs were staring at a massive asset-liability mismatch.

A simple glance at the numbers produced by various stakeholders, research institutions and international property consultancies would more than suffice to drive home the point of a grim and distressed property market.

According to the latest reports, developers in the top seven cities of India are sitting on unsold inventories worth a staggering Rs 3.7 trillion.

According to other reports, more than 600,000 homes are currently lying unsold.

With such a huge pile-up of unsold stocks that are finding no takers, the time to sell these has been estimated at approximately 3.3 years.

With the advent of the current crisis, there are no prizes for guessing that this figure is highly likely to shoot up even higher.

Many projects would be facing severe delays in re-starting work owing to the ack of cash and labour because most of the workers on these sites have left for their home states.

The situation is so uncertain and grim that the doyen of housing finance, Deepak Parekh, himself had to champion their cause and go on record, requesting the Reserve Bank of India and other respective stakeholders to consider a one-time restructuring of all the loans and reclassify the non-performing assets recognition norms to 180 days from the current 90 days.

However, there is hope.

As they say, every crisis also brings with it an opportunity.

The timing is ripe for the creation of multiple special situations realty focused vehicles/funds that can act as catalysts to provide the much-needed boost of liquidity and impetus to the sector.

These special situation funds (SSFs) can be structured in a holistic fashion such that they constitute the bringing together of bulge-bracket private equity funds, especially those which have been consistently investing in the richer cousin of residential real estate, namely commercial properties with large listed/corporate developers who can provide their expertise in terms of project execution and marketing and sales.

The idea is to enable the sponsored vehicles backed by large foreign PE shops and large developers to cherry-pick and acquire sizable projects that are currently stuck for want of liquidity and other resources.

Given the relatively low valuations of unsold inventory with stressed developers, these specialised funds/vehicles can acquire stressed project portfolios at deep discounts, thereby creating enough incentives for their economic models.

A few examples of this manifesting into an effective vehicle could be the teaming up of large private equity/sovereign wealth funds such as Blackstone, Brookfield, or the GICs and ADIC (Abu Dhabi Investment Council) of the industry together with established players such as Godrej Properties, Prestige Group, Mahindra Lifespaces and Oberoi Constructions, which have executed large and complex projects in the past.

The teaming of the special PE funds, together with large listed/corporate developers, can enable them to buy out existing stressed developers' projects and take them to the finish line by injecting the required amount of financing coupled with project development and execution brought in by the development partner.

Not only would this restore confidence in the buyer who is now assured of a timely delivery, given the reputed brand associated with the project, but also with the financing in place, the banks can look at providing construction finance or home loans to the prospective customers of the said project.

Additionally, the recent announcement by the finance ministry with regards to the suo motu extension of all realty projects timelines by six months may give an added incentive and time cushion for the special situation funds to consider stuck proposals in a better light.

Special situation funds in themselves may not be a one-size-fits-all approach for the sector but it can surely alleviate the existing pains with respect to large stuck projects across the country.

After all, one should not ignore the fact that the construction sector is the second largest employer in the country after agriculture.

And as far as the resurgence of investors in realty is concerned, as one wisely said, "The best investment on Earth ... is earth".

Shekaar Subramanian is head of structured finance at an NBFC. 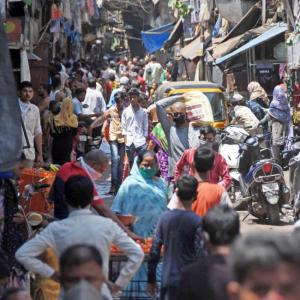 Covid-19: How Mumbai has been done in by poor planning