News
Business
Movies
Sports
Cricket
Get Ahead
Money Tips
Shopping
Sign in  |  Create a Rediffmail account
Rediff.com  » Business » Why the new National Health Policy is a step in the wrong direction 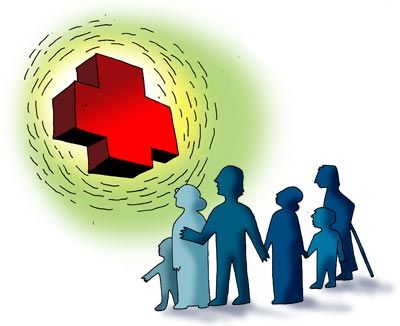 The draft National Health Policy 2015, released by the government to invite public comments, may pose formidable problems of implementation. The policy is an odd throwback to the language of the previous regime.

It aims to make health a fundamental right, similar to education, the denial of which would be justiciable.

The implementation of the policy would require public health spending to rise to nearly 2.5 per cent of the gross domestic product, from the present dismal one per cent, with the Centre bearing about 40 per cent of it.

To meet these expenses, the policy draft wants to introduce a complex system that relies largely on tax collection but also proposes tapping the services of not-for-profit ventures and trusts.

A health cess is suggested, on the lines of the education cess, on specific commodities such as tobacco and alcohol.

An assortment of secondary and tertiary services are proposed to be bought by the government from public and private healthcare facilities -- though it is unclear how this differs from the present system of 'empanelled' private hospitals.

This system has not proved very effective for various reasons, including delayed and inadequate reimbursement of the costs.

Indeed private provision and public financing is everywhere a recipe for disaster, and will serve no interests but that of private healthcare providers.

The new policy acknowledges that the present concept of primary healthcare covers hardly 20 per cent of the health needs and that heavy out-of-pocket health expenditure is pushing nearly 63 million people into poverty every year.

It has, consequently, done well to broaden the definition of primary healthcare to include more services related to reproductive and child health as well as several infectious and non-communicable diseases.

But although bringing down medical expenses has been listed among the major objectives of the new policy, it has no ideas on how to do it.

It is silent, for example, on regulating the private healthcare sector.

Considering the myriad glitches faced by the rights to food, education and employment, it seems puzzling that a right to health is being added to that list.

The country’s existing public healthcare infrastructure is in a shambles -- and is anyway woefully inadequate, being ill-equipped and under-staffed. Most health centres even at the district level lack basic diagnostic facilities.

Nor do they usually have the essential drugs they need.

Though healthcare is a state subject, most states starve it of resources.

Even the Centre, which recently announced its intention to launch a countrywide programme of free drug supply, seems to be dragging its feet following a 20 per cent cut in the sanctioned health Budget for the current fiscal year.

In the end, good healthcare is about effective and well-administered public provision of the basics.

Seen that way, the new policy is a step in the wrong direction. 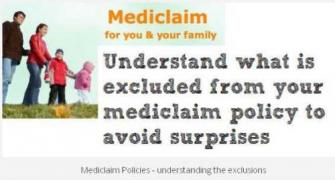 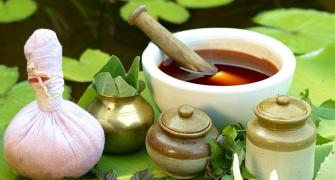 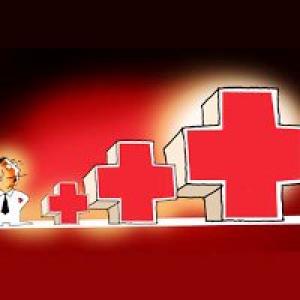