News
Business
Movies
Sports
Cricket
Get Ahead
Money Tips
Shopping
Sign in  |  Create a Rediffmail account
Rediff.com  » Business » Why the govt is failing to rein in fiscal deficit?

Why the govt is failing to rein in fiscal deficit? 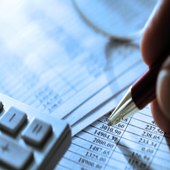 Yes, in the normal course, there should be close coordination between the two authorities.

This, of course, should be without any one of them undermining the independence of the other.

The economy and all economic entities will gain if the finance ministry and RBI were to see eye to eye on what needs to be done to achieve higher growth with low and stable inflation.

Yet, the question over coordination between the two authorities is now a subject of heated discussion both in North Block, the finance ministry headquarters, and Mint Road, where the RBI head office is located.

This is because the finance ministry is keen on RBI reducing the interest rates, so that the economy's stuttering growth engine gets fresh momentum.

The ministry believes that a hawkish interest rate policy of the past few years has failed to tame inflation and has only succeeded in damaging growth prospects.

So, it is now time to change the policy's direction. Why not reduce rates to supplement the government's recent reformist moves to revive the slowing economy?

RBI has so far remained unimpressed by this argument.

It has expressed concern over the dangers of widening fiscal and current account deficits.

It has noted how inflation is still ruling at around eight per cent, well above its comfort zone.

Worse, it has not seen any significant government move that will restrict the Budgeted fiscal deficit to 5.1 per cent of the gross domestic product in 2012-13.

Even by the finance ministry' internal estimates, the deficit may well cross 5.3 per cent of GDP.

Food subsidy Bill for the first half of the current financial year is already 36 per cent more than what was budgeted for the year.

The decision to hike diesel price and cap subsidised cooking gas supplies will make only a small dent on the government's huge subsidies bill, currently estimated at around two per cent of GDP.

With growth slowing, tax revenue collections, too, are a problem.

side, the government may be able to show some gains by cutting Plan outlays on some programmes.

It may even postpone a few items of expenditure to the next financial year.

But the problem of a widening fiscal deficit is not going to be solved this year. So, why should RBI agree to cutting rates, in spite of fiscal laxity and untamed inflation?

Indeed, if you don't see coordination between the finance ministry and RBI on what should be done for the economy, it is because the government has failed to keep its promise of reining in the fiscal deficit.

It is still hoping that RBI will cut the rates, though there are no signs of reducing the deficit or inflation coming down to anyone's level of comfort.

If only the government got tough on ensuring fiscal rectitude, RBI surely would have been forced to play ball.

Since that did not happen and the finance ministry is simply prodding an apparently reluctant central bank to reduce interest rates, is that a coordination problem?

The government may well have political compulsions that do not allow it to take the many tough decisions it knows that it must take to rein in the fiscal deficit.

Fortunately, however, RBI has no such political compulsions and it should be allowed to take decisions purely on the basis of objective economic conditions.

The dangers of forcing a coordinated move by the finance ministry and the central bank in such a scenario are many and the harm that this might do to the economy will be incalculable.

It is not just in respect of the pursuit of monetary policy where the bugbear of coordinated action can threaten a smooth management of the economy.

The government's gentle nudge to the central bank to expedite grant of new bank licences, though there is no progress on the legislation empowering the banking regulator to supersede bank boards, is one such case where extreme caution needs to be adopted.

The government also seems to be in favour of relaxing prudential norms for recognising stressed assets to give some relief to the corporate sector and create a feel-good factor.

But a central bank not agreeing to such moves is likely to be accused of being a spoilsport by refusing to endorse a coordinated strategy to revive the economy.

An economy can perhaps afford, at least for some time, a government keen on moves that are fiscally irresponsible.

But the consequences of a central bank falling in line with such government moves simply for the sake of a coordinated strategy can be disastrous.
A K Bhattacharya
Source: 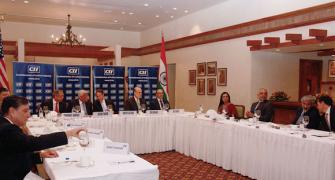 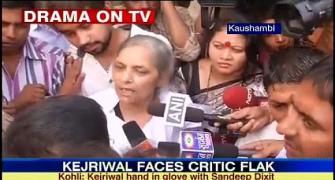 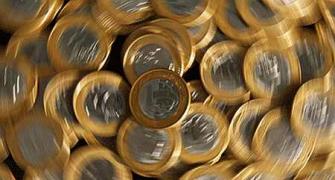 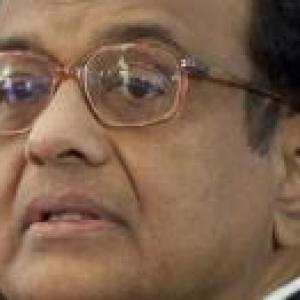 Govt may not be able to keep fiscal deficit at 5.1% 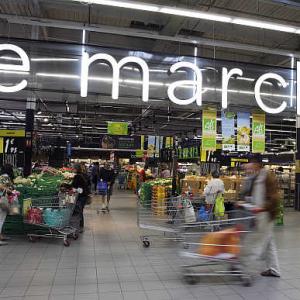