We need to look at the acceptance of deposits for lending as a tightly regulated public utility, which is essential for the economy but has limited profitability, rues AV Rajwade. 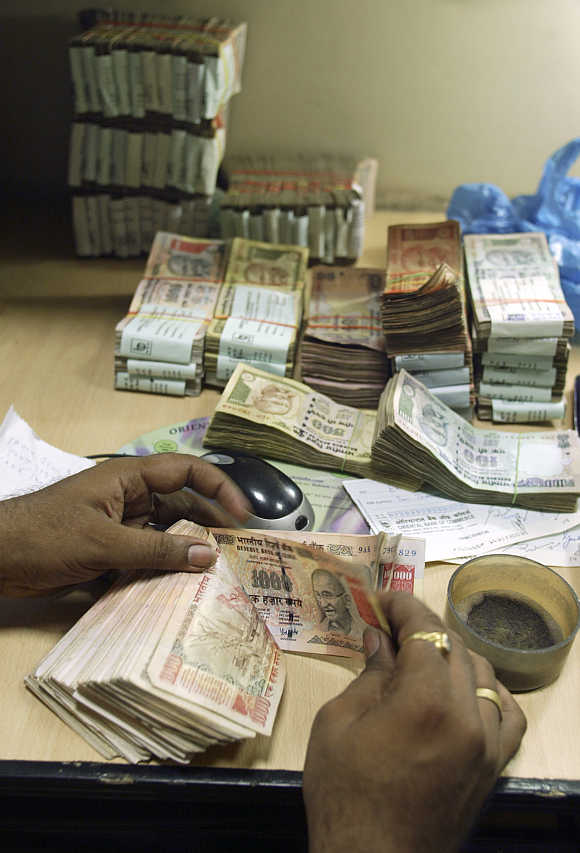 I recently came across the comments made by Nobuchika Mori, commissioner, Financial Services Agency, Japan, at the Pan Asian Regulatory Summit earlier this month.

Mori raises several issues in relation to the Basel III banking regulations, in a language refreshingly free of the jargon too often used by policy-makers. He starts off with his disappointment that "there is no summit in sight in the current global regulatory landscape: Even though we have been climbing up the mountain for the last seven years… would such endless regulatory reforms contribute to sustainable economic growth?... Would our focus on the prevention of recurrences of the past crisis not make us poorly prepared for the next crisis, which may come with a totally new outfit?"

On the last point, I recall that credit derivatives and products structured from them were an innovation of the 1990s: the objective was to get around the then existing capital charges for credit risks under Basel. And, lest we forget, the complex structures were at the heart of the 2008 crisis.

Mori raises another major issue: "financial stability is not a goal in itself. It is a means to ensure sustainable growth". The global economy surely does not need the stability of the graveyard!

Mori also criticises the complexity of the regulatory approach by referring to the fact that "the factories manufacturing new regulations are still operating at their full capacity.

Around 50 expert groups established by the Financial Stability Board, 40 by the Basel Committee on Banking Supervision, 30 by the International Organization of Securities Commissioners, and 20 by the International Association of Insurance Supervisors are drafting new regulations or monitoring their implementation… Each jurisdiction is drafting its own national regulations".

The resultant "higher capital and liquidity requirements, as well as enhanced system for risk management, compliance, disclosure and reporting, all incur costs on banks".

As he goes on to say, banks will transfer the cost of regulatory compliance to their customers - in other words, to the real economy.

This would mean lower returns for depositors, even as borrowers pay higher costs. Mori is also rightly worried that "regulation induced credit crunch may… fall disproportionately on emerging markets.

This may exacerbate the capital outflows, which are already happening, and may be accelerated by the potential rate lift-off. The impact may be heavier as emerging economies rely more on banking finance than on market-based finance".

And, will the ever-higher capital charges achieve financial stability?

It is worth recalling that the first bank to face a run on its deposits back in 2007 was Northern Rock, which had the highest capital ratio amongst UK banks. My personal accounts are with a private bank: have I ever bothered to look up its capital ratio?

On the other hand, if someday I see a queue of depositors for withdrawing money, I surely am going to join it! Rational? No. Reality?

Yes. It is interesting that recently when a nationalised bank disclosed a sharp increase in its non-performing assets and a 95 per cent drop in profitability, the ratings company maintained the rating, confident of the owner's support in the event of a problem.

If a crunch comes, the public ownership may count for more than all the complex models.

One wonders whether there could be several unintended corollaries of the ever-higher and more complex capital requirements for the banking sector: Increasing disintermediation?

Crowdfunding through electronic platforms is already becoming a reality; I have come across estimates that something like 30-35 per cent of the market making transactions in the global currency markets are being done by non-banks; Will greater qualitative emphasis be more useful?

One such approach, namely ring-fencing retail banking from so-called investment banking, was recommended by the Independent Commission on Banking appointed by the UK government in 2011.

Do we need to look at the basic business of banking, specifically, the acceptance of deposits for the purpose of lending as a tightly regulated public utility essential for the economy, but with regulated profitability?

Back home, last year the banking regulator introduced the Liquidity Coverage Ratio (LCR) for Indian banks. As it is, the Indian banking system probably has the highest reserve ratios in the world in the form of the Statutory Liquidity Ratio (SLR) and Cash Reserve Ratio (CRR).

Surely there is a case to marry the LCR and SLR/CRR and not do copy-paste regulation?