News
Business
Movies
Sports
Cricket
Get Ahead
Money Tips
Shopping
Sign in  |  Create a Rediffmail account
Rediff.com  » Business » Why major currencies including the INR have slumped against dollar

The real causes underlying the dollar's appreciation are two speculative strategies: momentum trading against the euro and the yen, and reversal of carry trades, notes AV Rajwade. 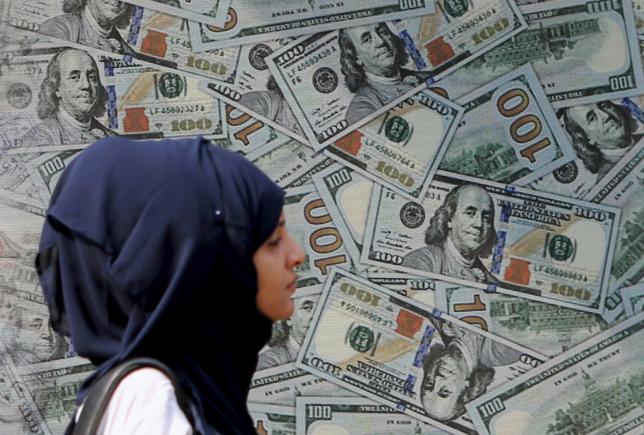 As indications mount that dollar interest rates would be hiked (probably next month), the currency has been strengthening significantly in the exchange markets over the last year - against not only the euro and the yen, but also against most emerging market currencies.

Many emerging economies have witnessed a flight of foreign portfolio capital and their currencies have slumped against the dollar.

At present, there seems to be a general agreement among participants in the currency market that rising US interest rates would lead to investors buying dollars, and the upward trend would continue.

Is this a bit too simplistic, or yet another manifestation of "retrospective determinism"? It can as well be argued that the prospect of rising rates means lower bond (and equity) prices, which should lead to a flight of capital from US markets - and a lower dollar.

It seems to me that the real causes underlying the dollar's appreciation are two speculative strategies used by currency traders: momentum trading against the euro and the yen (buying an appreciating currency, selling a falling one); and reversal of carry trades (borrowing low interest dollars and investing in higher yielding emerging market bond markets.

Even Japanese housewives, "Mrs Watanabes", seem to be indulging in such trades).

Markets are supposed to be "efficient" in reflecting the underlying fundamentals and allocating capital to countries and companies, which are expected to give the highest returns.

In fact, most of the models in quantitative finance such as the value at risk model, the Black-Scholes option pricing model etc are based on random fluctuation of prices, with price changes conforming to the Gaussian, "normal" distribution.

Basel III models for capital adequacy are based on the same assumption: in a way, this is ironic because the pre-crisis regulatory framework was based on the same models which, as former US Federal Reserve chairman Alan Greenspan confessed later, "in September 2008, those venerated models suddenly stopped working.

The whole period upset my view of how the world worked - the models failed at a time when we needed them most… and the failure was uniform" (quoted in "Crash Course" by Gillian Tett, Financial Times, October 25, 2013).

According to a study published in the Bank for International Settlements Quarterly Review, December 2011, momentum trading and carry trades are the two most popular and successful trading strategies in global currency markets.

Neither should work if markets were "efficient".

The success of momentum trading suggests that price changes are not random; they often display auto-regression, one day's price change influencing the next day's. Simple rules such as technical analysis, based on published and available information, can make money, as banks' trading profits evidence.

Nor should carry trades: from first principles, the equilibrium exchange rate between two currencies is such as to equate the purchasing power of the two currencies in the two markets.

Therefore, to maintain purchasing power parity, currencies of high inflation countries should depreciate against those of low inflation economies: so carry trades should not work.

That the strategies work most of the time suggests that markets are driven not so much by fundamentals as by speculation, not by investors but by traders.

The result of the highly speculative market is that "exchange rates do overshoot compared with the levels that are consistent with underlying fundamentals... also because of the self-fulfilling nature of investors' expectations, and the herd behaviour that influences aggregate market developments.

Overshooting is the rule rather than the exception, and is very difficult to mitigate" ("Why the currency-war deniers are wrong" by Lorenzo Bini Smaghi, A-List, Financial Times, 2013). To put it differently: "Economic theory is that of the rational economic man.

The reality is that herd mentality, impulse buying and insufficient research underlie decision-making more than rationalism.

The result is that exchange rates deviate far from their equilibrium values" (quote from a letter by Saro Agnerian in The Economist, March 9, 2013).

The likelihood of higher interest rates in the US is based on expectation of higher inflation at a time when both the euro zone and Japan continue to experience price deflation.

On economic fundamentals therefore, the dollar (and the rupee) should be depreciating, and not appreciating, against the euro and the yen.

But who am I to challenge the wisdom of the almighty markets and central banks? 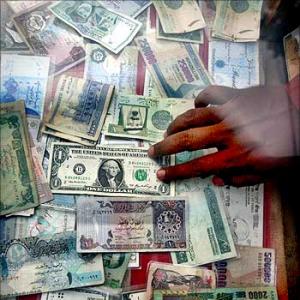